In the 1950s and 1960s the Alpine Rally, officially known as the Coupe des Alpes, was one of the most prestigious rally events on the global calendar, on par with the likes of the Monte Carlo Rally.

This film covers the 1958 running of the event, a brutal multi-day race that stretched from Italy though Switzerland and into France on public roads that were open to the general public – forcing competitors to dodge trucks and other moving obstacles while racing.

As the name of the event suggests, it took place almost entirely in the Alps winding around the famously treacherous passes though the European mountain range. The 1958 Alpine Rally made its way through 70 named passes on its route, with the highest reaching up to over 8,500 feet. 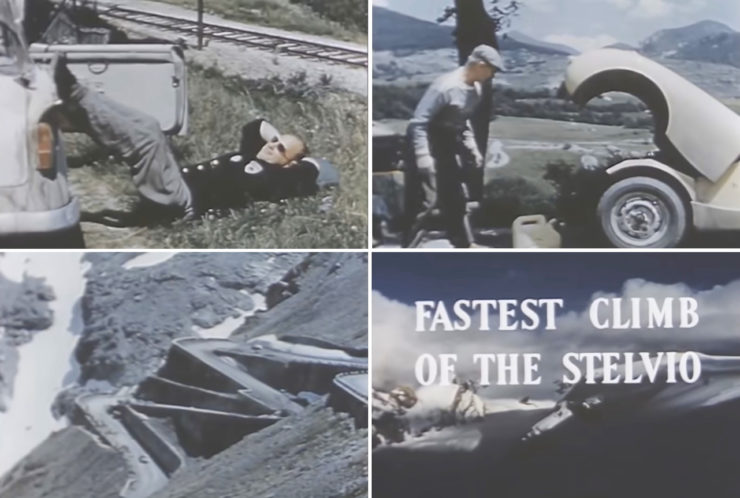 Of the 55 entries just 25 would see the checkered flag at the finish line, the brutal nature of the Alpine Rally made it a major victory for anyone able to claim the trophy.

The famous Stelvio Pass with its countless switchbacks makes a notable appearance in the film, with driver Paddy Hopkirk doing his best to keep his Triumph TR3 on the asphalt with a blown rear tire –stopping to change it during a timed section would have resulted in a fail.

Lengthy sections of various mountain passes have no safety railings at all, some roads have drop offs that lead down steep mountainsides thousands of feet down to the valley floor below – essentially a certain death sentence for any driver who goes over the edge.

Of the 55 two-person teams who entered the 1958 Alpine Rally just 25 completed the event, perhaps a good indication of just how grueling it really was. 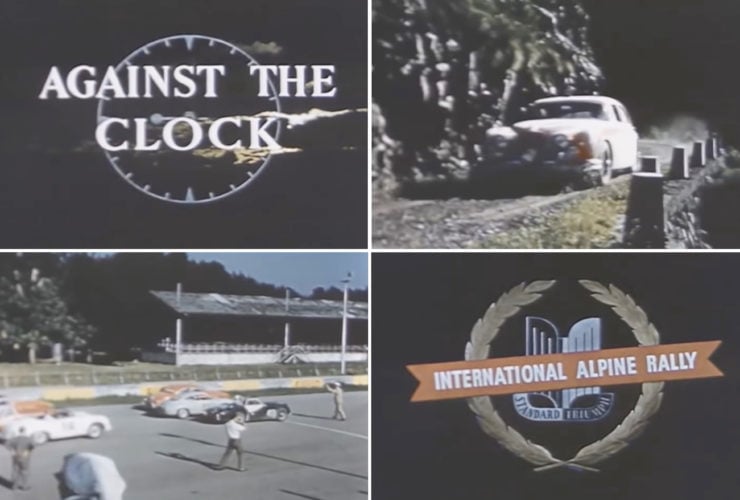 The 1958 Alpine Rally began at the Monza circuit in Italy, including a few laps, before the cars headed off on open public roads up into the Alps to cross 70 mountains passes up to 8,500 feet in altitude.

This film was produced in-house by The Standard Motor Company, they were the owners of the Triumph Automobile brand at the time, and just a year after this film was released in 1959 they would officially change their name to Standard-Triumph International.

Despite the fact this film was made by a company fielding their own cars in the rally it does a good job of capturing the action and showing the other drivers and their cars in action.

The entry list was a veritable smorgasbord of 1950s sports cars including the Triumph TR3, Austin-Healey 100/4, Alfa Romeo Giulietta SZ, Sunbeam Rapier, Austin-Healey Sprite, Porsche 356, Ferrari 250 GT, and a slew of others.

If you would like to read more about the history of the Coupe des Alpes you can click here to visit the informative Wikipedia page on the subject. 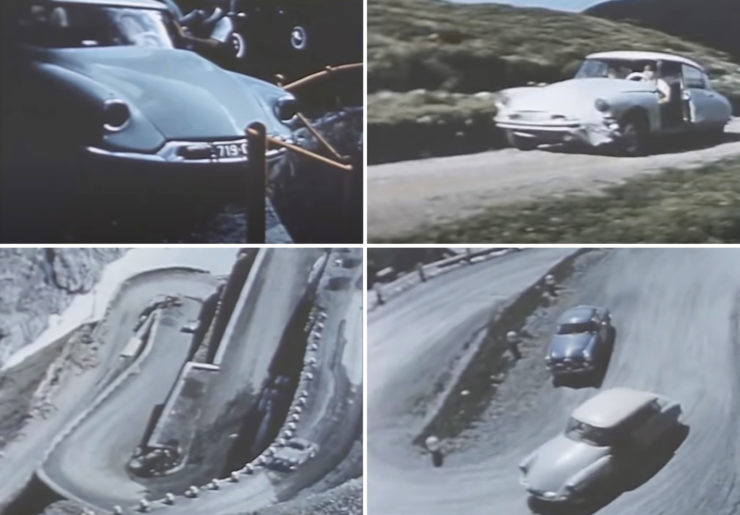 Published by Ben Branch - May 1st 2022
Related Posts
For Sale On eBay: An “Active Suspension” Prototype Corvette ZR-1 From The $27 Million Factory Program