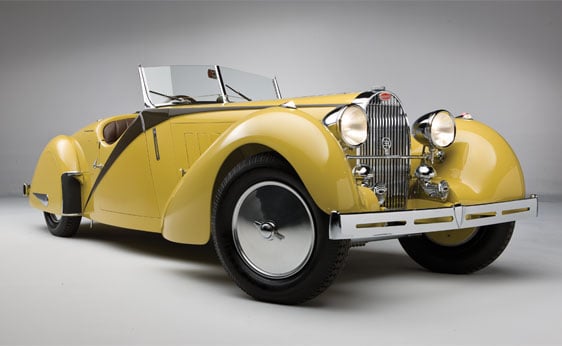 Swiss coachbuilder Worblaufen was responsible for some truly remarkable auto designs between 1929 and 1958. The Bugatti Type 57 pictured above and below is a fine example of Worblaufen’s work and it’s also quite possibly they’re most famous project.

Bugatti produced just 710 Type 57s between 1934 and 1940, they used a modified 3.3 litre twin-cam engine also used in the Type 49. The car was capable of over 100mph, was said to handle well and was used by many wealthy buyers as their primary racing car.

This particular Type 57 is going under the hammer at the upcoming Montery RM Auction being held on the 19th and 20th of August 2011, you can view the cars listing page here. There is currently no listed reserve but if you guessed “millions” you’ll be pretty close, a recently auctioned Type 57 went for 3.4 million Euros. 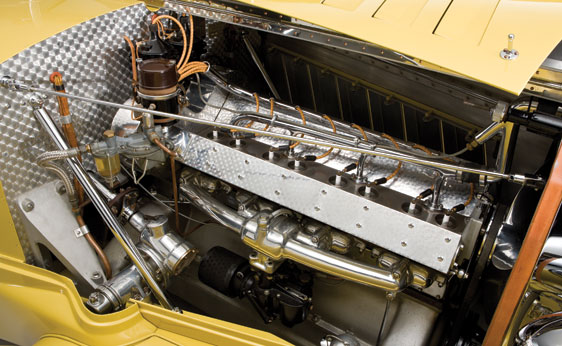 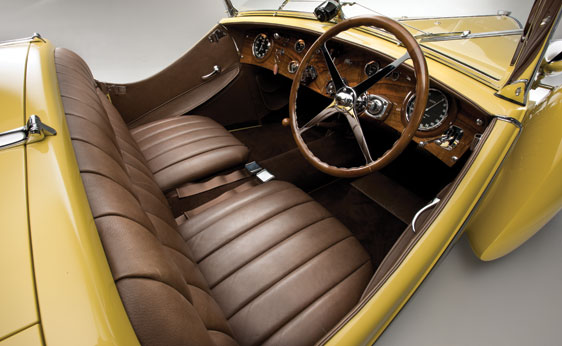 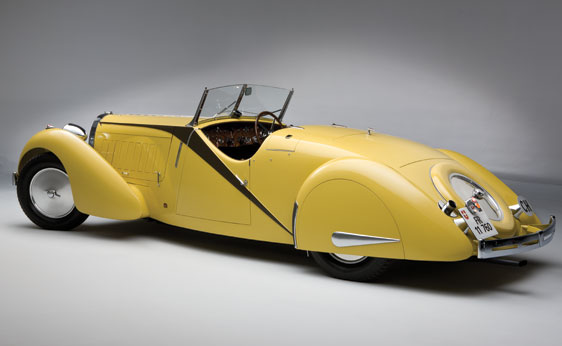 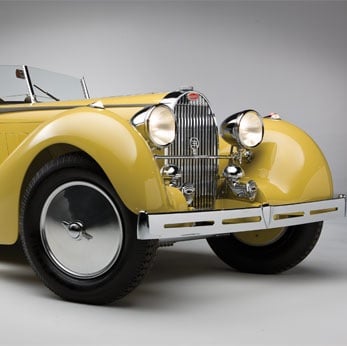