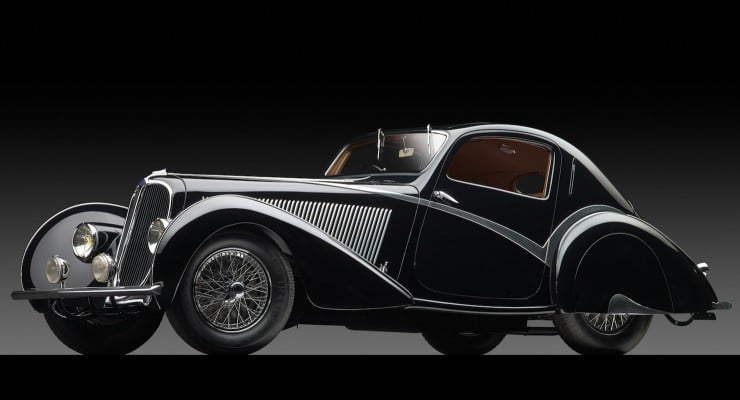 The somewhat lengthily named 1936 Delahaye Type 135 Competition Court Teardrop Coupé by Carrosserie Figoni et Falaschi is one of my favourite examples of automotive design from Giuseppe Figoni (also known as Joseph Figoni), a man who’s prowess as a coach builder flourished once it was joined with the business acumen of fellow Italian and shrewd businessman Ovidio Falaschi.

Their company, Figoni et Falaschi, would go on to build some of the most beautiful and influential motor cars of the mid-20th century – including the absurdly beautiful Delahaye Type 135 you see here.  Following in the classic styling cues of Figoni, the Delahaye Type 135 is a series of 3 dimensional curves, deeply swept lines and subtle chrome touches around forward facing elements.

Many have compared Figoni’s work with Ettore Bugatti’s and there are some common design touches though both men were known to be heavily influenced by aircraft design and the burgeoning science of aerodynamics. Much of the aerodynamic theory of the day was down to the eye and “feel” of the designer, men like Figoni and Bugatti were able to create some stunningly effective aerodynamic designs using a simulated wind tunnel that existed somewhere in the region of their brains responsible for spatial awareness. 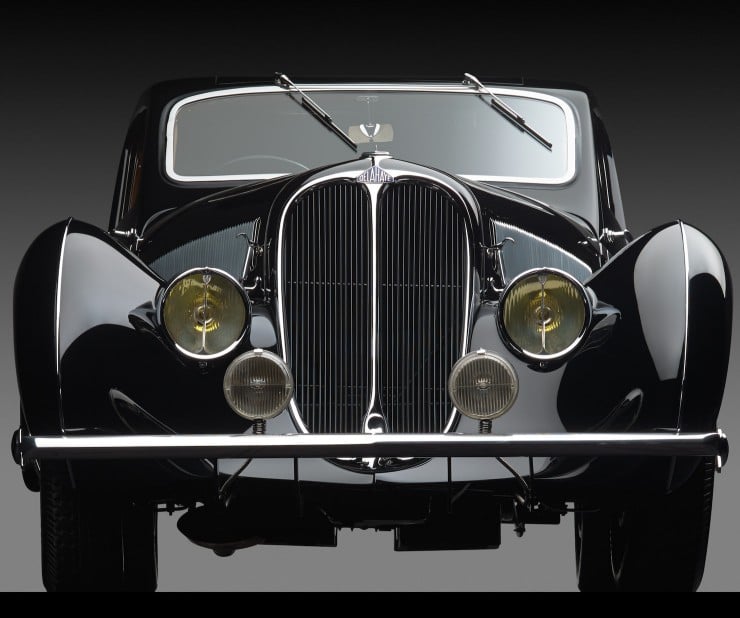 The 1936 Delahaye Type 135 Competition Court Teardrop Coupés were a series of 6 cars built by Figoni et Falaschi based on the shorter 2.65-meter Delahaye Type 135 chassis, only 3 survived to the modern day with the one you see here being widely regarded as the best example.

Designed from the outset as a competition capable machine, the car was fitted with a rare, competition-spec 4-speed manual transmission, outside-mounted rear springs, a low-mounted engine, an oil cooler mounted below the radiator and a racing-style fuel tank with dual fillers. Although the history file doesn’t indicate whether this car was actually raced or not, it was certainly capable of it.

Due to roll across the auction block with RM Auctions and Sotherby’s on the 21st of November 2013, the Delahaye Type 135 Competition Court Teardrop Coupé is expected to sell for between $2 – $3 million USD, making it a bargain when compared to a Bugatti of the era. If you’d like to read the comprehensive history of this car and see some more images, you can click here to visit RM Auctions. 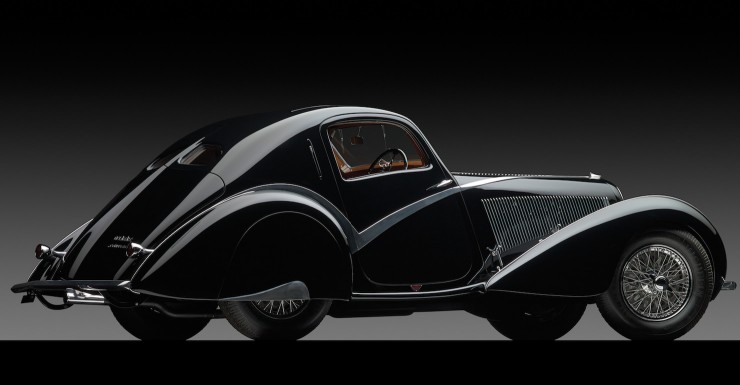 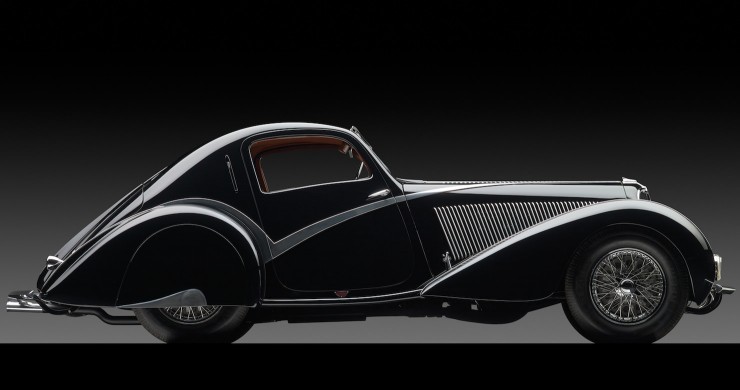 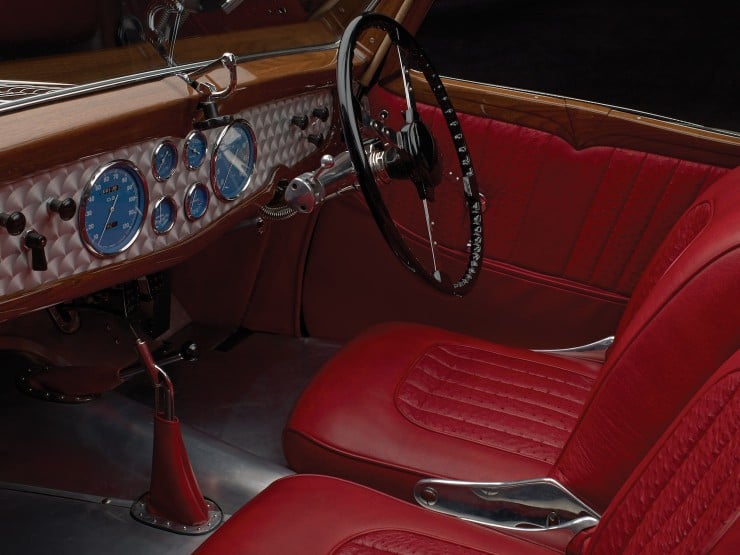 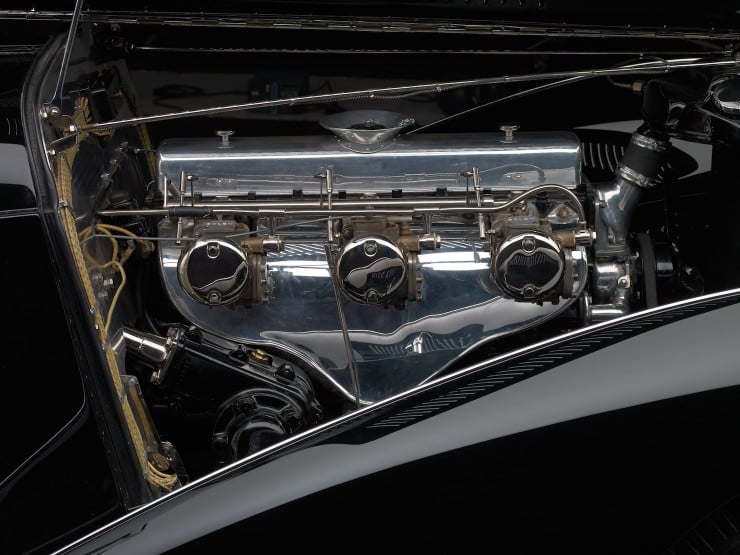 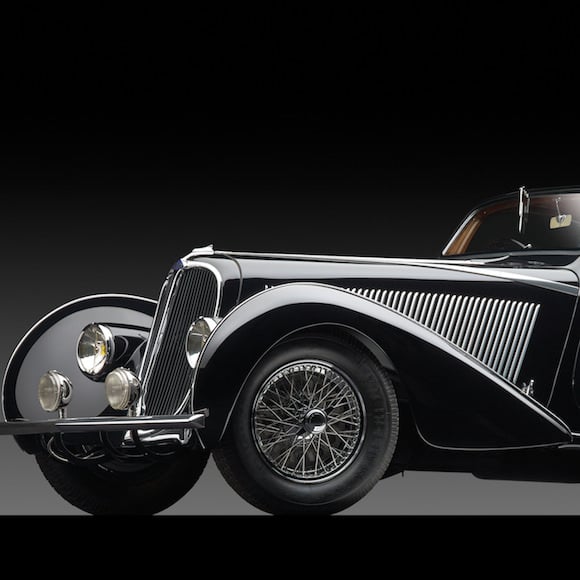