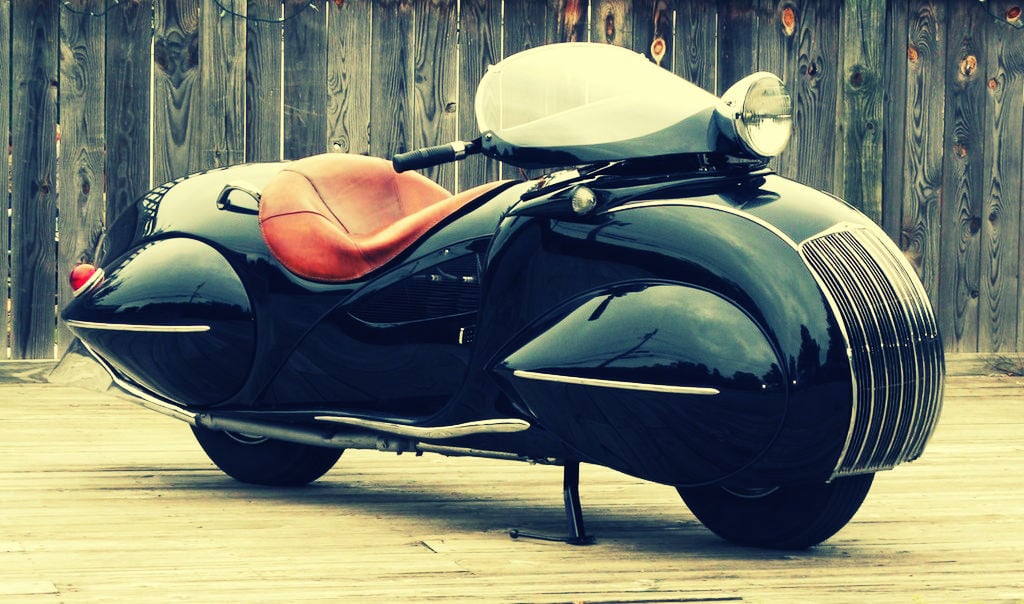 The 1930 Henderson Custom is one of the most stunning art deco motorcycles we’ve ever seen, it’s based on a 1930 K.J Henderson with an inline-4 air-cooled engine, that bodywork is all custom and it’s the sort of thing that would have impressed even Ettore Bugatti.

The Henderson Custom is owned by Frank Westfall from Syracuse, NY – he restored the bike himself and did a hell of a good job of it, his first outing on the bike was to the Rhinebeck Grand National Meet in 2010 where it, rather predictably, blew the minds of everyone who saw it.

The bike is said to be a bit of a handful to ride, probably not surprisingly, but it’s great to see that it’s getting some asphalt mileage rather than just living on threadbare carpet in a dusty museum.

As you can see by the lower-most photograph, the original paint scheme was two-tone, I kind of prefer the new monotone paint work done by Frank myself, it gives the bike a more regal appearance and allows the bodywork to speak for itself.

If you happen to know Frank Westfall ask him to email us, we want to be friends with him. And his Henderson. 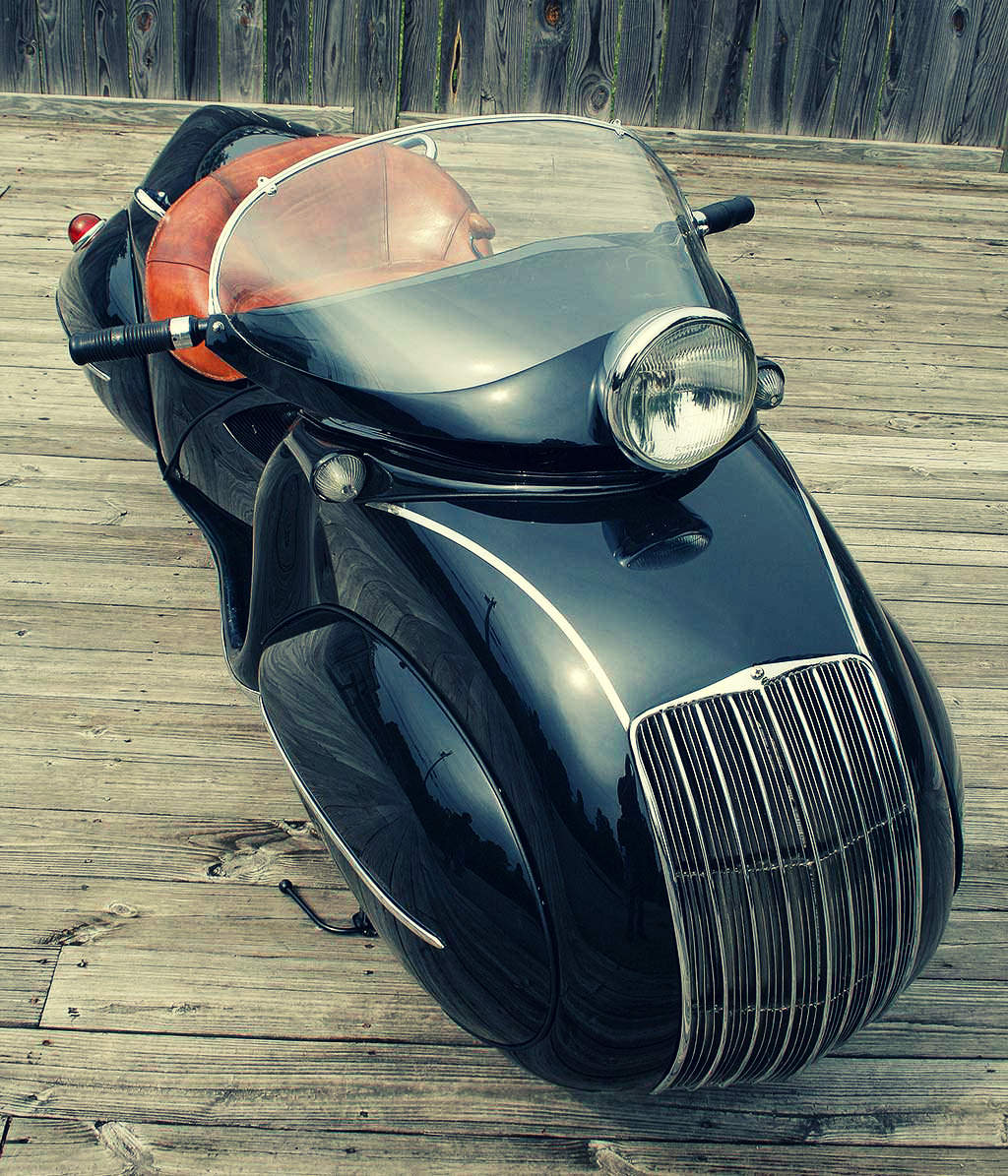 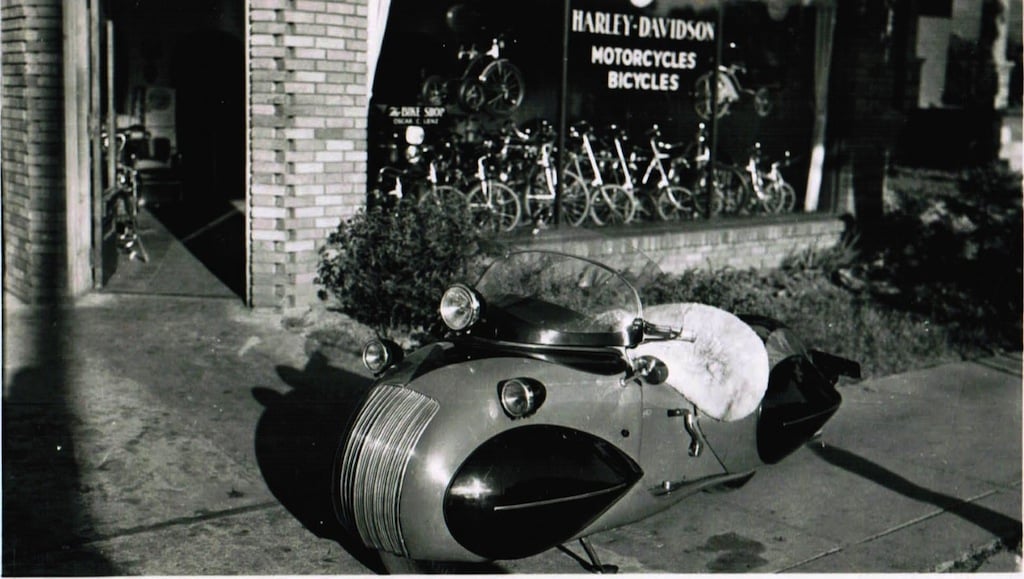