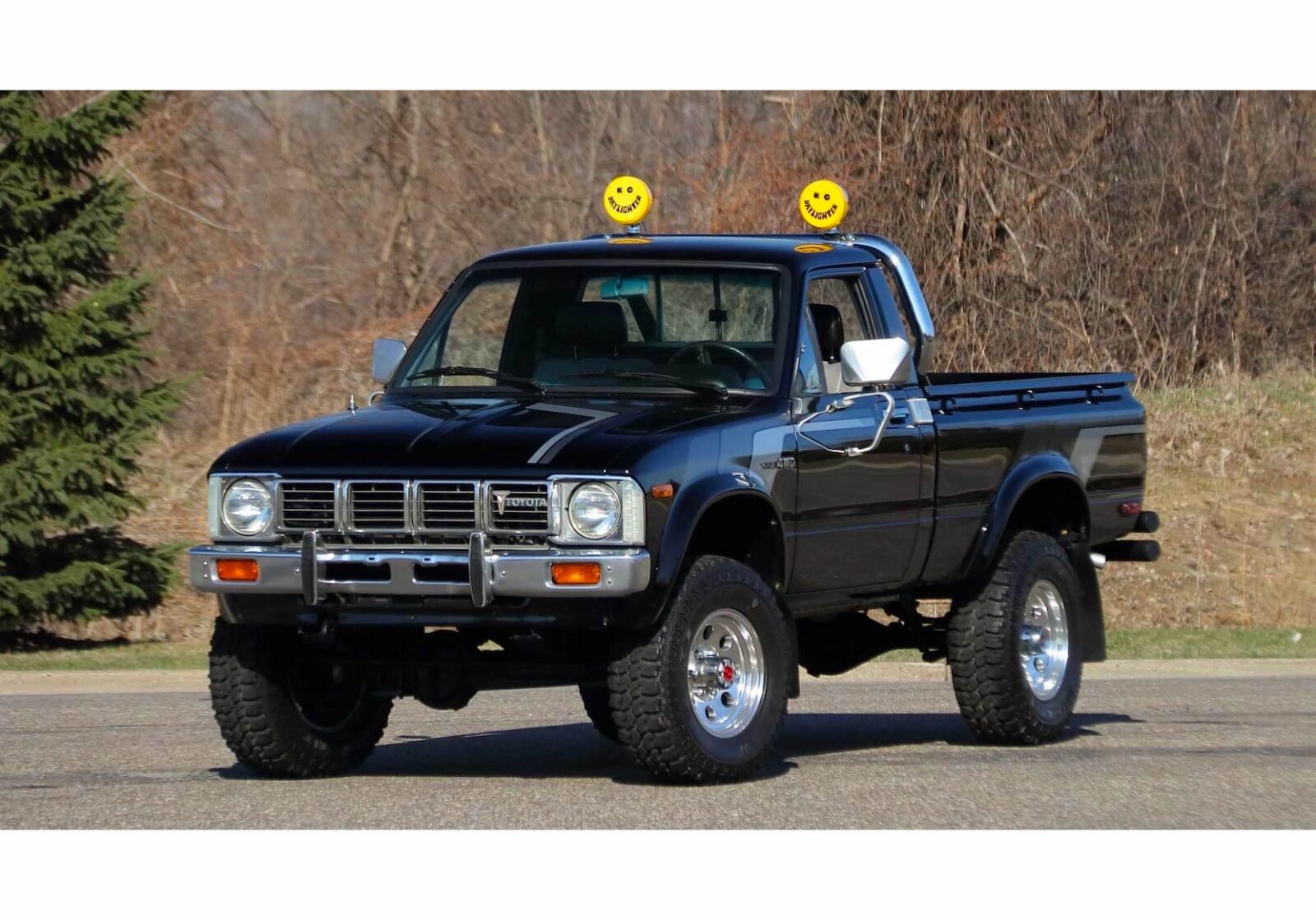 This 1981 Toyota DLX Pickup has been immaculately restored with careful attention to small details, like the correct silver and silver-gray sport stripes and even the signature DLX patterned cloth with vinyl upholstery.

In recent years we’ve seen vintage four wheel drives becoming increasingly popular as many enthusiasts discover them, or rediscover them. It wasn’t too long ago that you could buy a vintage Toyota Hilux like this one for next to nothing, sadly those days are now long gone.

Although the Toyota Hilux has long been highly regarded in the United States it was the appearance of a gloss black example in the 1985 film Back To The Future which really helped cement the desirability in the hearts of a new generation of Americans.

Of course, the DeLorean DMC-12 will almost be the most famous car from that film series but the brief appearances of the Hilux embedded the Japanese 4×4 deep into the psyche of many young men and women.

Toyota Pickups were typically smaller and more fuel efficient than comparable American trucks, they were sold at competitive prices too which helped many of the Japanese manufacturers quickly establish a strong presence in the North American market that persists to this day.

The model line has typically been called either the Toyota Truck or Toyota Pickup Truck in North America, however most other world markets know it as the Toyota Hilux. The first examples of this model family were introduced in 1968 and the model remains in production today, currently on its 8th generation with no signs of slowing sales. 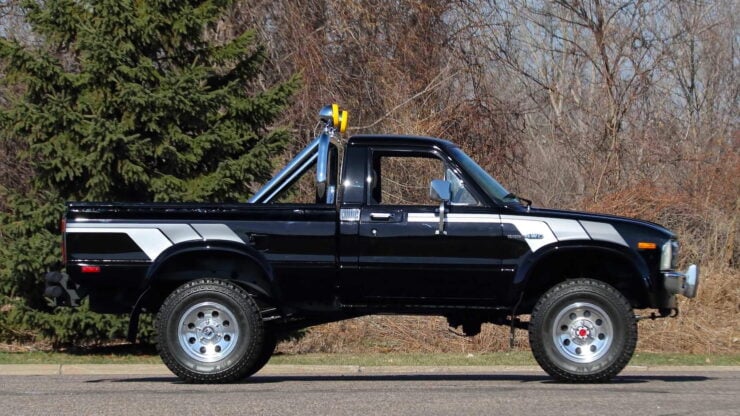 Above Image: This restored Toyota Pickup benefits from some period-correct upgrades, like the alloy wheels, chrome roll bar, and KC Daylighter spotlights.

Over the course of its ongoing production run the Hilux, or Toyota Pickup, has become famous for two key attributes: reliability and toughness. These traits have led to the trucks becoming a staple vehicle in a huge array of places, from Australian sheep farms to Mujahideen camps and everywhere in between.

The Pickup you see here is a desirable example for a few reasons, it’s fitted with the 2.4L 22R engine mated to the original 5-speed manual transmission, and it comes with the SR5 package (Sport Runabout 5-Speed).

The original purchaser of the vehicle ticked a significant number of boxes on the options list and as a result the truck is very well appointed with a 10 cassette factory AM/FM radio, bucket seats, and air-conditioning, with additional features like power steering and power brakes.

A small number of tasteful upgrades have been applied to the truck including alloy wheels, uprated tires, a chrome roll bar, and a pair of period-correct KC Daylighter spotlights.

Originally delivered to Texas, this DLX Pickup benefits from a recent restoration. The listing explains that the rebuild started with a rust-free truck, which isn’t always easy to find, and it now benefits from some additional refinements like spray-in bed-liner and a beautifully detailed underbody.

There DLX Pickup you see here is due to roll across the auction block with Mecum in May with a price estimate of $40,000 to $50,000 USD – a figure it’ll likely achieve with no problem if the right bidders are in the room. 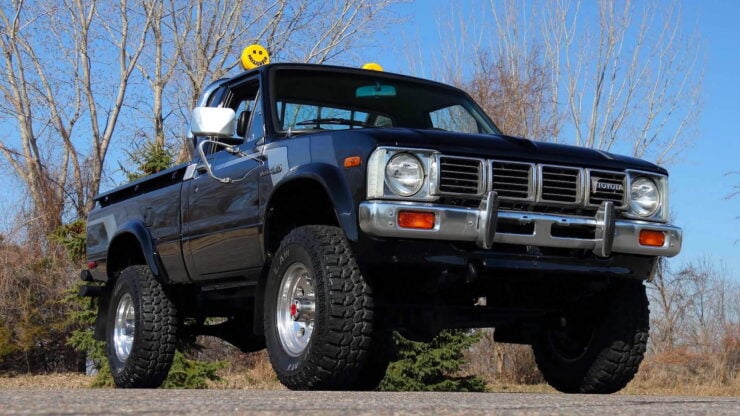 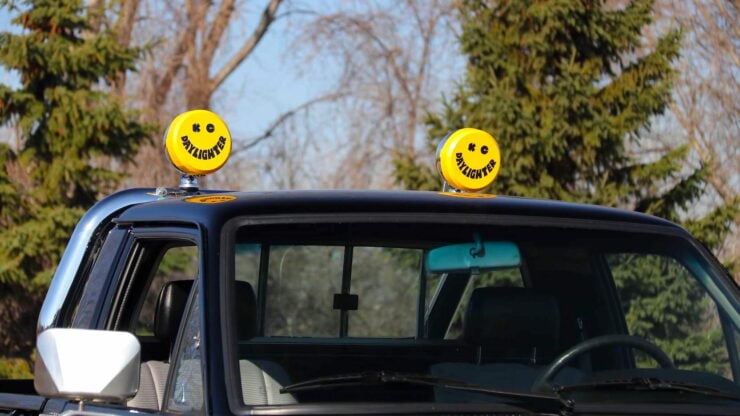 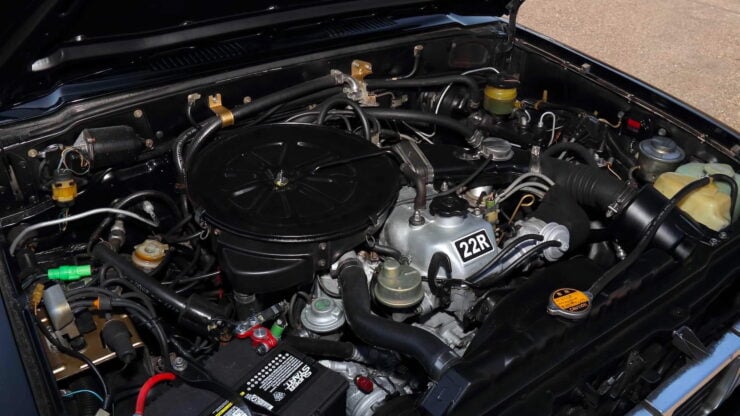 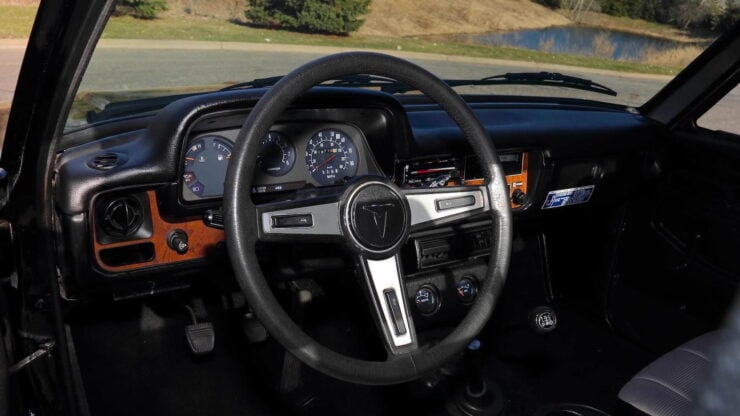 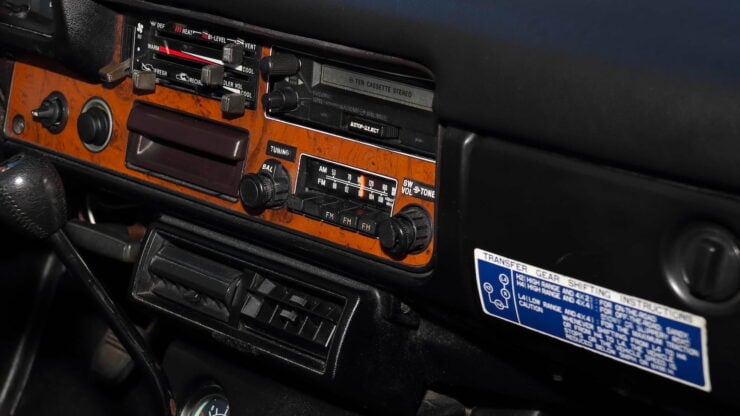 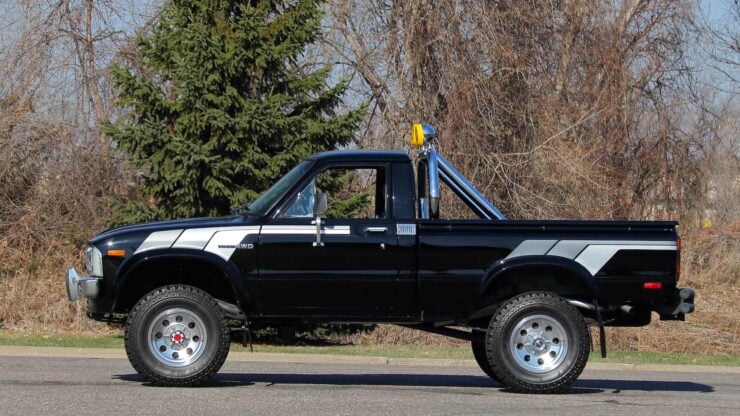 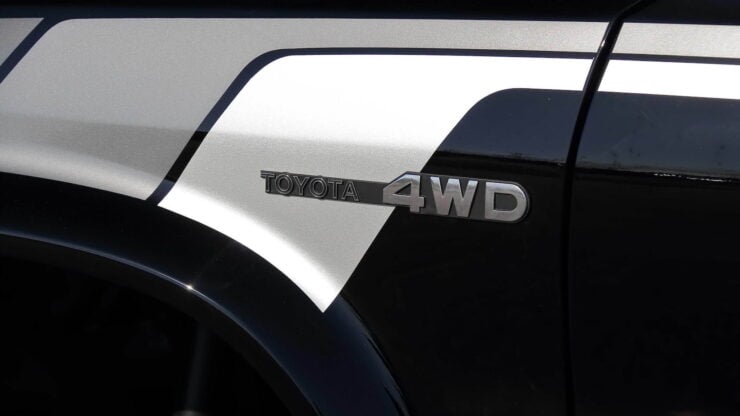 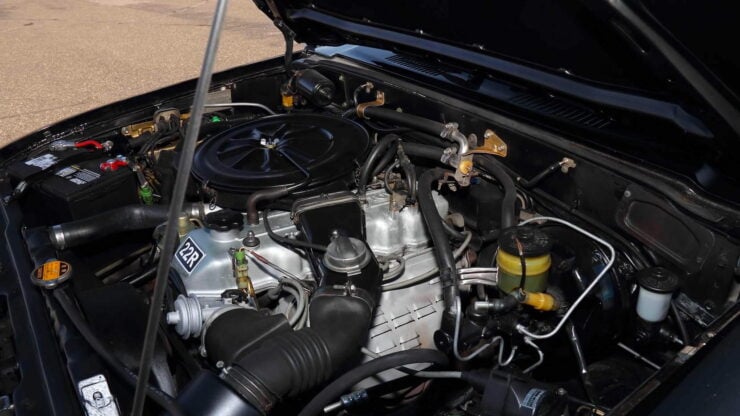 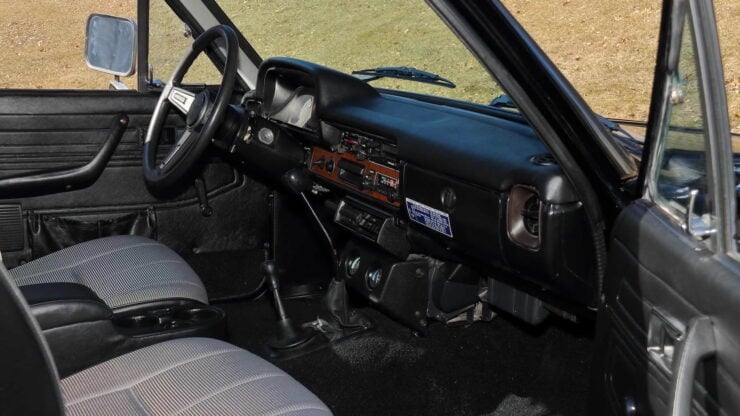 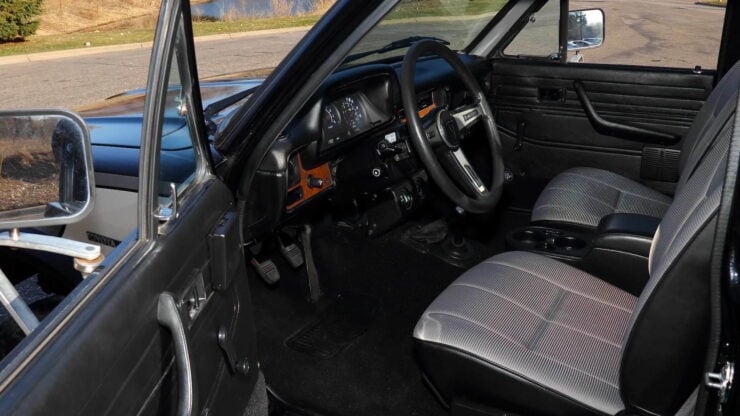 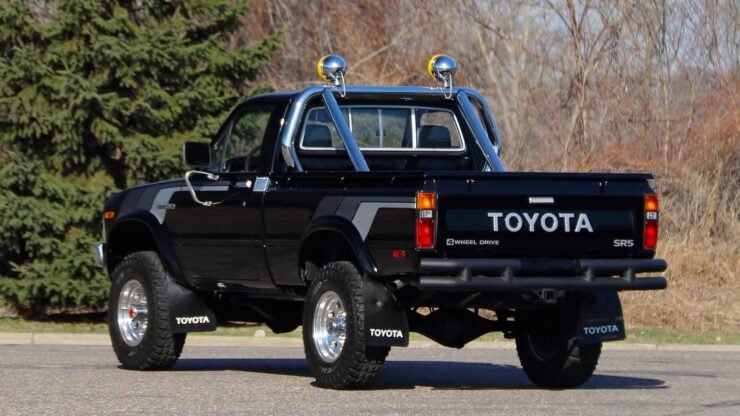 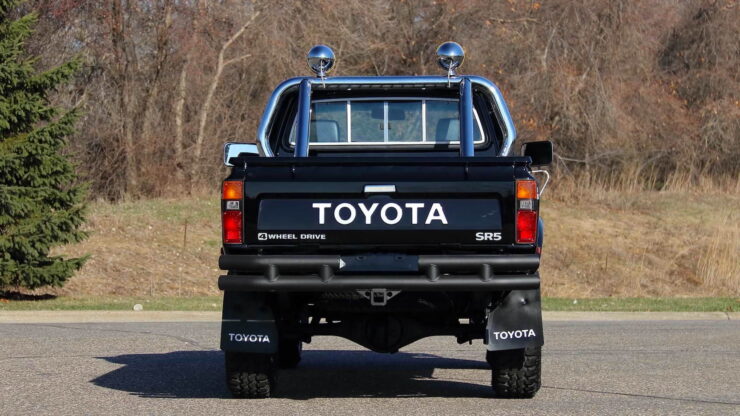 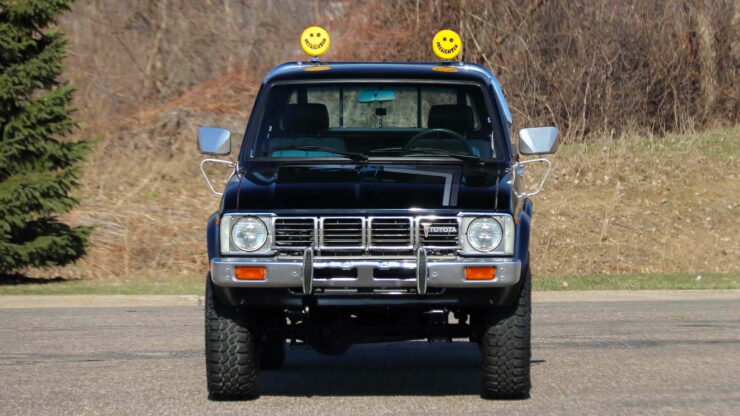 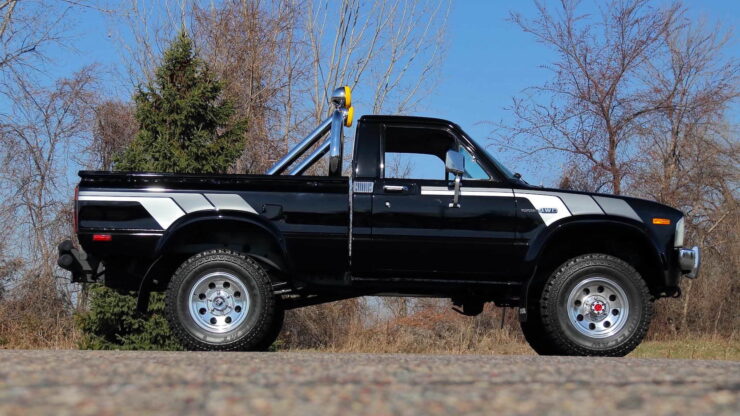 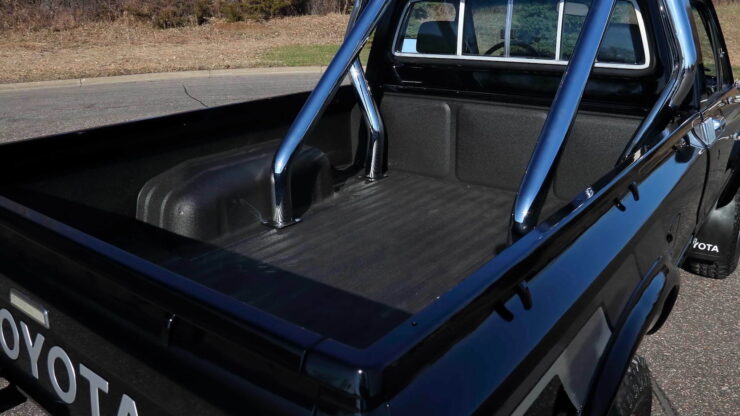 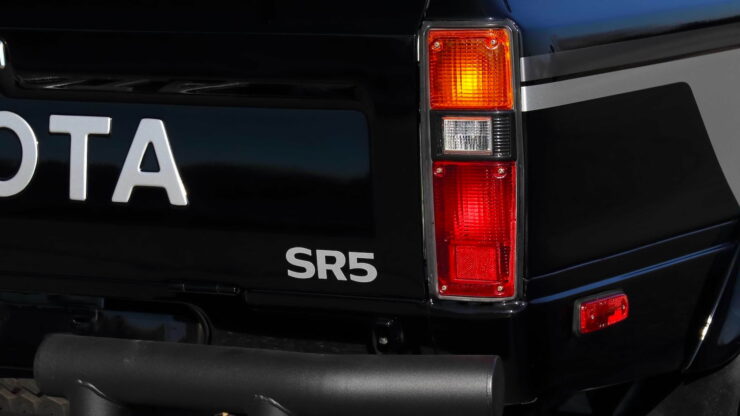 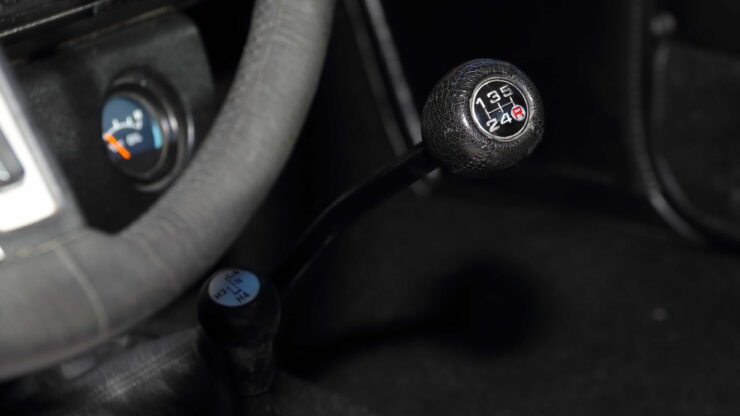 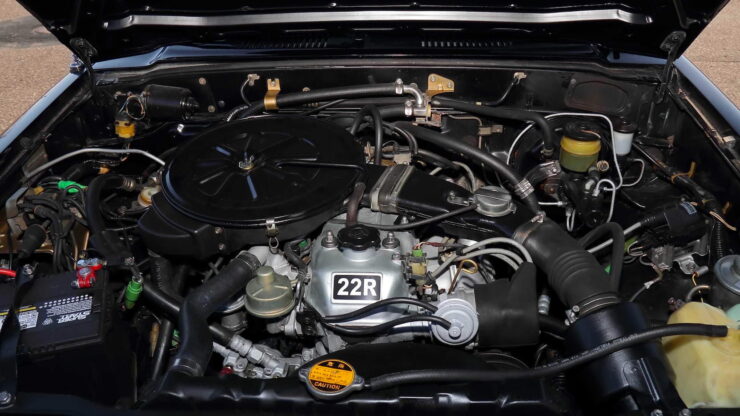 This is a Spyder Donington coupe, it’s a rare car that uses the body of a Lotus Eclat paired with an all-new chassis built by the team at Spydersport Ltd. This new backbone chassis was…

This Toyota Land Cruiser FJ43 has been comprehensively restored and upgraded by the marque experts over at FJ Company, a venture founded in Nelson and Juan Diego Calle back in 2010. The FJ Company In…

Each of these Alfa Romeo V6 engine coffee tables is made by the team at Custom Brothers from a damaged or non-running engine. This will help appease those who don’t believe that a running engine should…