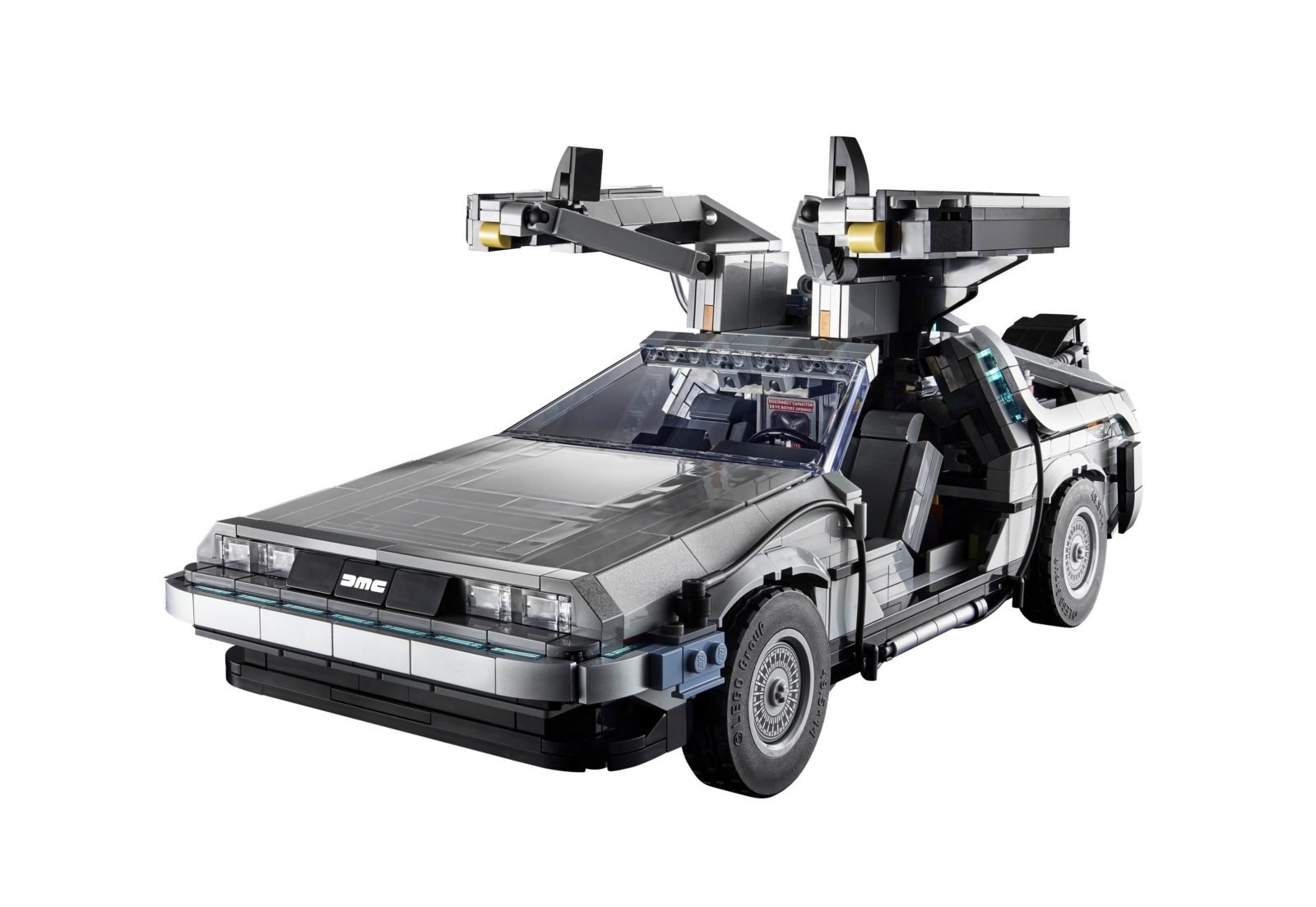 This is the LEGO® Back to the Future Time Machine, it’s a kit of the DeLorean DMC-12 from Back To The Future and it can be built in three different ways – to become each of the main variants of the car that were used in each of the films in the trilogy.

Whereas we typically associate Lego with kids, this model is part of a new line from the Danish company specifically designed for adults. It’s made up of 1,872 pieces and once completed it measures in at 4.5 inches (12 cm) high, 14 inches (35 cm) long and 7.5 inches (19 cm) wide. 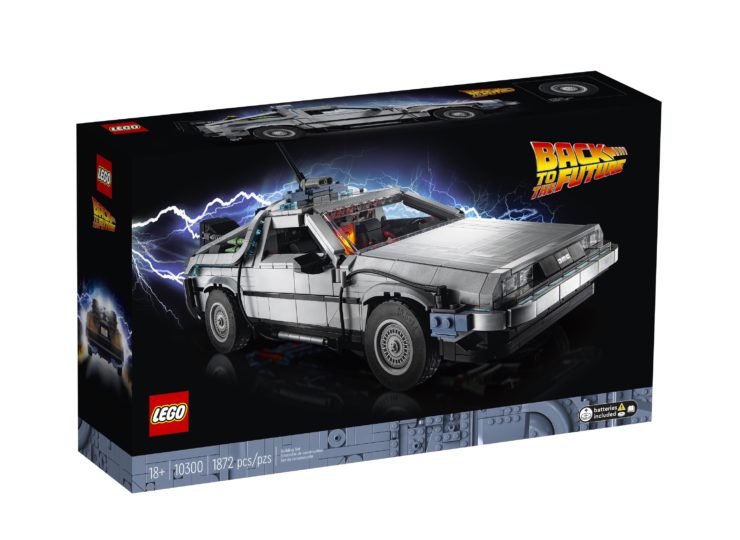 The kit has three build options, allowing you to build it to match the DeLorean versions used in the three films. It’s made up of 1,872 pieces in total.

When building the DMC-12 you can choose version #1 which includes a lightning rod and plutonium chamber, or version #2 which features Mr. Fusion and hover conversion, or version #3 which has whitewall tires and a circuit board on the hood as seen in the third film.

The car also has opening gull doors, the tires can fold down for flight mode, and it comes with a light-up flux capacitor, a printed dashboard with the correct dates dates and an opening hood. 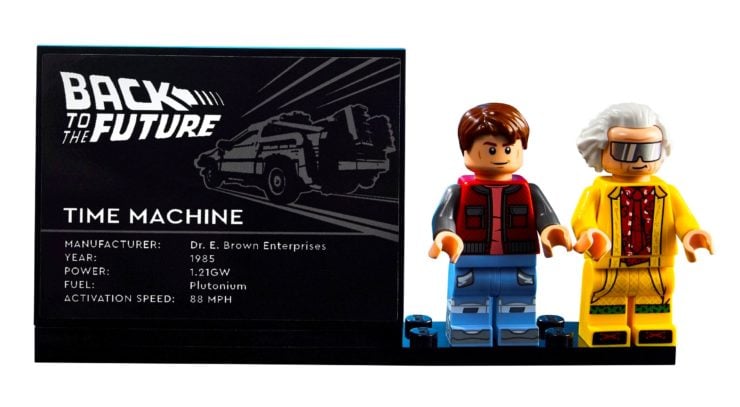 The kit also comes with Doc and Marty McFly Lego figurines, as well as some additional Back To The Future props including a hoverboard, a plutonium case, a light-up flux capacitor, and an “OUTATIME” license plate.

Lego have included Doc and Marty McFly minifigures in the kit, as well as additional details like McFly’s hoverboard, a plutonium case, a can and a banana (for the Mr Fusion reactor), and the famous “OUTATIME” license plate.

The kit has proven so popular that Lego is currently sold out, though apparently more are being produced at the time of writing to meet demand. There are still some new kits available on Amazon so we’ve linked to them below, alternatively you can visit the Lego store listing here. 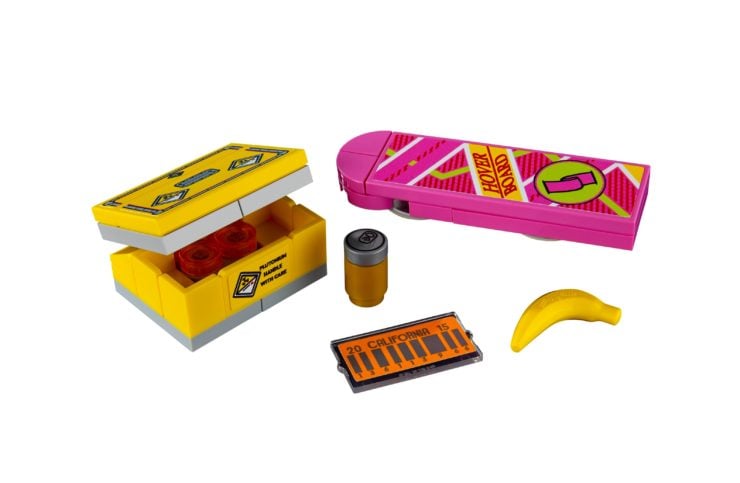 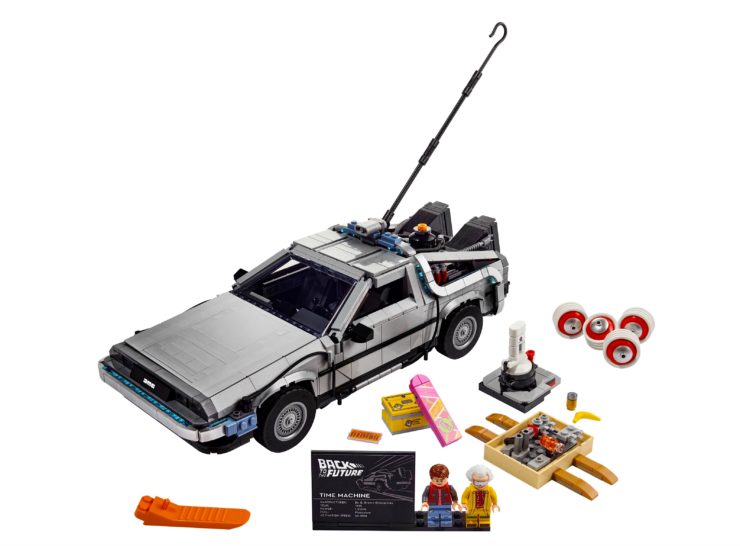 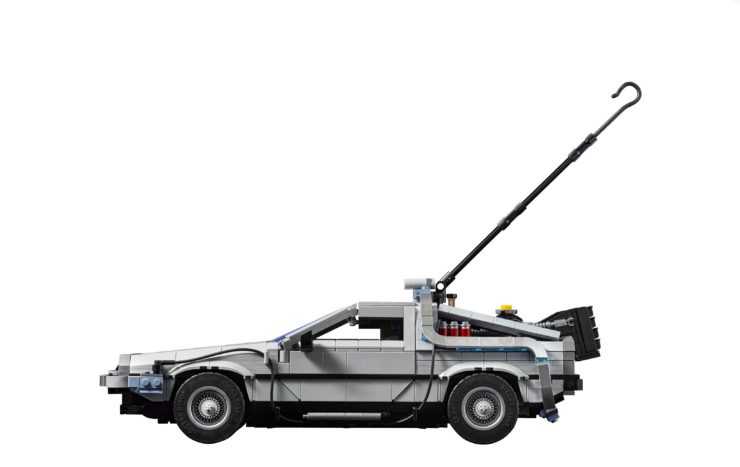 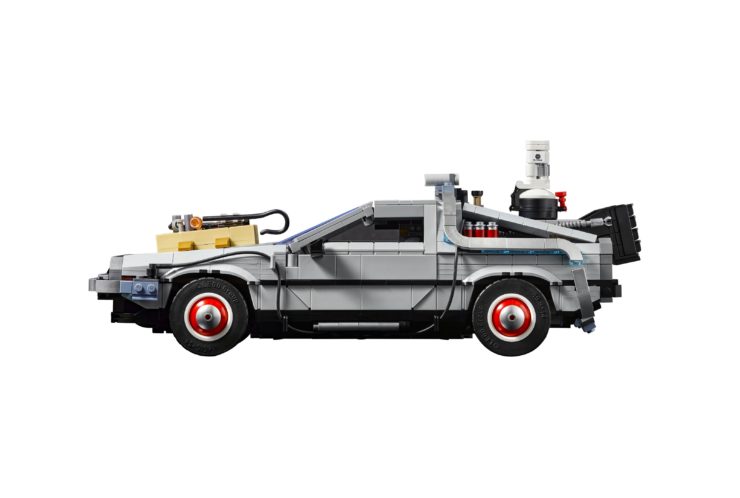 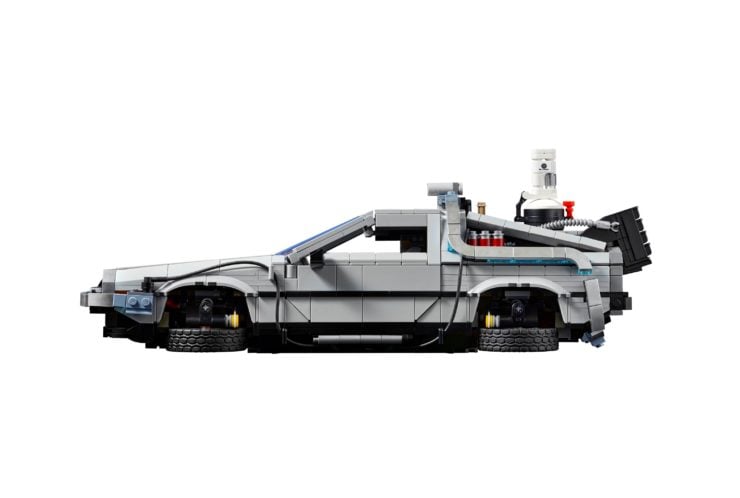 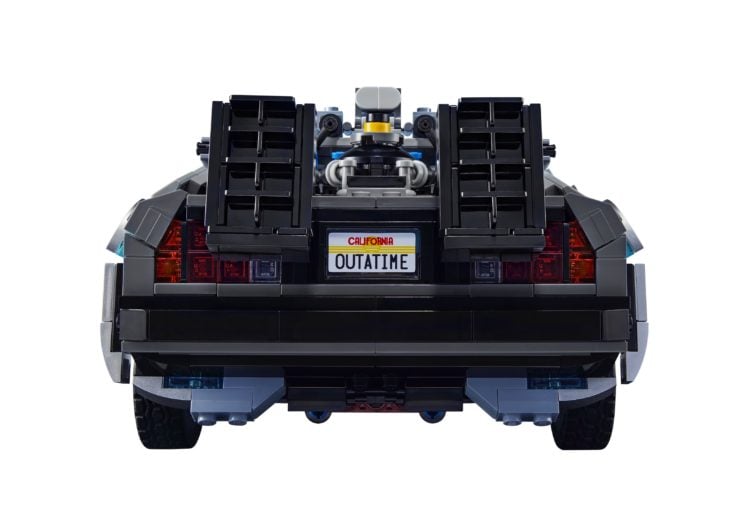 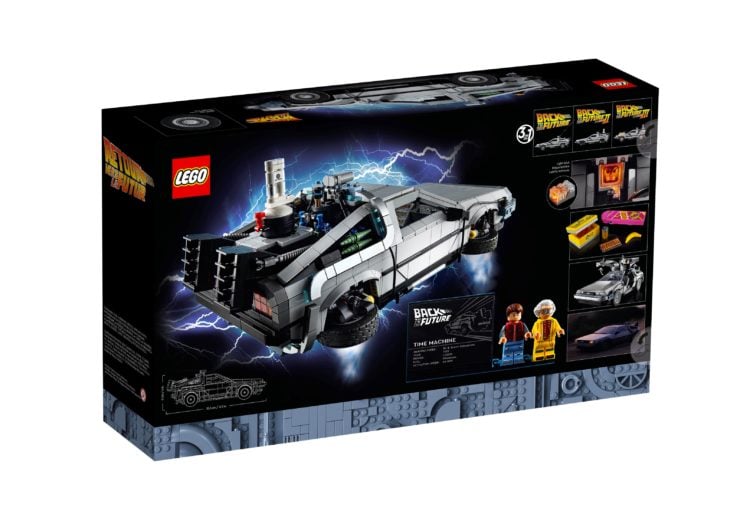 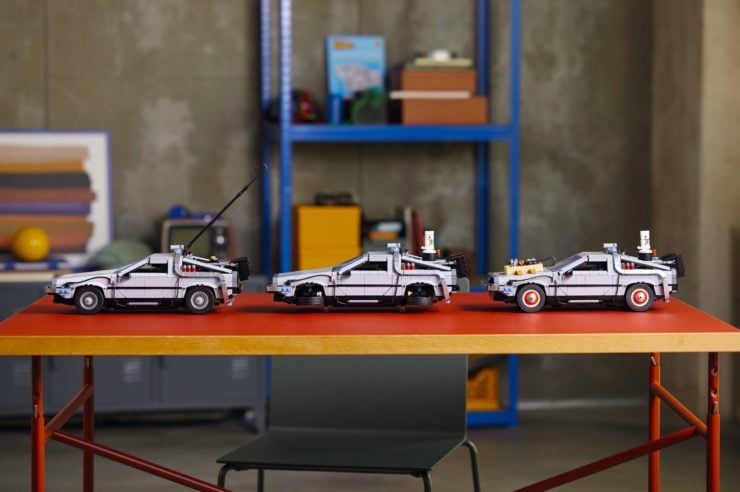 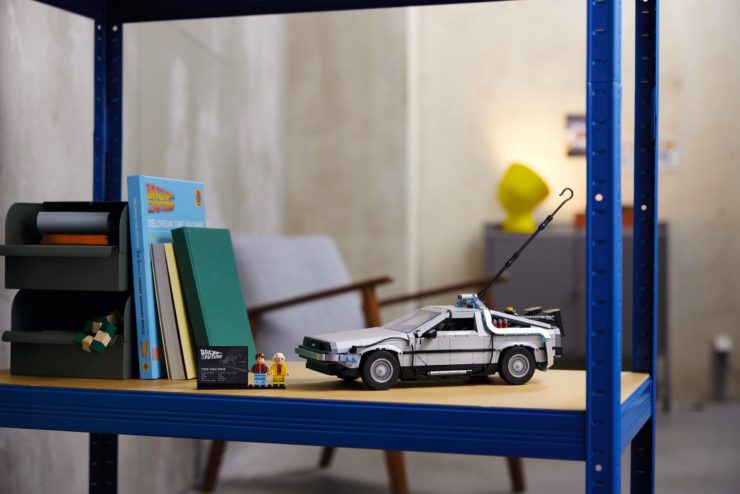