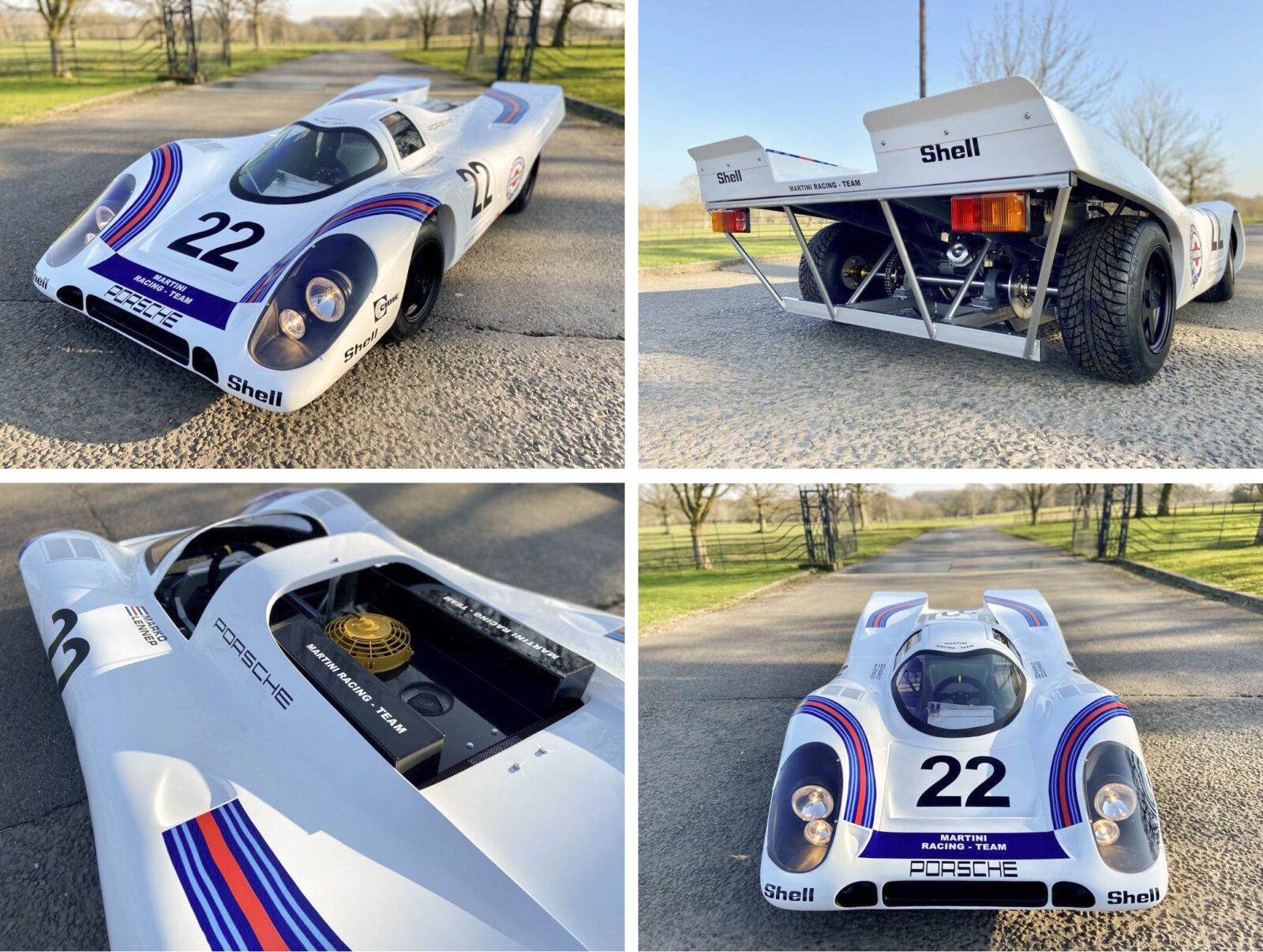 This is a 100% functional and drivable Porsche 917 at 70% scale. It’s designed to accommodate both adults and kids, which is why it has an open top with plenty of room for your head to protrude, and it’s capable of almost 30 mph (48 km/h).

The Porsche 917 is a vehicle that needs no introduction, it was one of the most dominant racing cars of its day taking a slew of wins in Can Am, the World Sportscar Championship, and the 24 Hours of Le Mans.

The special long tail (“Langheck” in German) iteration of the car was capable of 225 mph (362 km/h) thanks to both the car’s advanced aerodynamics and its mighty mid-mounted flat-12 engine.

The car you see here was designed to be a scaled down version of the 917 that preserved the legendary styling of the original whilst offering it in a far more affordable (and child friendly) package at 70% scale. 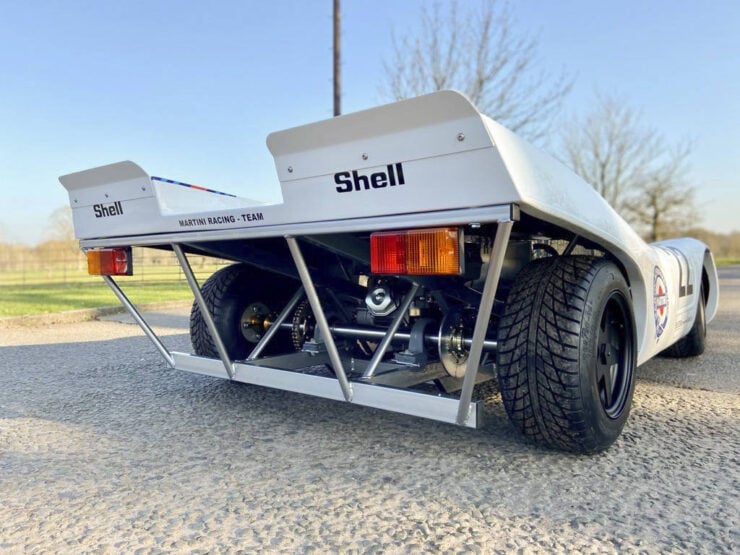 Above Image: The rear-wheel drive car has a rear disc brake and a mid-mounted engine.

The baby Porsche 917 uses a steel backbone trellis frame, all of the various parts of the vehicle are bolted to this central frame, with a series of steel tubes supporting the elegant fiberglass body that was modeled on the iconic 917 “Kurzheck” Porsche.

The car has rack-and-pinion steering, front spring suspension, and hydraulic brakes – it can accommodate either adults or children by removing the fiberglass seat to make more space.

Power is provided by a (mid-mounted of course) 9 bhp 230cc engine which feeds power through a 2-1 reduction gearbox with a wet clutch to the rear wheels. It rides on 10 inch wheels with pneumatic tires, it also has a quick-release steering wheel, working headlights, and am overhead rear cooling fan – just like the full-scale car.

It’s due to roll across the auction block with RM Sotheby’s later in March with no reserve. If you’d like to read more about it or register to bid you can click here to visit the listing. 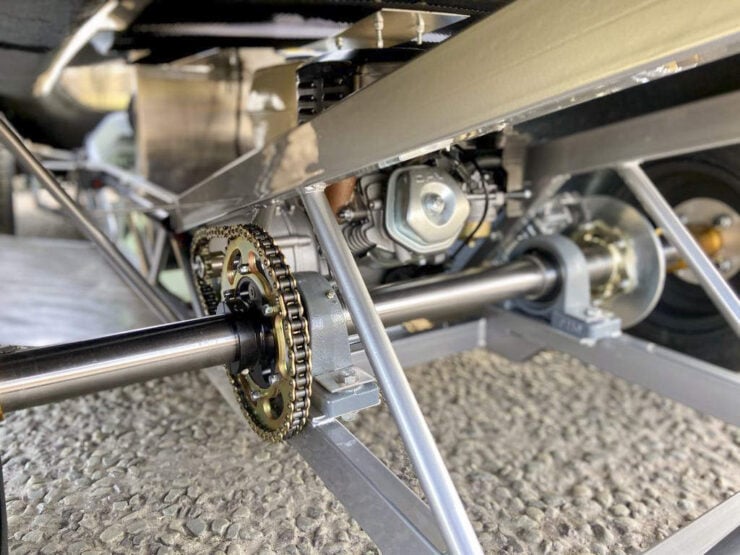 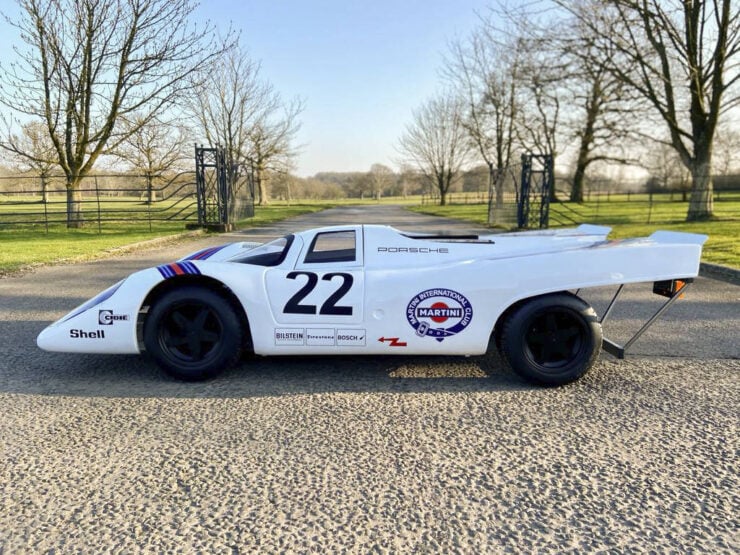 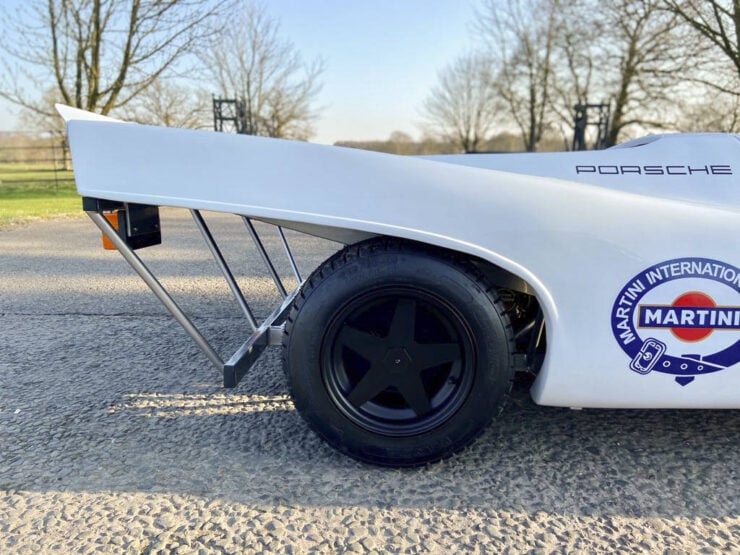 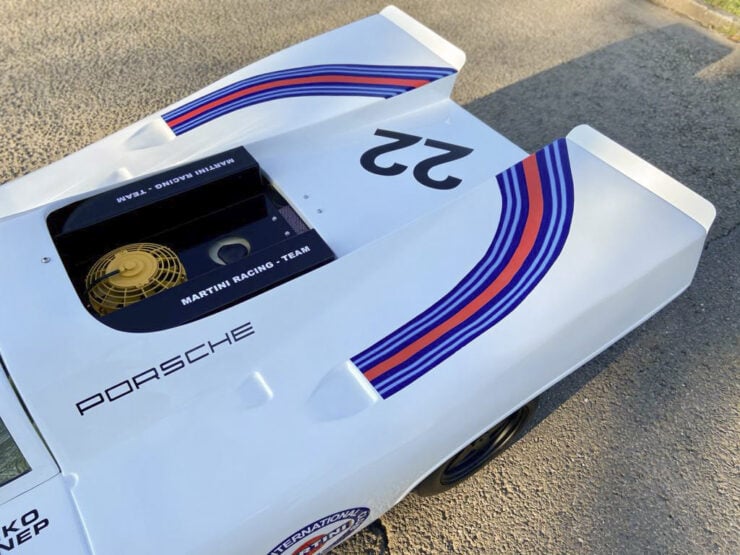 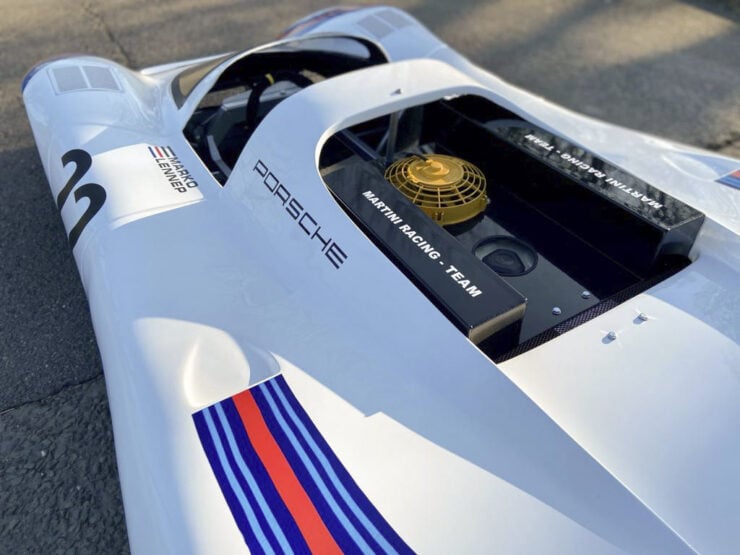 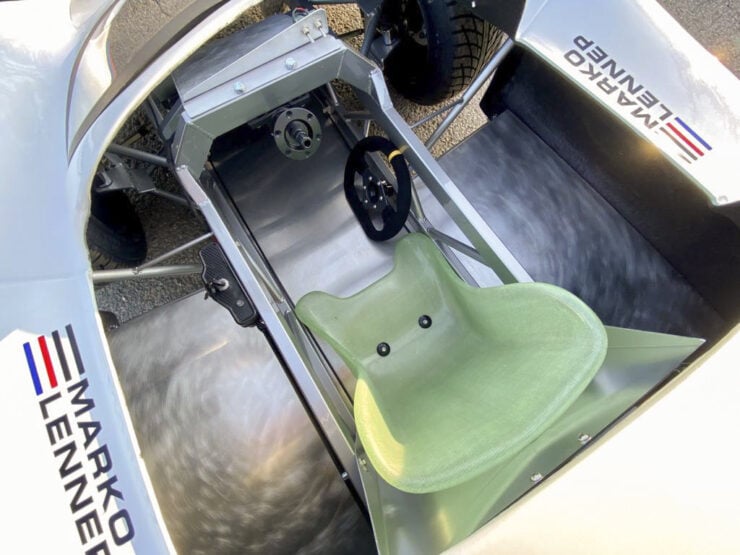 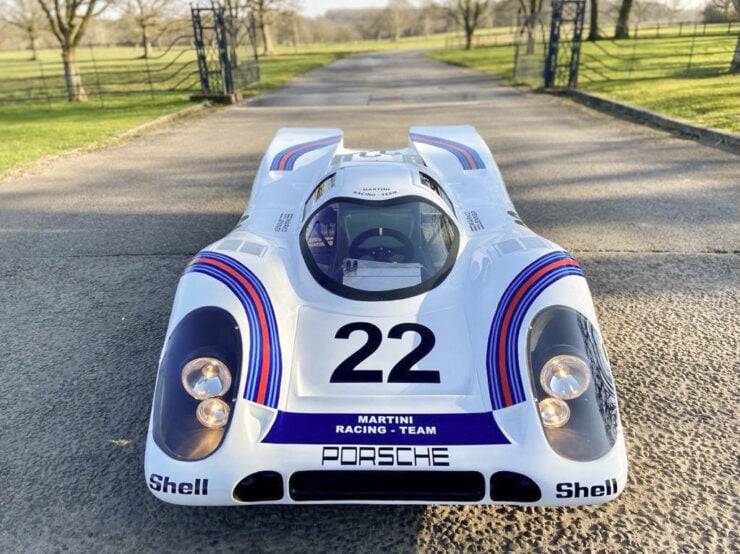 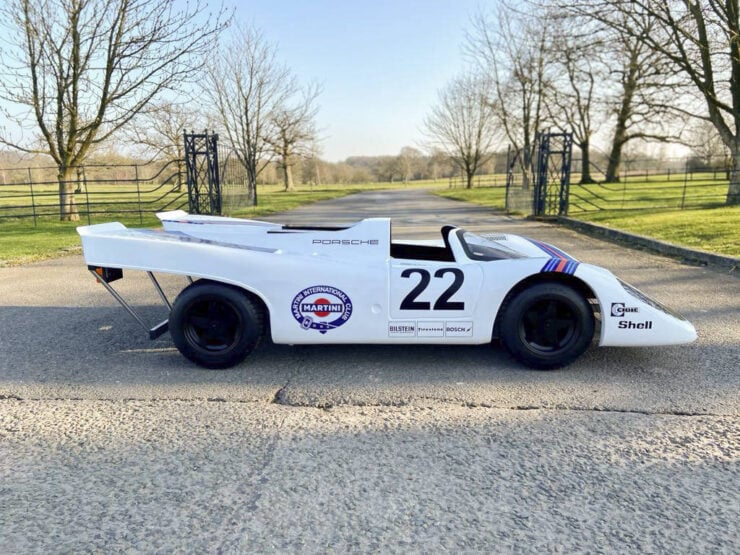 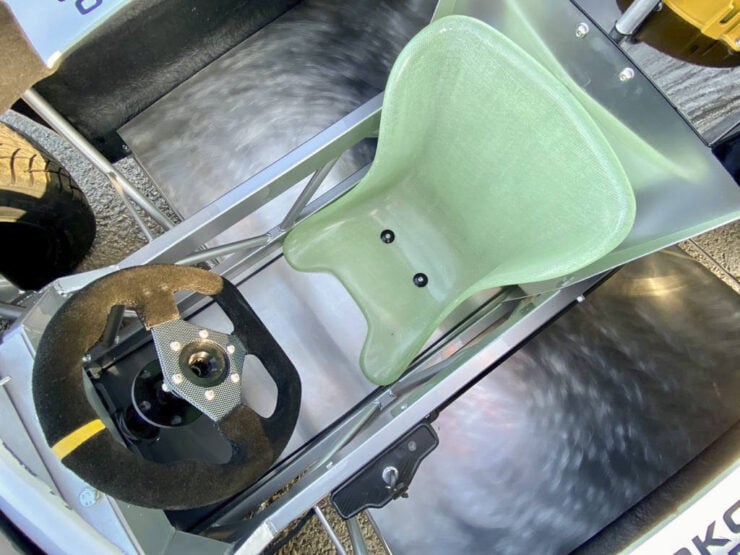 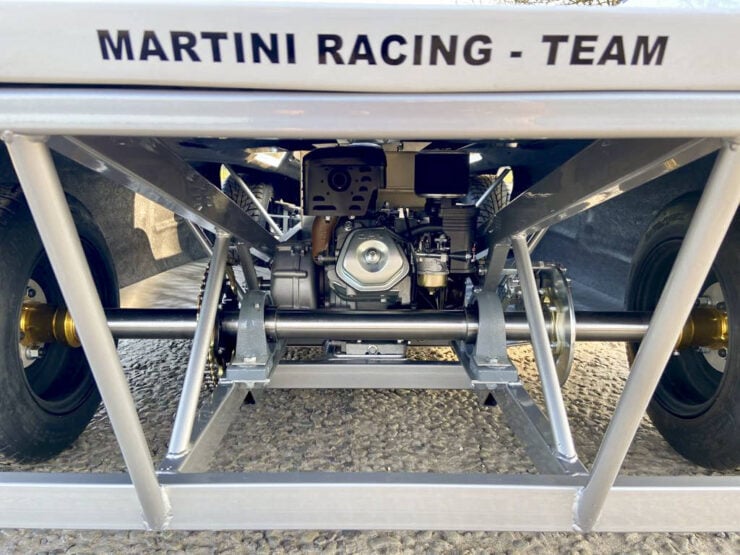 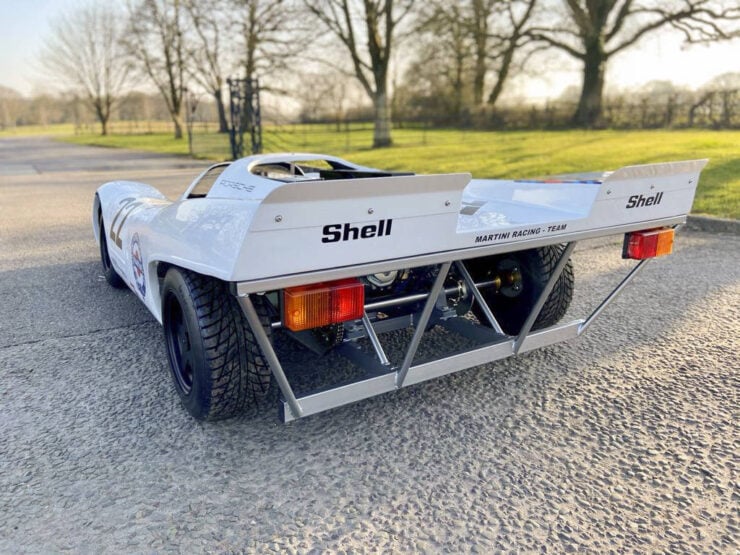 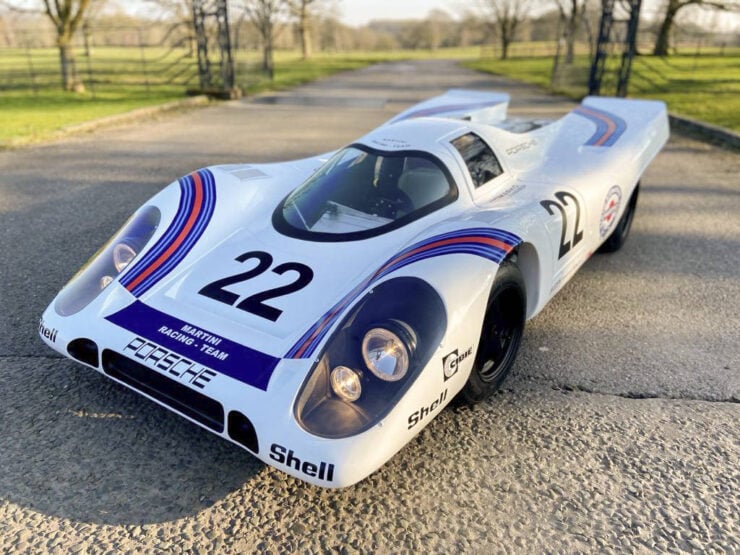