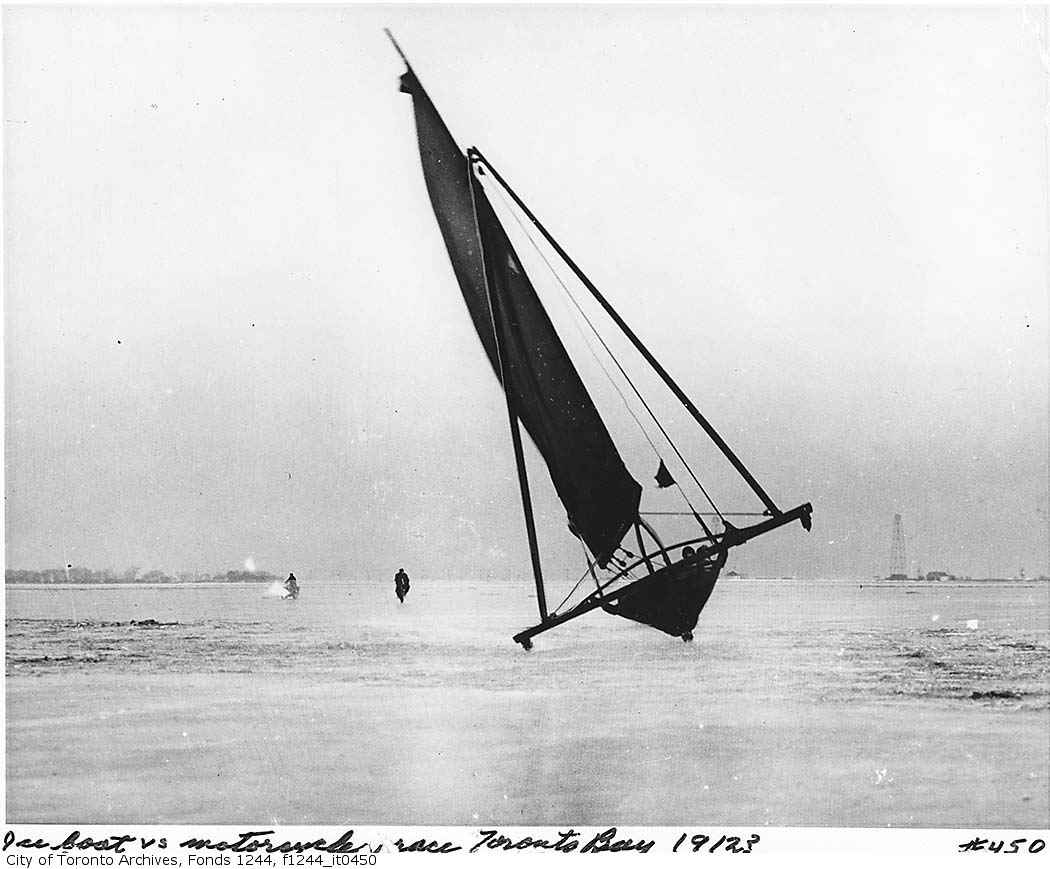 Sounding for all the world like something the 3 hosts of Top Gear might dream up for an episode in Lapland this photograph from 1908 shows an iceboat racing a motorcycle across a frozen lake in Canada.

It looks like the boat is going to win although the motorcyclist would have been literally risking his life, the bikes of the era had little in the way of suspension, power, grip or brakes so exactly how he’s staying up right on the ice is a mystery to me.