The Ferrari 512 M was named for its engine displacement and number of cylinders – 5.0 liters and 12 cylinders. The “M” stands for “modificata” the Italian word for “modified,” as the original Ferrari 512 had been modified to be more competitive with the all-conquering Porsche 917. 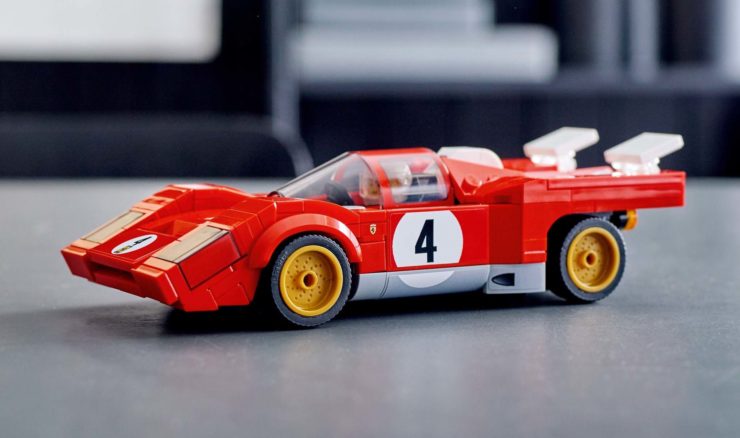 Although Lego states that this kit is suitable for anyone 8 and over, it’s likely that many of them will be sold to adult enthusiasts looking for a new desk model.

Race tracks across Europe and the United States were filled with the V12 roar of the Ferrari 512 M in 1970, taking wins at both Sebring and Kyalami. The Porsche 917 was the arch rival of the 512 M, and while the Porsche was successful on track more often, the 512 M remained scored into the memories of anyone who saw one raced in anger.

Like many of the racing prototypes of the era, the Ferrari 512 M had a tubular steel spaceframe chassis with riveted aluminum panels. It was fitted with independent double wishbone suspension with coil springs up front, and a more complex independent suspension arrangement in the rear.

Power was provided by a masterpiece of Italian mechanical engineering, a 5.0 liter 60º V12 with double overhead cams per bank operating 48 valves. In race trim this engine could produce 610 bhp at 9,000 rpm, a considerable amount of power for the low curb weight of just 840 kgs (1,852 lbs). 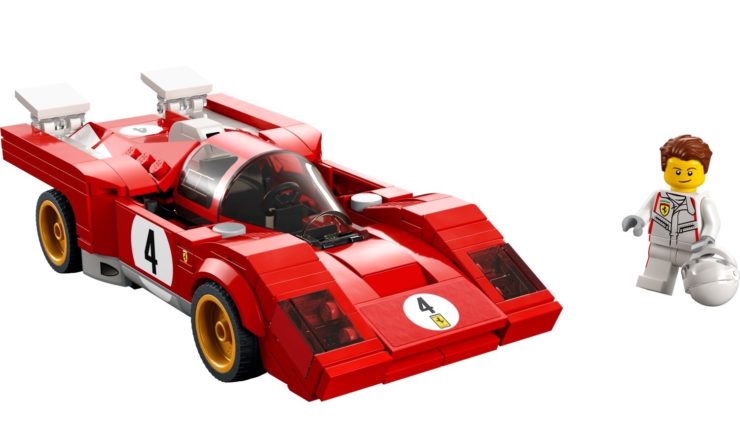 The kit comes with a Lego man who is wearing a pair of racing overalls modeled on those worn in the 1971 Steve McQueen film “Le Mans.”

The Lego Speed Champions series was created to offer homages to the great racing cars of years gone by, and the 1970 Ferrari 512 M is the latest addition to the range.

The kit costs $19.99 USD and it contains a total of 291 pieces. Lego notes that it’s suitable for ages 8+ however I’d lay a fair wager that the majority are being sold to adults, who use the completed models as display pieces. 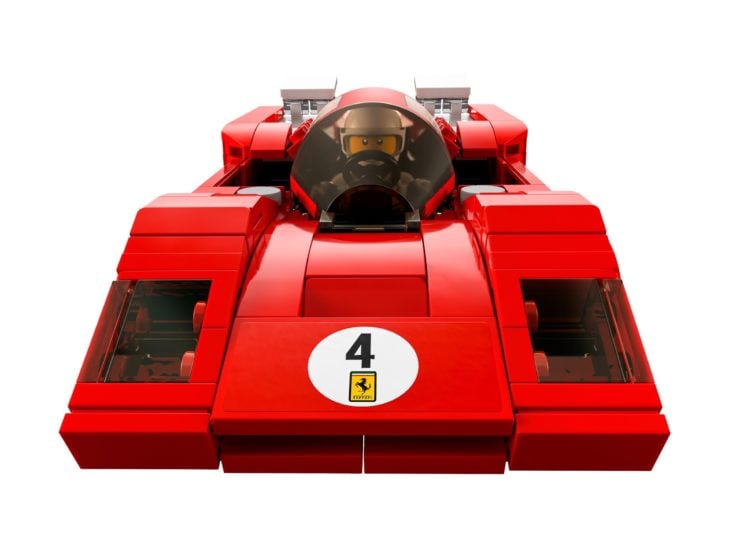 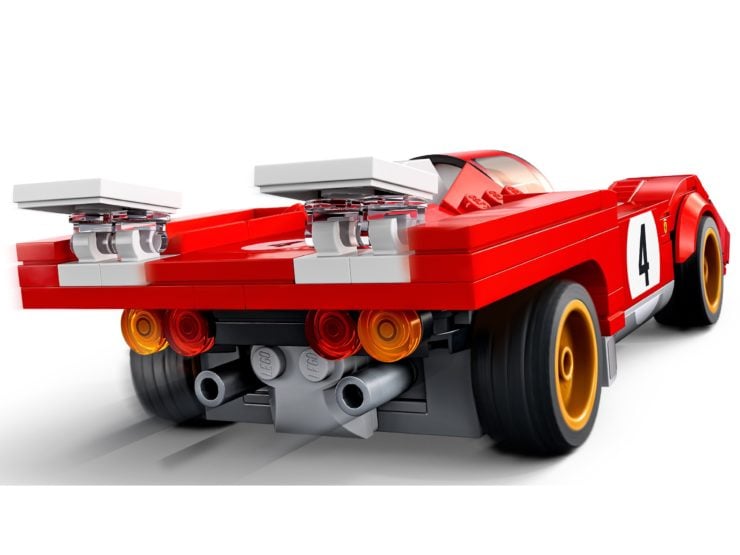 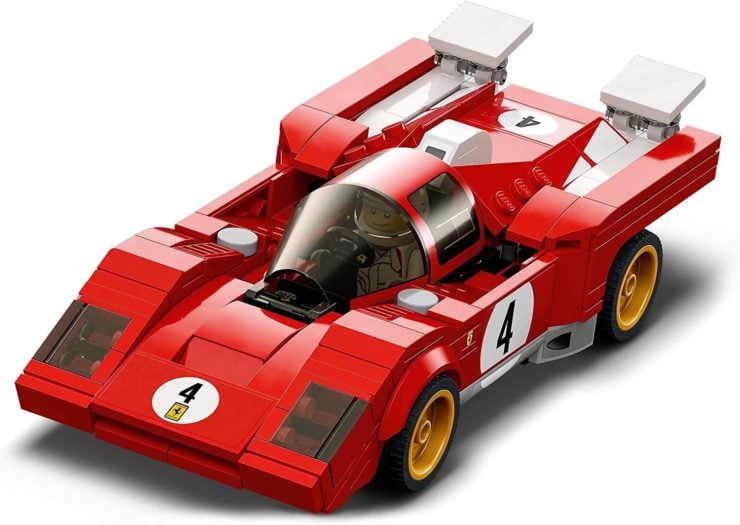 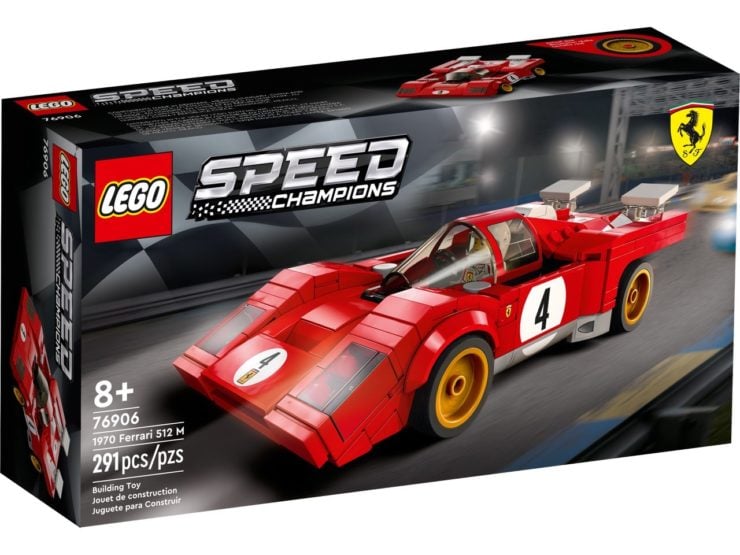