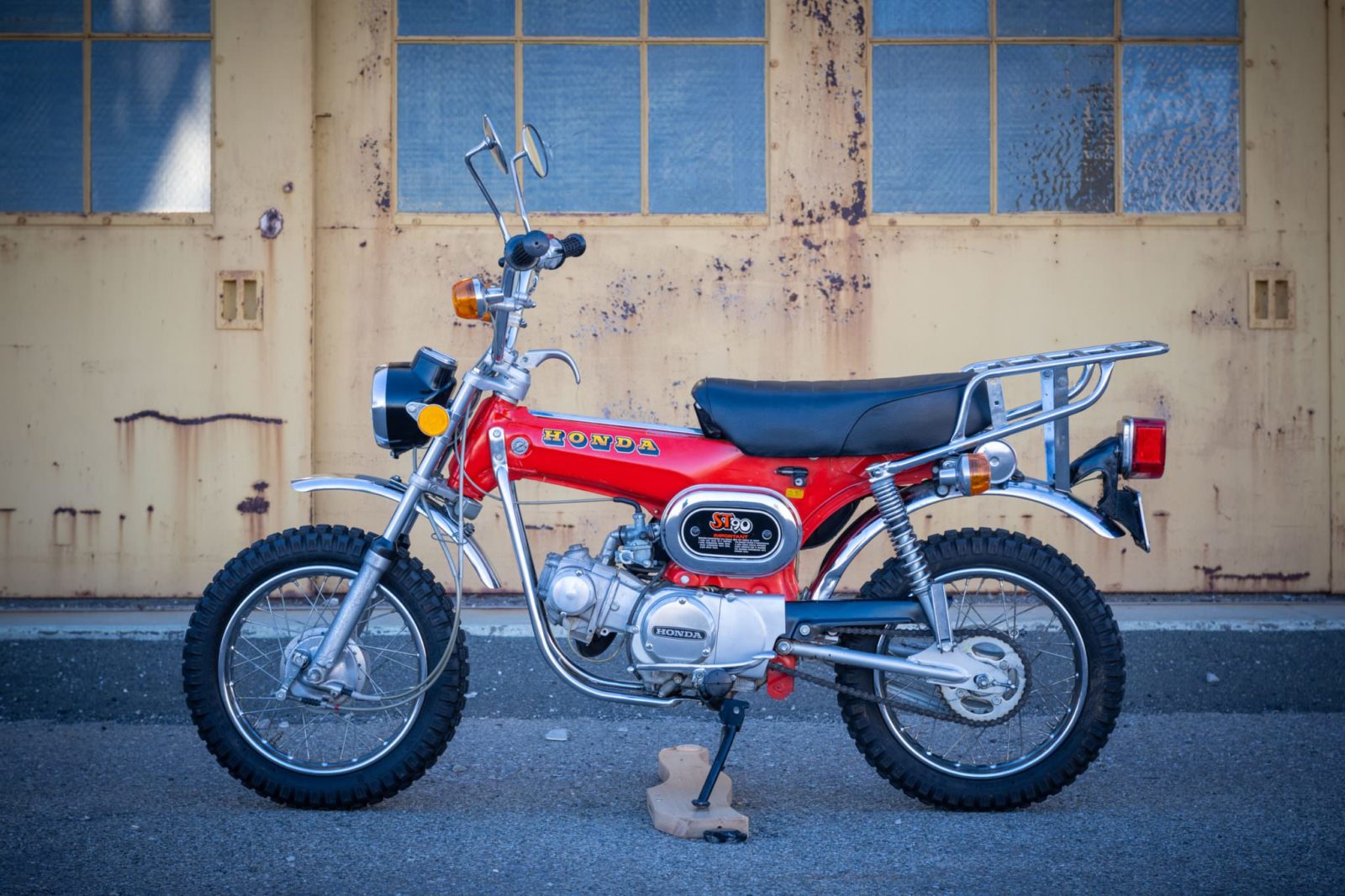 The Honda ST90 was one of the most desirable motorcycles in the world when it was released in 1973, that is if you were a 10-14 year old with dreams of a career in the upper echelons of motocross competition.

The ST90 was essentially a more off-road focussed version of the popular CT90, a stamped steel backbone frame motorcycle that remains one of Honda’s hidden success stories. The ruggedized ST90 version didn’t sell particularly well and it was pulled from production after just two years.

The Honda CT series entered production in 1964, it would go on to become one of the Japanese marque’s most enduringly popular lines of motorcycles. 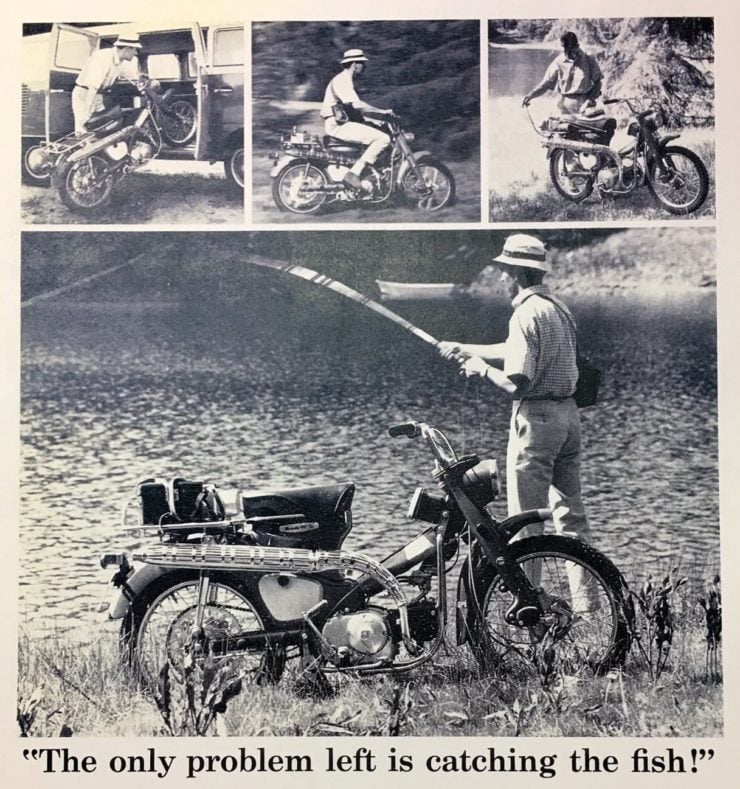 This is the Honda CT90, it was marketed to off road enthusiasts and outdoorspeople who frequently used them for hunting, fishing, and exploring. Image courtesy of Honda.

The name “CT” is believed to stand for “Cub Trail,” as the model series was essentially developed as a dual sport version of the popular Honda Super Cub – in motorcycle terminology “dual sport” simply means a motorcycle is designed to be ridden both on and off road.

Honda has produced a vast array of different CT models over the years, from the smaller CT70 through the more common CT90 and CT110, all the way up to the larger CT250S Silk Road.

It’s important to note that many of the motorcycles in the CT family were aimed at younger, less experienced riders. Most had centrifugal clutches and automatic transmissions which significantly lowered the barrier to entry.

Other models like the CT110 were ridden mostly by adults, in Australia this model became famous as the “Postie Bike” due to the fact that they were ridden by postal workers while delivering the mail – rain, hail, or shine.

Although it’s not named as a member of the CT family, the ST is very closely related to the series and has many interchangeable parts with them. Like many of the CT bikes the ST90 has a stamped steel backbone chassis, an under-slung air-cooled engine, an upright riding position, and dual sport credentials. 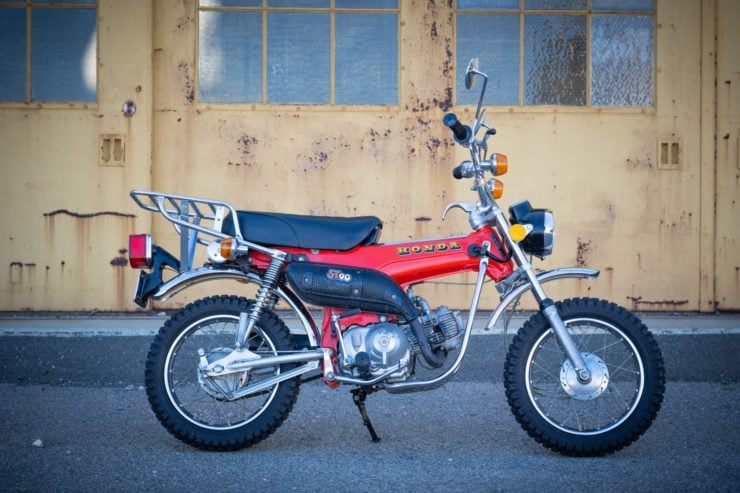 In some respects the Honda ST90 is a scrambler, it’s road legal and it can be driven on or off road, and it has more off road capability than its sibling, the CT90.

Unlike its sibling the CT90, the ST90 was developed with more focus on off road riding. It has engine protection cradles, more ground clearance, and higher front and rear fenders.

Honda introduced the ST90 in 1973 and sold it until 1975, interest wasn’t as strong as was hoped and as such the model was discontinued. Due to this short production run there are far fewer ST90s than CT90s in the world, and as a result they’re becoming quite collectible. 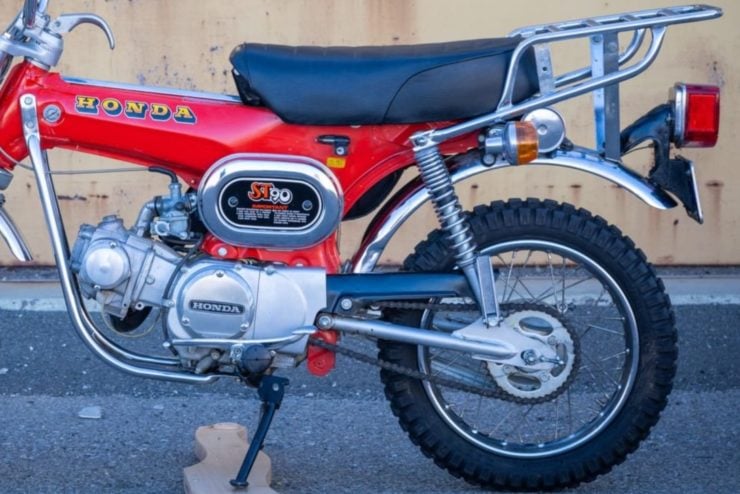 Power is provided by an 89c single-cylinder engine with a single overhead cam operating two valves. It has a three-speed semi-automatic transmission and power is sent to the rear wheel via a traditional chain drive.

The bike you see here is a Honda ST90 from 1973, it’s said to have spent the better part of 30 years in storage before it was bought by the current owner in 2022.

After getting it home the new owner cleaned the carburetor, changed the oil, and replaced the battery, spark plug, and fuel filter.

It’s now being offered for sale with a tool kit, an owner’s manual, registration documents from previous ownership, a copy of the original owner’s title, and a clean California title in the seller’s name.

If you’d like to read more about this unusual trail bike you can visit the listing here on Bring A Trailer. 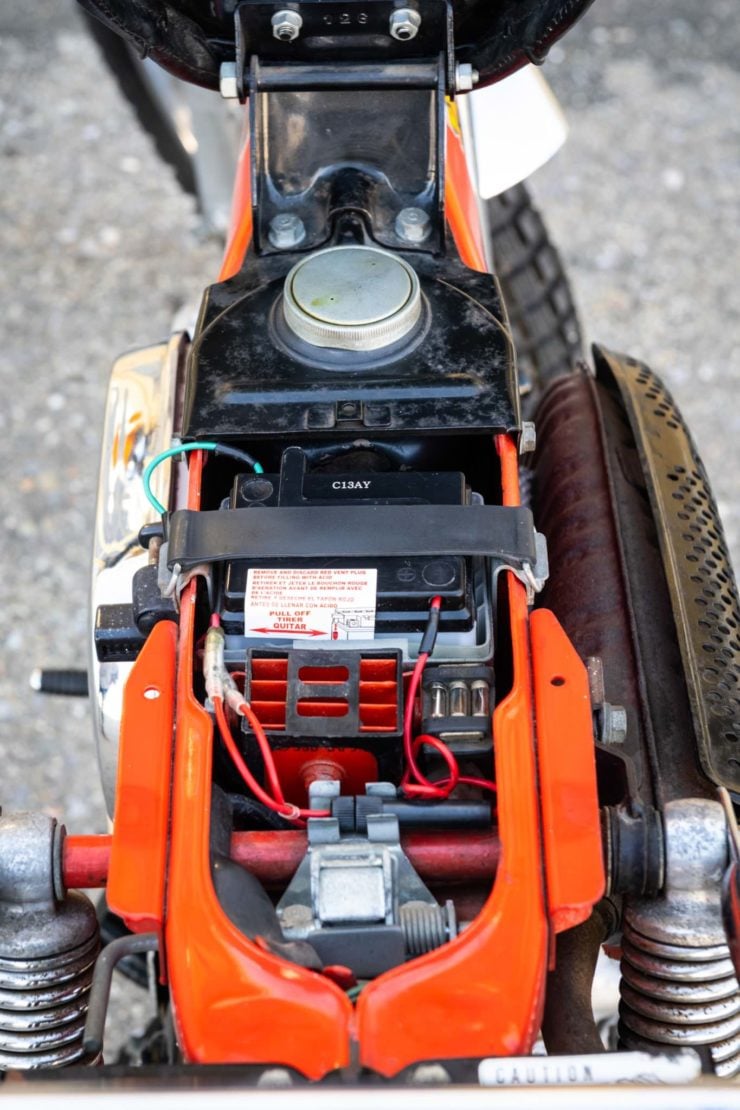 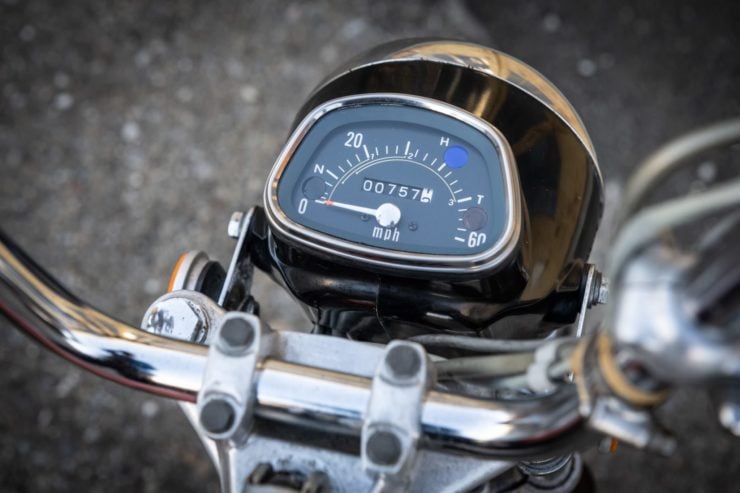 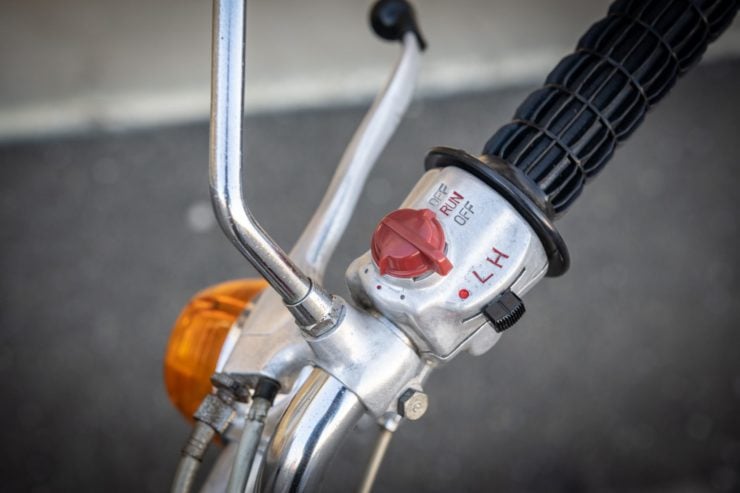 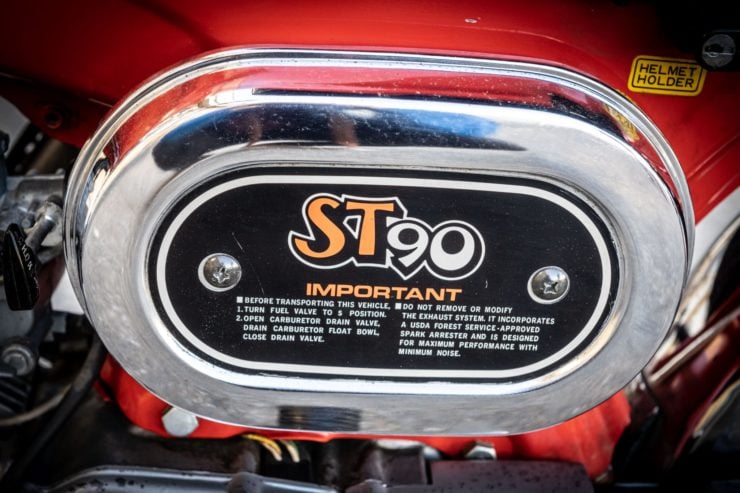 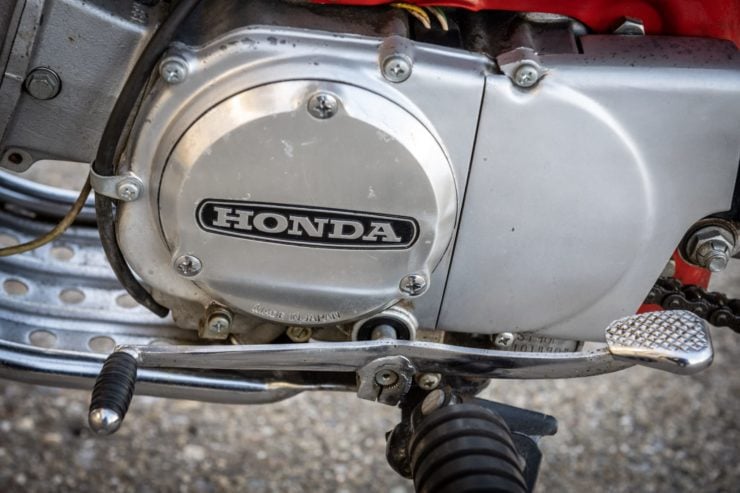 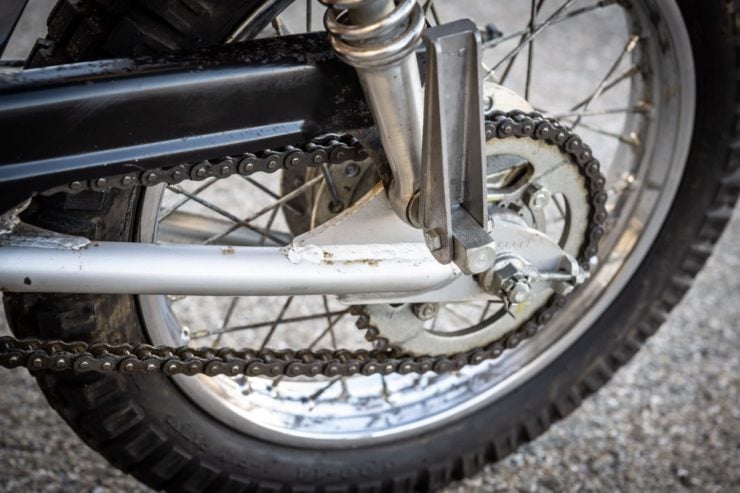 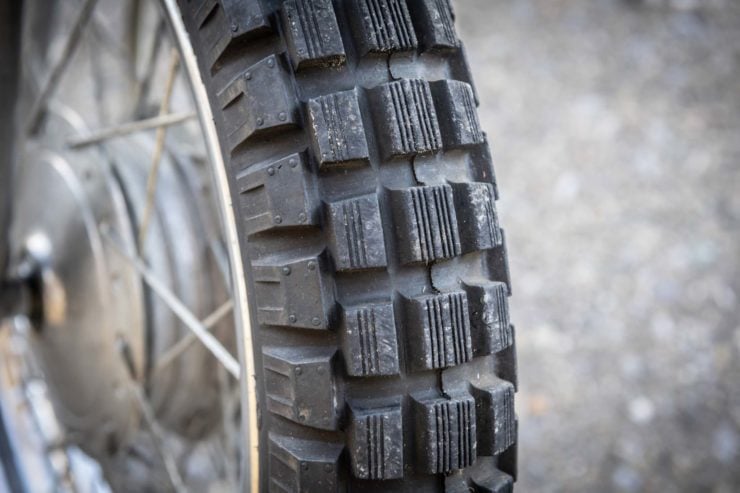 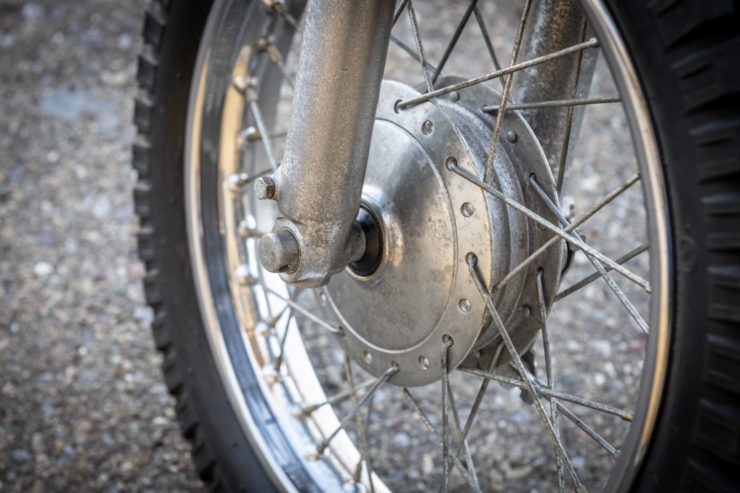 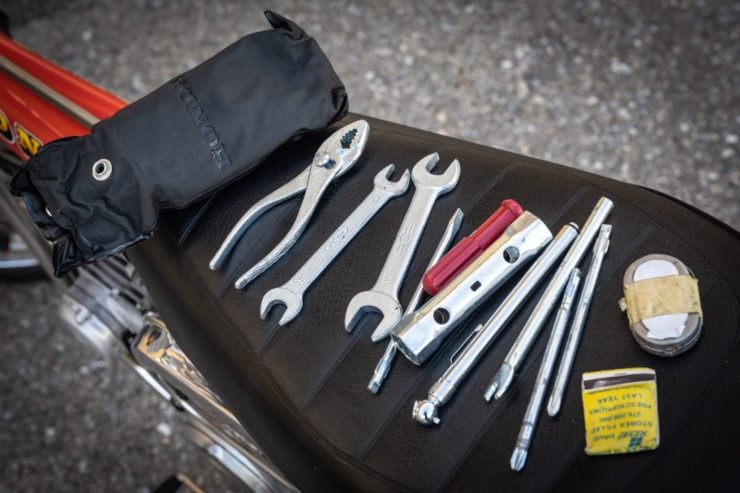 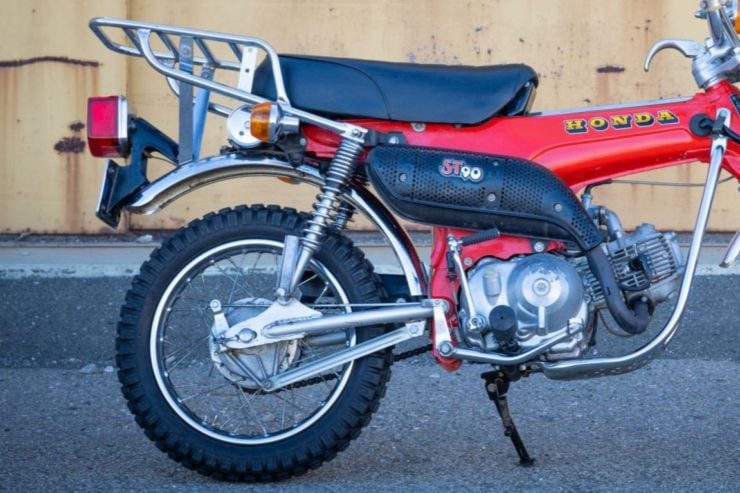 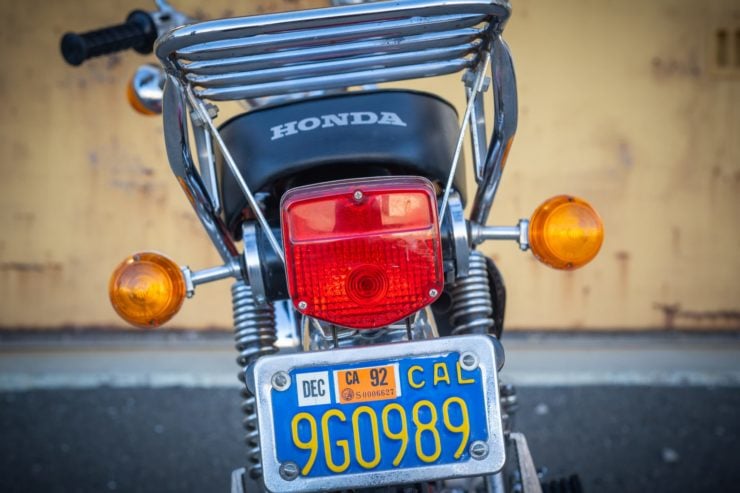 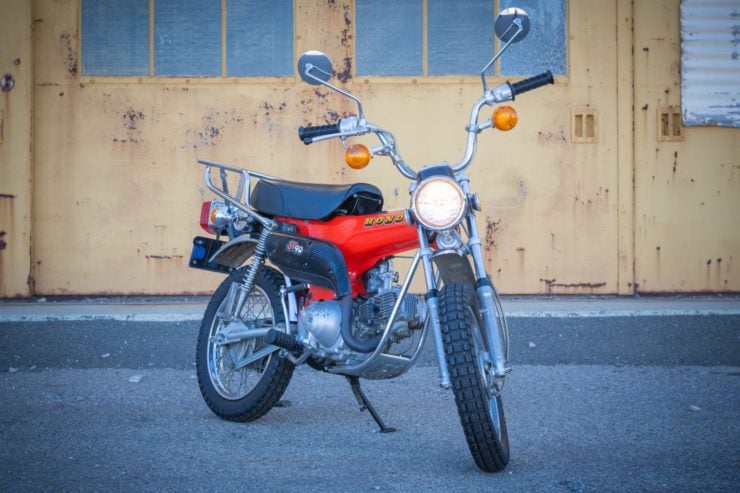 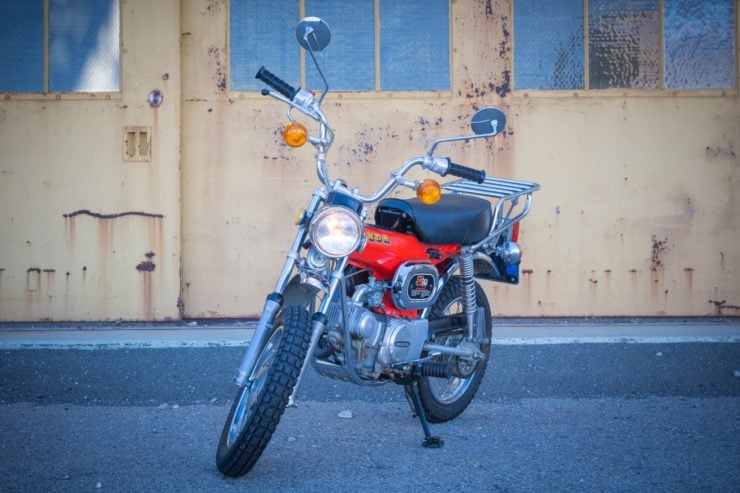