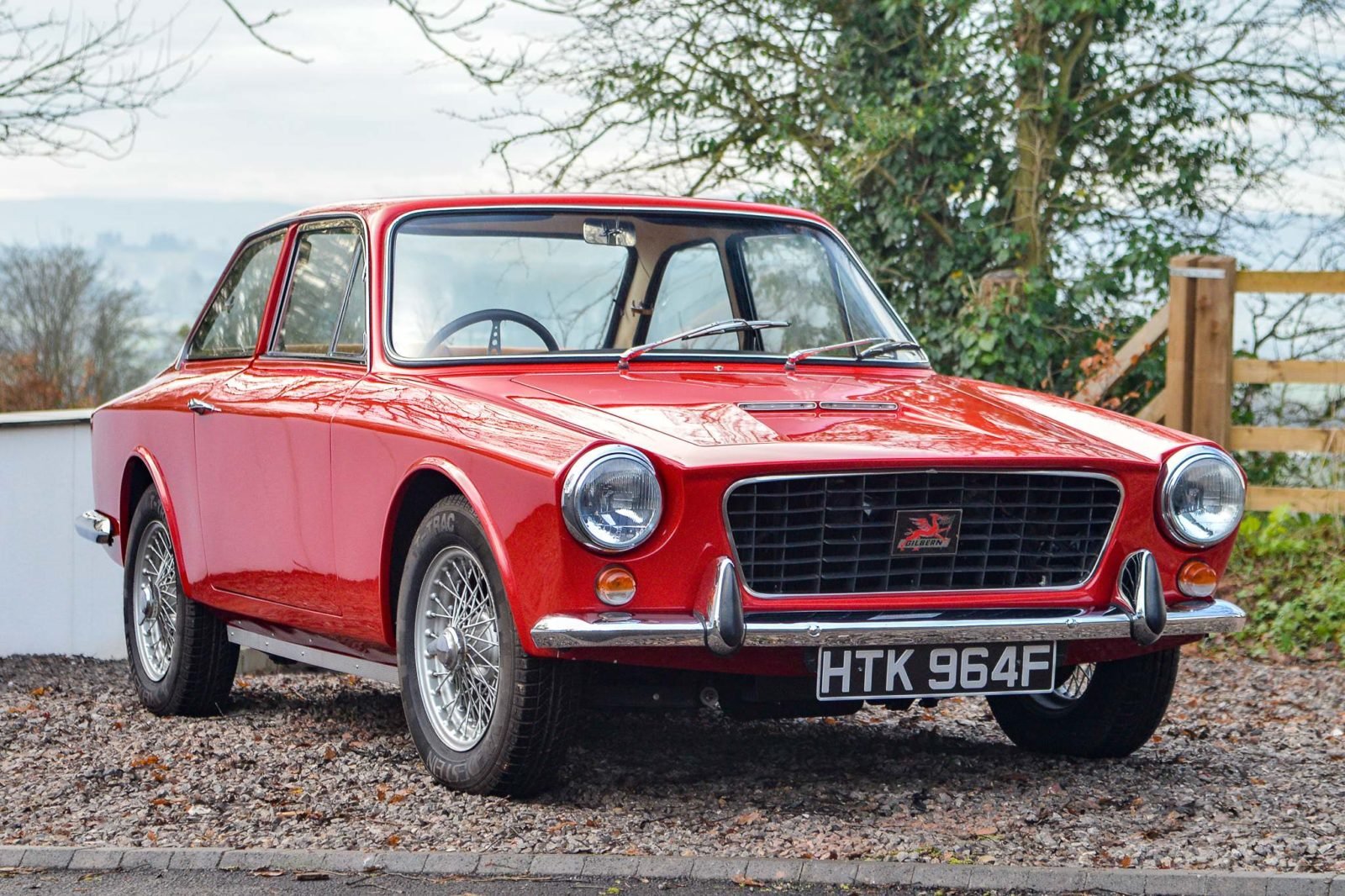 The Gilbern Genie is one of the better known cars from the only Welsh automaker in history – Gilbern Sports Cars Ltd. Gilbern was founded by a Welsh butcher and his friend, a German engineer who had been a POW in England during WWII, choosing to stay on in Britain after the war.

This unlikely pairing would create a highly regarded series of production cars, the first vehicles were built in 1959 in a shed behind the butcher shop. Within a few short years the company had displayed their vehicles at the finest motor shows in Britain and produced hundreds of automobiles. 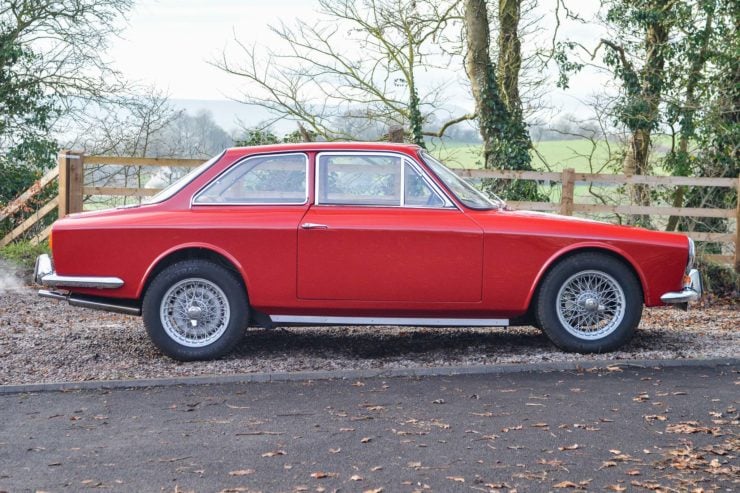 With its 2+2 seating, ample trunk space, and highway capable 3.0 V6, the Gilbern Genie is a surprisingly practical classic that won’t break the bank.

Modern-day Gilbern owners look dimly on anyone calling the vehicles built by the company “kit cars,” they prefer the term “component car” as they feel it better describes the more high-end construction process of each owner-built Gilbern.

Starting with the Gilbern GT in 1959, the company built a series of component cars that people could buy as kits to avoid the purchase tax on a new car. The designs all used a steel chassis with a fiberglass body, and a front mounted engine sending power to the rear wheels.

Engines, gearboxes, axles, brakes, suspension components and many other parts were sourced from larger British automakers like MG, Austin-Healey, and Ford. This helped to keep costs down and it vastly simplified the sourcing of spare parts for Gilbern owners.

Gilbern would ultimately stay in business from 1959 until 1973, selling hundreds of cars in the UK and some in Europe. Thanks to their rust-free fiberglass bodies many have survived to the modern day, they’re now highly prized thanks to their rarity and historical uniqueness – particularly in Wales. 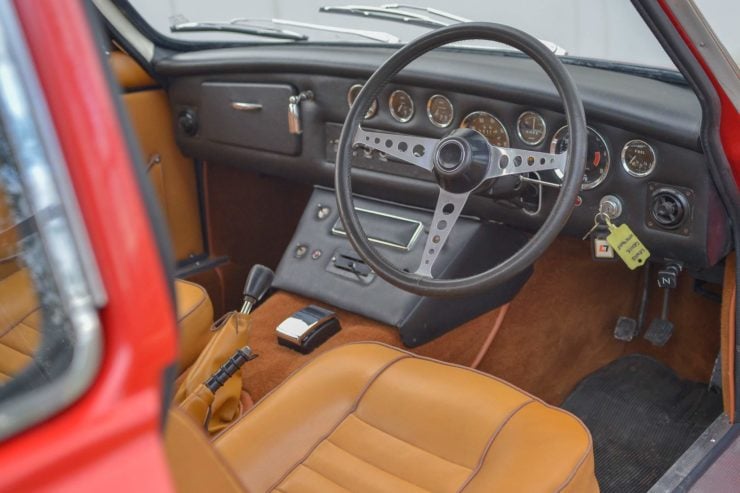 The nicely appointed interior of this restored 1968 Genie is a testament to the quality of work the original Gilbern workers put into each car.

Gilbern may soon no longer be the only automaker in Welsh history – TVR, the sports car builder and the black sheep of the British motoring industry, is currently fitting out a factory in Wales to build the new TVR Griffith – a Ford Coyote V8-powered GT car with a chassis designed by Gordon Murray.

The second car released by the company was the Gilbern Genie in 1966. This was a notably more refined car with better overall fit and finish, and a considerably more powerful engine – buyers could choose between the 2.5 and 3.0 liter versions of the Ford Essex V6.

The Genie is built on a semi-spaceframe steel square tube chassis, the fiberglass body is then bonded and riveted into place. When ordering your Genie you could order either the 4-speed or the 4-speed with overdrive gearbox and you had the option of choosing electric windows.

There were some changes to the suspension over the course of Genie production, earlier cars had suspension sourced largely from the MGB as well as the rear live axle, though some cars got the axle from the Austin-Healey 3000.

With its 2+2 seating, ample trunk space, and good performance, the Gilbern Genie and its closely-related successor, the Gilbern Invader, became the best selling model line in the history of the company – with a combined 800 units sold. In total there were 197 Genies sold and 603 Invaders. 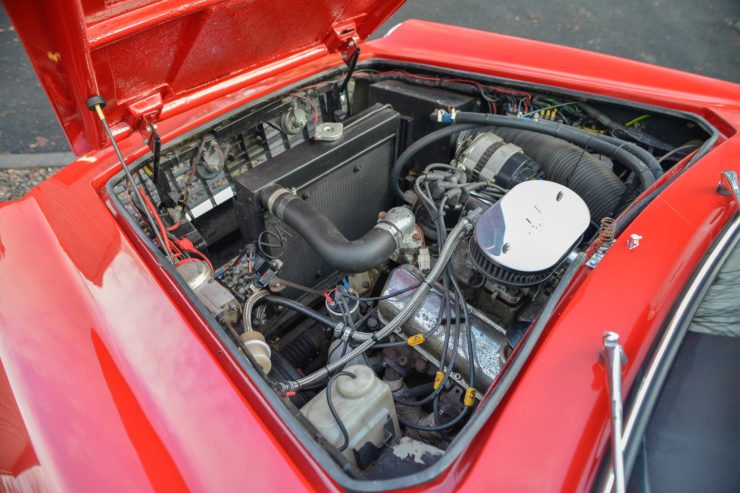 The Ford Essex 3.0 liter V6 was mounted as far back as possible for optimal weight distribution.

For a number of reasons the company would go bankrupt in 1973, the final nail in the coffin was likely the 1973 Oil Crisis which saw money for sports cars evaporate globally, causing the demise of a number of automakers and model lines.

The car you see here is a 1968 example of the Gilbern Genie, it was originally bought by an owner in Dorset before being returned to Welsh ownership.

In 2009 the car was fully restored and it now comes with a large folder of bills and receipts, documenting the time from its rebuild in 2009 to the present day. The car has also had a full engine rebuild, and it now has a stainless steel exhaust system.

The quality of the car throughout is listed as excellent, and thanks to the 3.0 liter Ford Essex V6 under the hood it will have no problem at all keeping up with modern traffic.

This car is currently being sold in a live online auction by Car & Classic out of the UK, if you’d like to read more about it or register to bid you can click here. 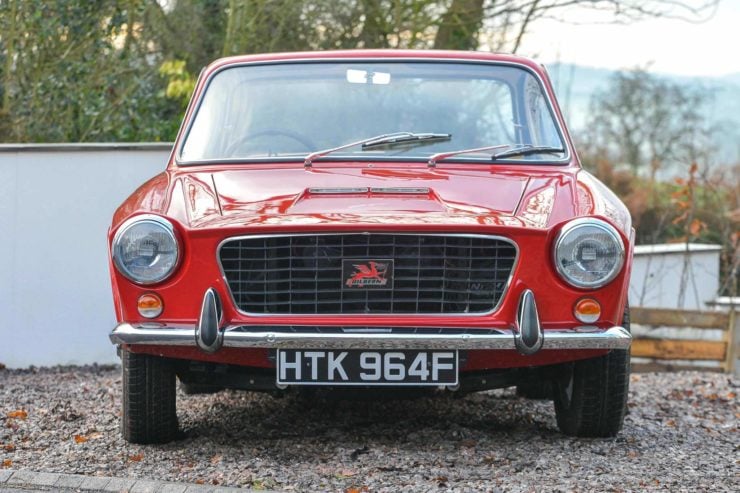 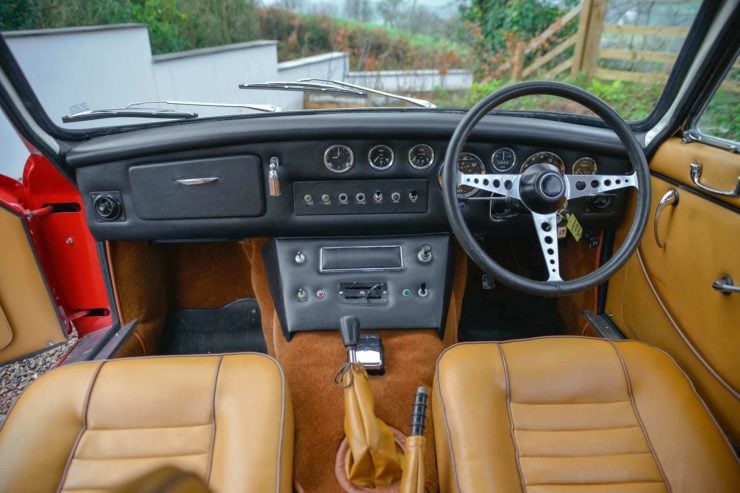 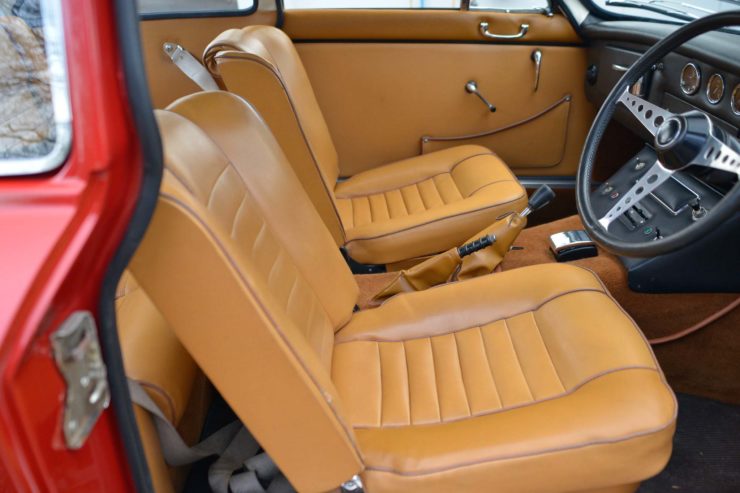 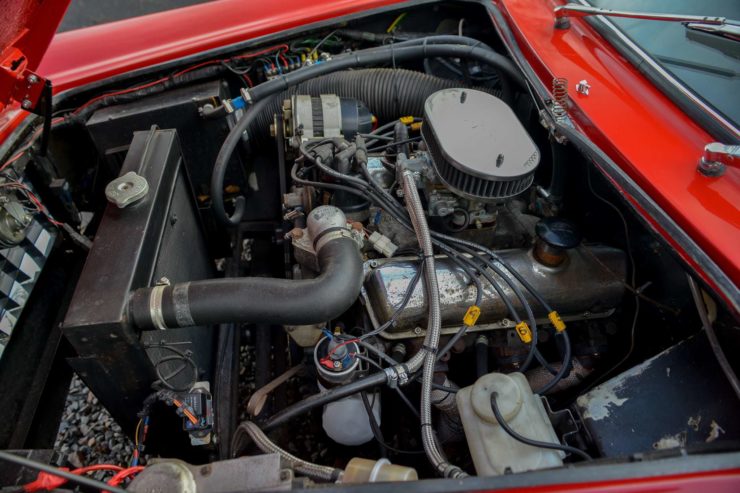 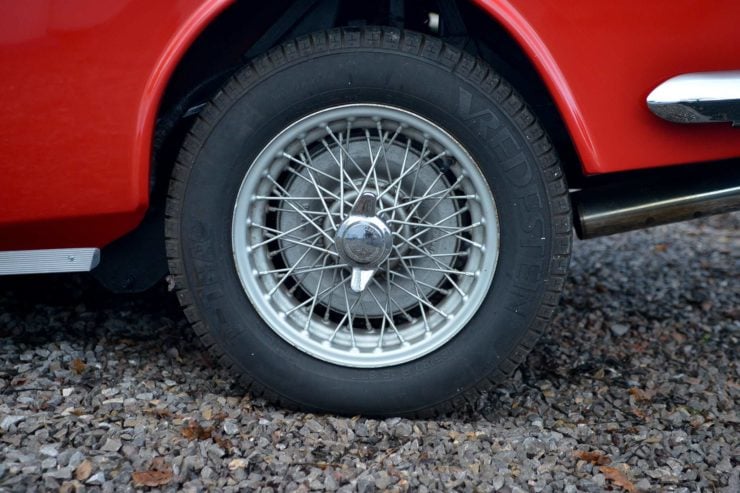 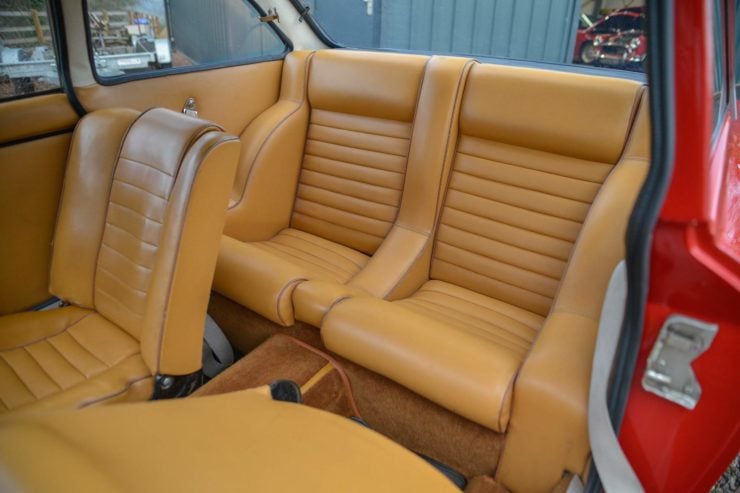 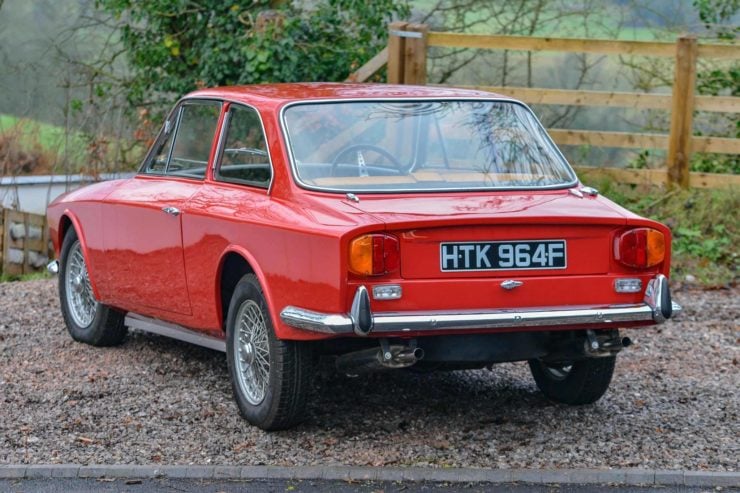 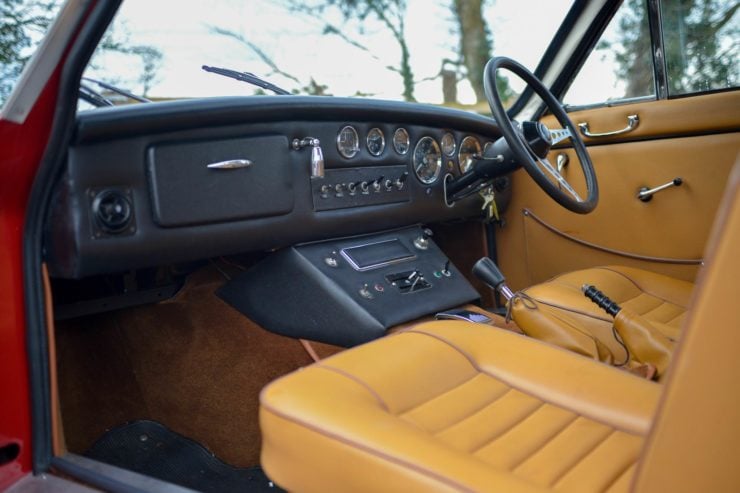 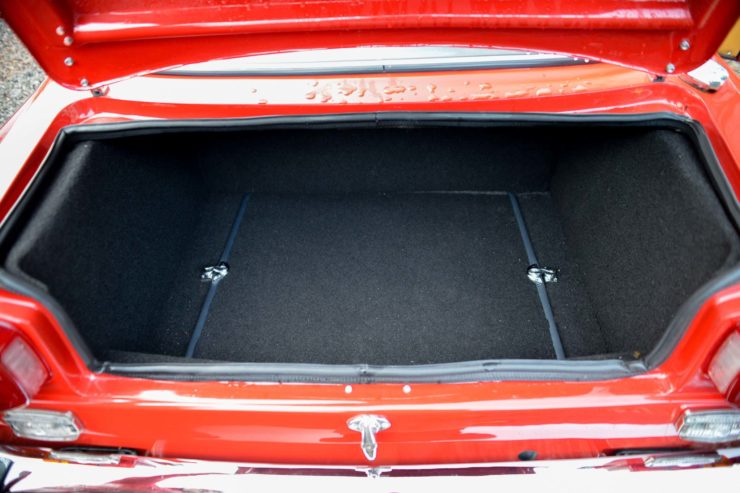 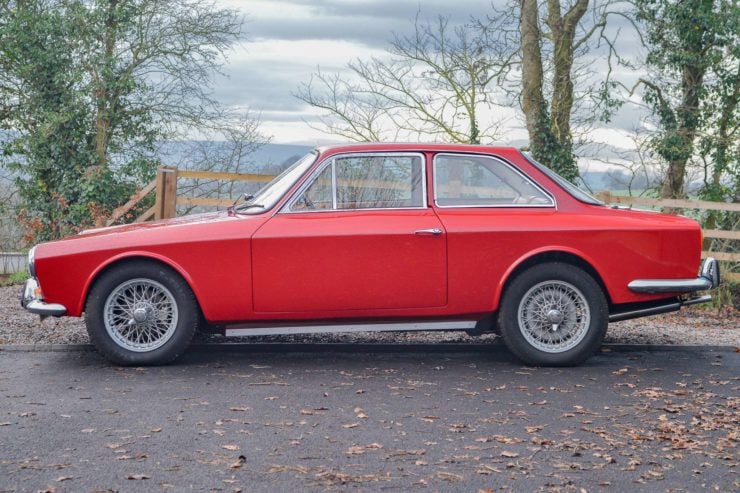 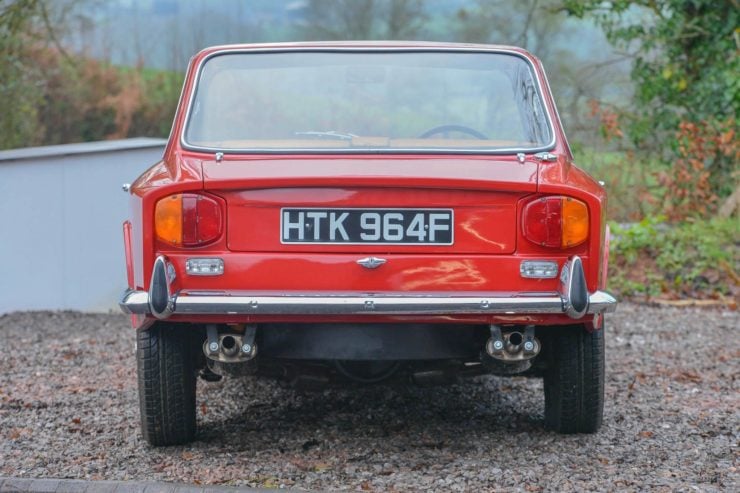