This vintage documentary is titled More Power to You, it covers the process of drilling for oil, transporting, it and refining it into gasoline. Now seems like a good time to learn more about this process, given that global events have caused record high fuel prices around the world.

There can be little doubt that fossil fuels were one of the most important discoveries in human history, we used coal, oil, and gasoline to fuel the industrial revolution – which in turn help to create the modern world we see around us.

The process by where crude oil is extracted from the ground still follows many of the same principles you’ll see demonstrated in this film, the same goes for the transportation and refining aspects of gasoline production. 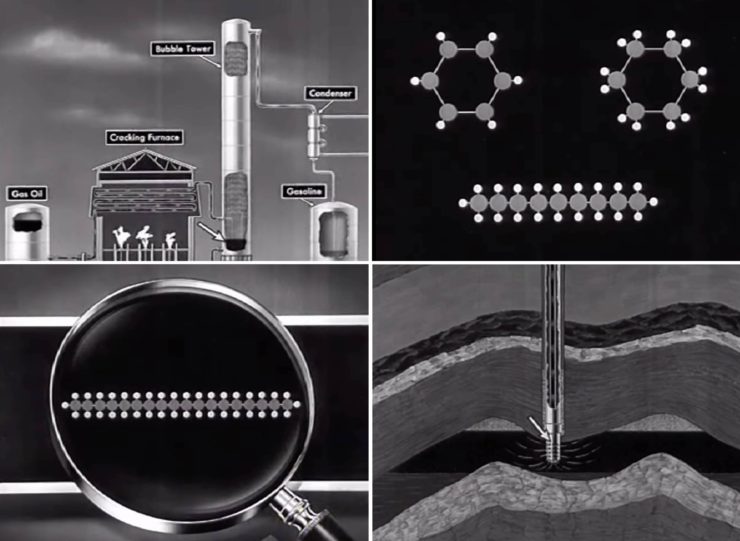 This educational documentary uses a combination of both animation and live action footage to show the entire process from drilling through transportation, refining, and consumption.

There are many newer technologies in use nowadays as well of course, and we’re now able to access reservoirs of underground oil that would have been out of reach when this film was made.

Humans have been using oil and its derivatives for thousands of years, dating all the way back to Herodotus in Babylon over 4,000 years ago.

The Chinese established oil wells and simple bamboo pipelines 1,800 years ago, using the oil to fuel fires that boiled off seawater so they could extract the salt. 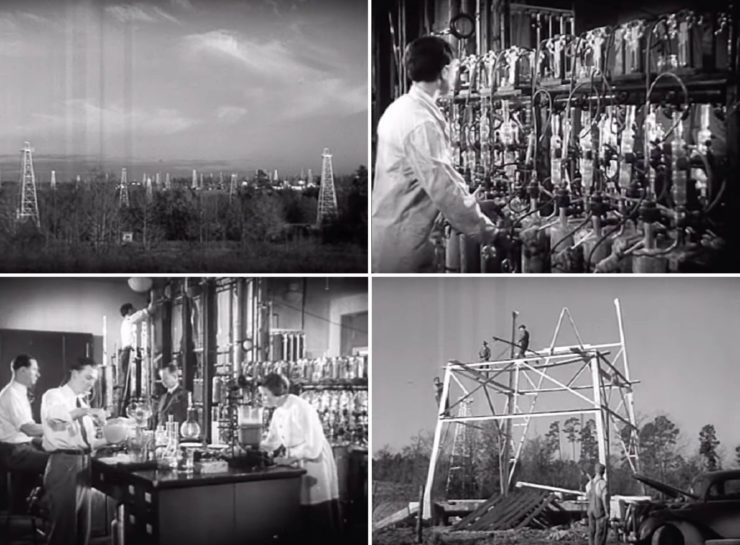 The film shows both the oil drilling aspect and the laboratory work that goes into producing oil and gasoline.

Modern science has shown us that the pollution and environmental impacts of fossil fuel use isn’t sustainable.

As wind, solar, geothermal, tidal, and biofuels power more of our lives its likely that our descendants a hundred years from now will look back on our habit of burning fossilized dead plants and animals for energy somewhat primitive.

Nothing will ever beat the sound of a V8 hitting its redline though.

If you’d like to read more about this history of oil and other fossil fuels you can click here to visit the interesting BBC history on the subject.

Published by Ben Branch - April 3rd 2022
Related Posts
For Sale: A “Back To The Future Specification” 1985 Toyota Hilux