When the 1949 Ford was released it was the first all-new automobile design introduced by an American Big Three automaker after World War II. It’s been called “the car that saved Ford” as its strong sales figures brought in critically needed funds, helping to keep Ford alive.

During WWII America’s automakers were all focussed on the war effort, Ford produced a number of military vehicles, the most famous of which is doubtless the Ford GPW – their own version of the Willys Jeep. 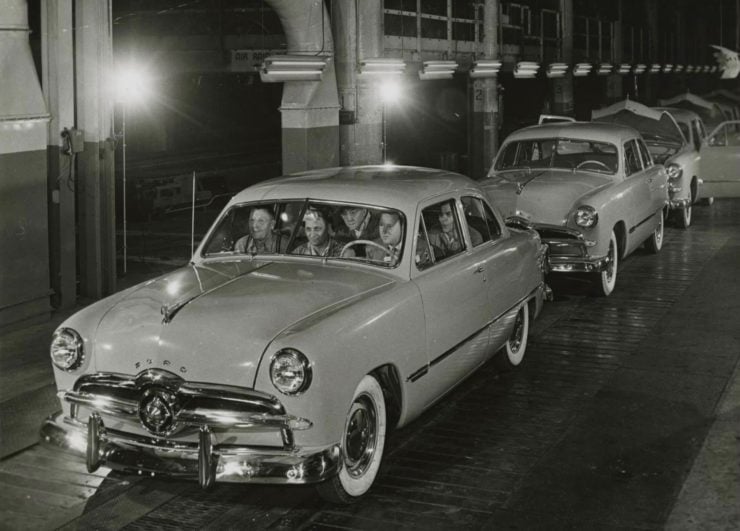 Here you see Henry Ford II driving the first 1949 Ford off the assembly line at the Rouge Plant in 1948, he accompanied by men who worked on the production line – the 1949 Ford could fit three adults sitting abreast front and back.

The war ended in 1945 and automotive production started up not long after, though the cars that were being built were lightly updated pre-war models.

1948 would be the year that the first generation of cars developed after the war were released, Ford led the way with their 1949 model series, beating Chevrolet by 6 months and Plymouth by 9 months.

The styling of the ’49 Ford was revolutionary, it used a sleek, aerodynamic “three box” design that was vastly more modern than anything else on the market at the time. It was a significant influence on both American and European automakers, and it helped set the tone for automotive design in the 1950s. 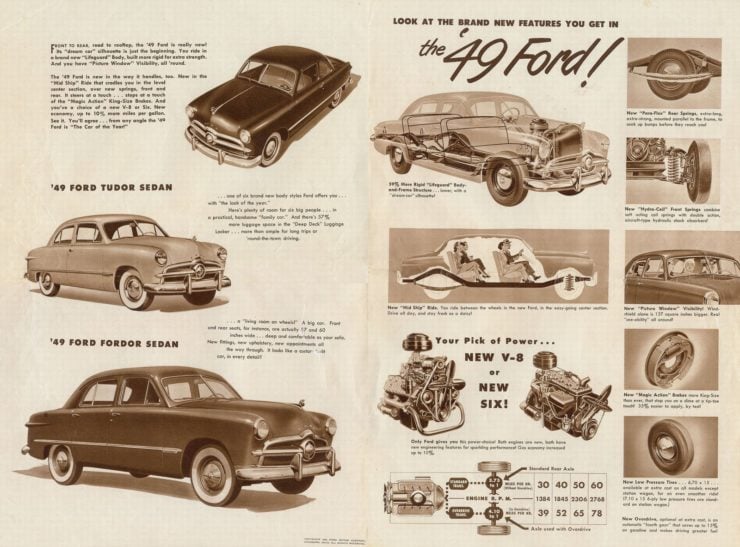 This page from the original brochure highlights the advancements that had been made in suspension and chassis design, and the focus that had been placed on ride quality.

The 1949 Ford was first shown to the public at the Waldorf-Astoria Hotel in New York City in June of 1948, there was a four-door sedan, a two-door “woodie wagon,” a two-door convertible, and a two-door coupe.

The car was kept in production for a total of 16 months rather than the more common 12 months as Ford had trouble meeting demand for the car – they would ultimately sell 1,118,762 units. 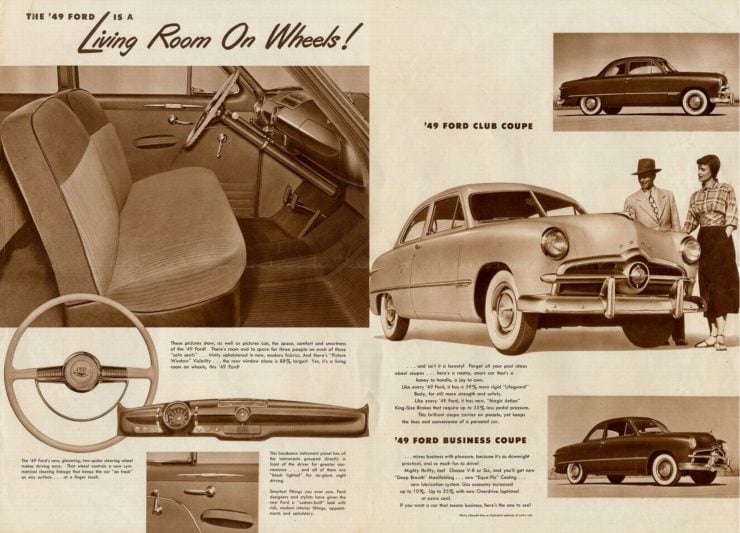 The engine had been moved forward a few inches compared to similar previous Fords to allow more space for passenger comfort – this was a key consideration in all aspects of the 1949 Ford design.

The 1949 Ford design would remain in production with updates to create the 1950 and 1951 models before they were succeeded by the 1952 Ford, a car that took much of its inspiration from its forebear.

If you’d like to read more about the 1949 Ford you can click here to visit the official page on the model from Ford.

The film above is a promotional documentary about the car that runs at 41 minutes in length, giving a detailed look into the car, its design and development, and its history. 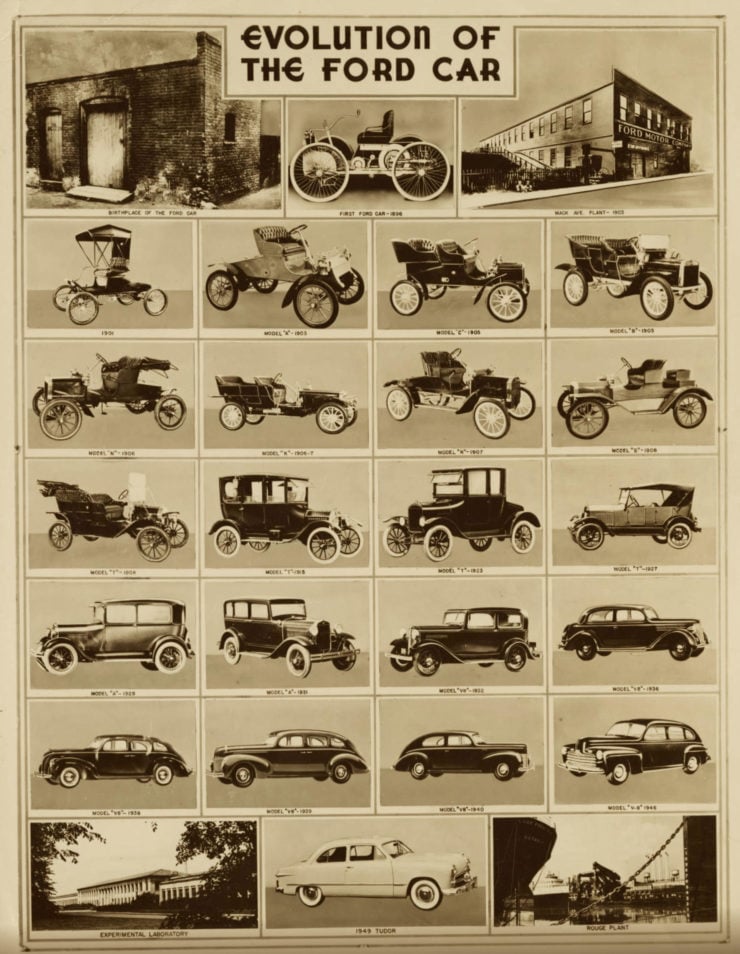 All images courtesy of The Henry Ford Museum.