This is the front end from a Ferrari 500 Mondial Series I, almost certainly the most famous of the few four-cylinder cars made by the Italian automaker.

Although Ferrari is of course known best for their V12s, not to mention their flat-12s and forced-induction V8s, there was a time in the 1950s when the relative simplicity of four-cylinder engines were the order of the day, for some models at least.

This is the Ferrari 500 Mondial in racing trim, they competed extensively in the early-to-mid 1950s. Image courtesy of Ferrari.

In the early 1950s Enzo Ferrari had Aurelio Lampredi design a new double overhead cam four-cylinder engine with two valves per cylinder. Lampredi is best remembered for his design of the larger of the two Ferrari V12s, known among enthusiasts of the Lampredi V12.

The Ferrari 500 Mondial was named, in Ferrari tradition, for the displacement of a single cylinder – approximately 500cc in this case. The Mondial was produced over two generations, known as Series I and Series II, and they’re not to be confused with the Ferrari Mondial produced from 1980 to 1993.

The 500 Mondial has a tubular steel chassis, independent front suspension and a de Dion rear. Drum brakes were used on all four corners and power was sent to the rear wheels via a 5-speed manual transmission. 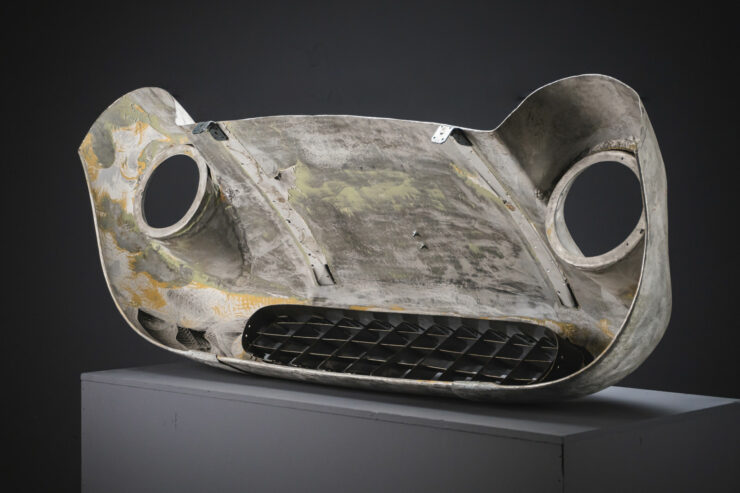 The incredible workmanship of the Italian artisans tasked with shaping alloy panels into lightweight bodies is on full show with this piece.

The aluminum-alloy Ferrari 500 Mondial front end you see here was removed by a shop in Italy during a restoration, and then later fitted with wall fixings so it could be put up on display.

It measures in at approximately 60″ wide, 30″ deep, and 17″ tall, and solder is present on the outside surface along with contour markings and handwritten measurements.

It’s now being offered for sale out of Carmel Highlands in California on Bring a Trailer. If you’d like to read more about it or register to bid you can visit the listing here. 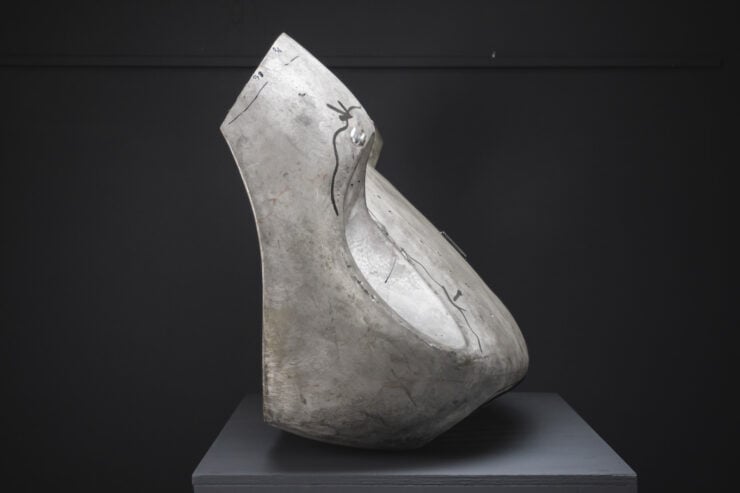 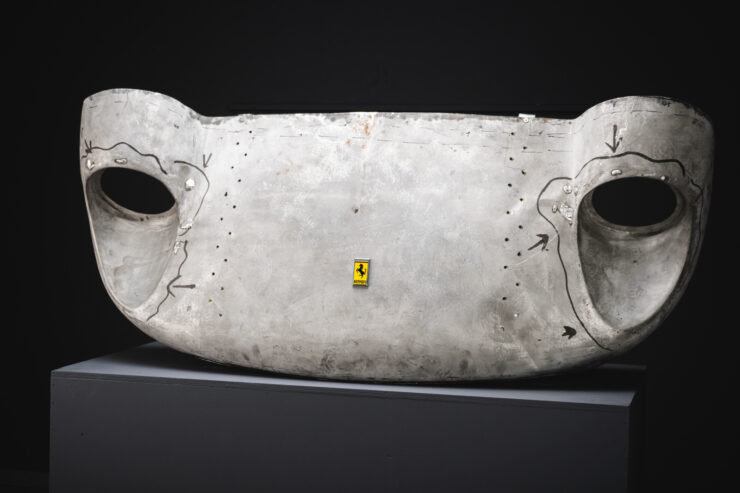 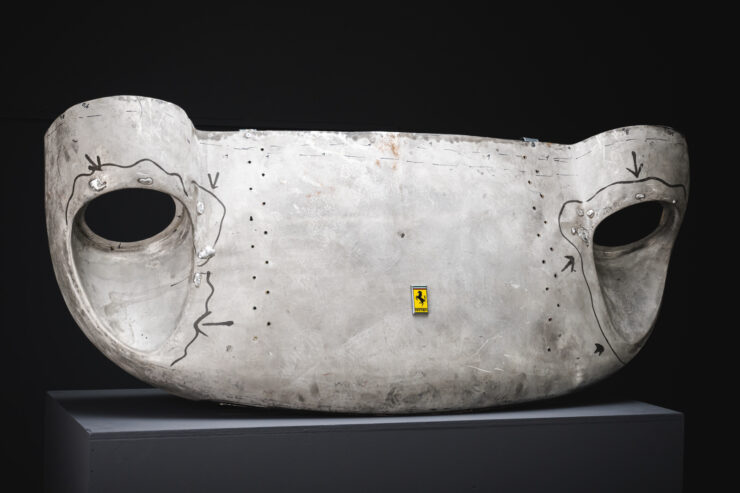 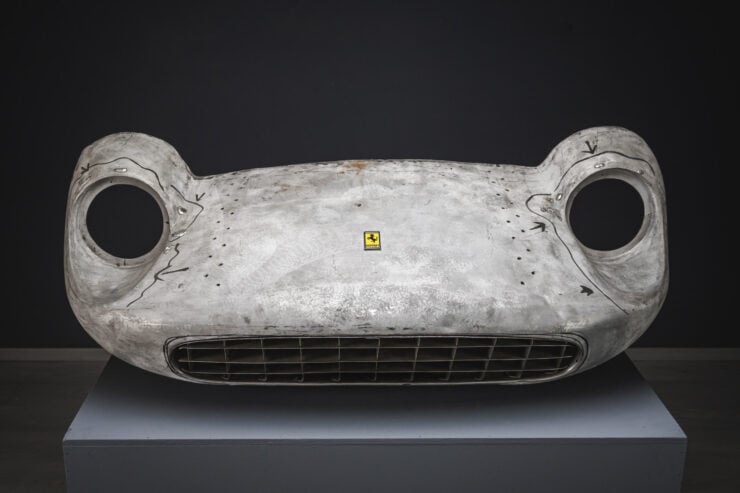 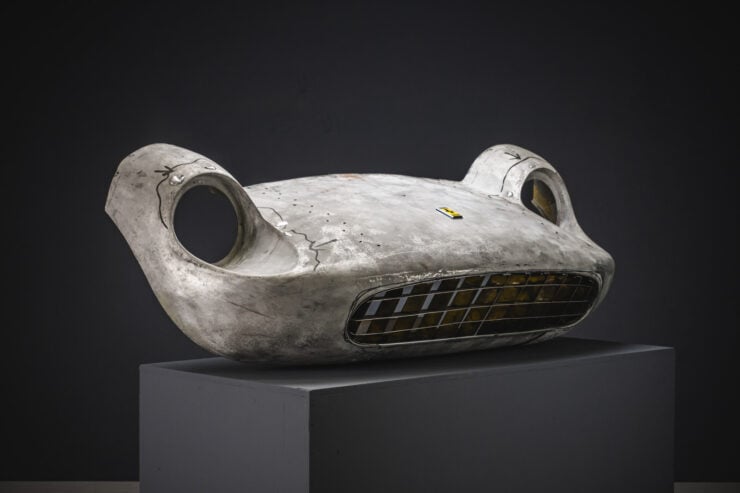 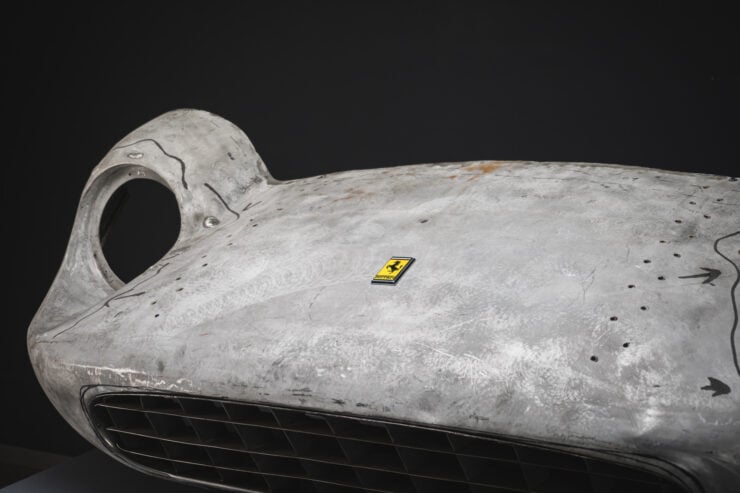