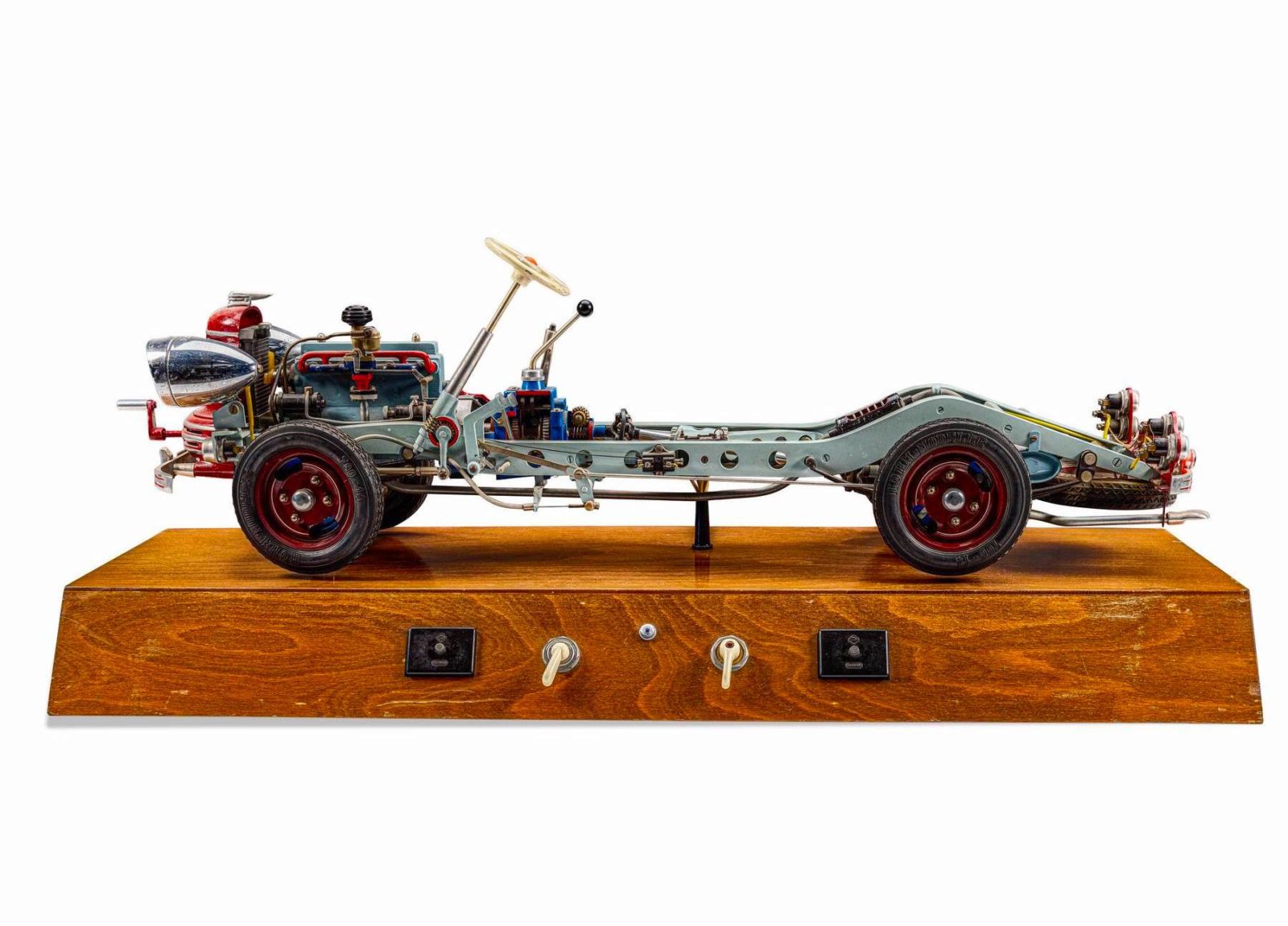 This cutaway model is an educational display piece from German company Hohm Modelle, it was developed to show learner drivers how each of the key mechanical components of an automobile works.

Hohm Modelle was conceived by Emil Hohm in 1934, an Opel dealer in Germany, and Werner Degener, a driving instruction-manual publisher. Their first scale model was an Opel Admiral, a popular car in Germany at the time and it was first publicly shown at the 1939 Automobile Exhibition in Berlin.

The model included a slew of carefully cast metal pieces along with many precision cut parts like gears for the transmission, steering, and differential. The headlights, brake lights, and indicators all work as they should – as do the brakes and suspension. 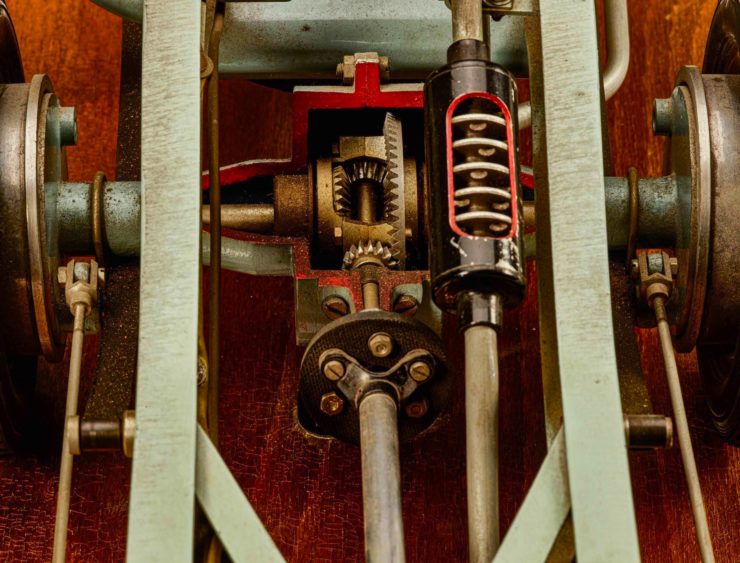 Here you can see the incredible detail inside the (working) differential, and inside the exhaust muffler next to it.

An electric motor is incorporated into the model which turns the engine over sending power back through a working clutch into the gearbox, from there it goes back through a driveshaft into the differential and out to the wheels.

The model was used extensively when teaching people the finer points of automotive engineering, this was back in an era before the widespread use of automatic transmissions, so anyone who wanted to drive had to learn to use a clutch and gearbox.

The Hohm model you see here is one of the earlier examples, with designs being updated over the years to better reflect the cars that were predominantly being driven at the time. Later models featured more modern designs, in total the company is said to have produced over 7,000 of them. 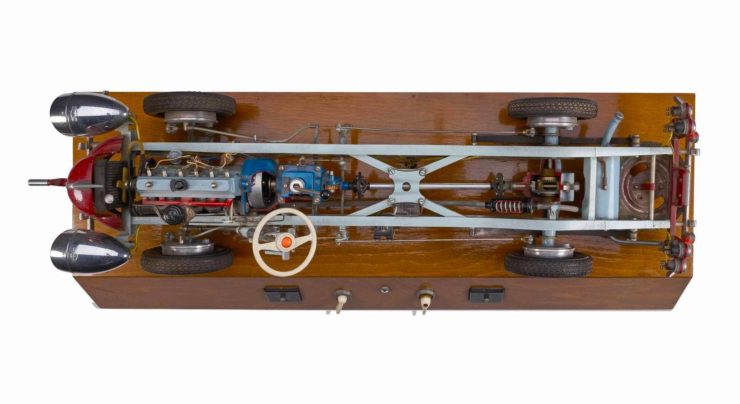 The oversized headlights are functioning, along with the other lights on the car. The model allows students to see power being transmitted back from the clutch through the gearbox, into the differential, and out to the rear wheels.

With the mass-production of inexpensive cars like the VW Beetle the popularity of the personal automobile skyrocketed in Germany after WWII. Driving schools sprang up across the country and Hohm models had the market cornered – supplying almost 70% of them.

The surviving examples of these models are now highly collectible, particularly if they’re still functioning correctly. The model you see here is one such working example, it measures in at 41 inches or 1.04 meters long and it’s due to be offered for online auction by The Market by Bonhams.

If you’d like to read more about this unusual Hohm model you can visit the listing here. It’s being offered out of Los Angeles, California, with a price guide of $1,000 – $1,500 USD. 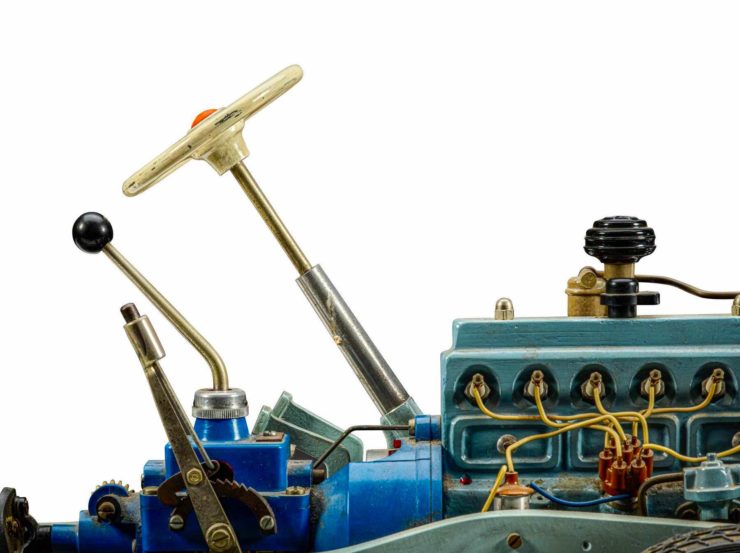 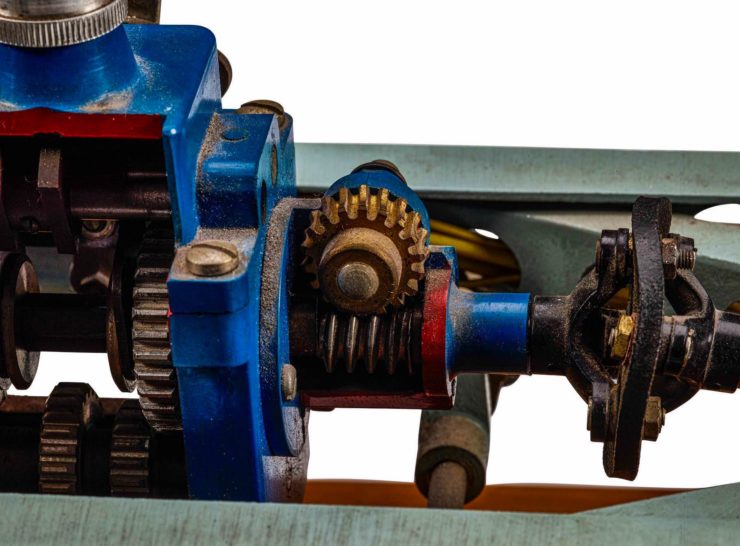 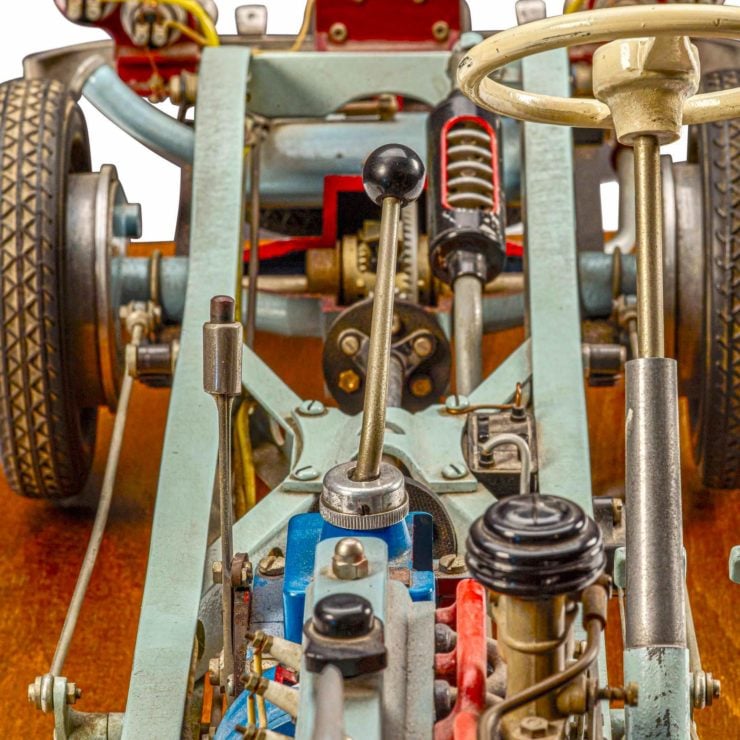 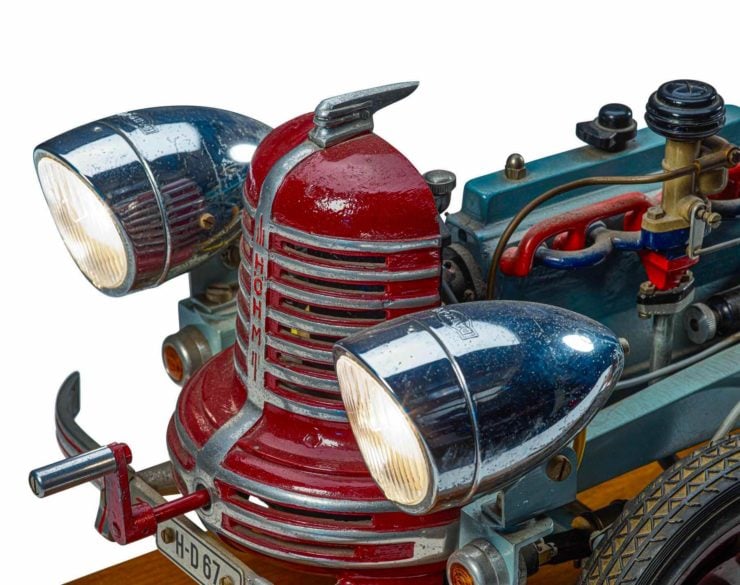 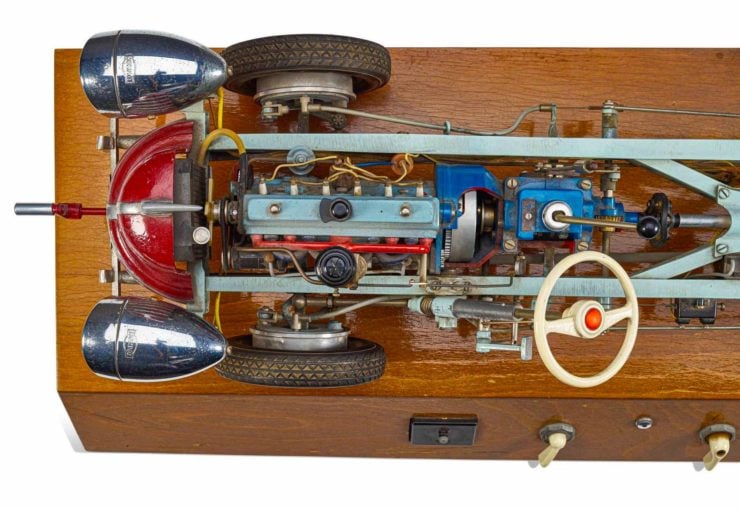