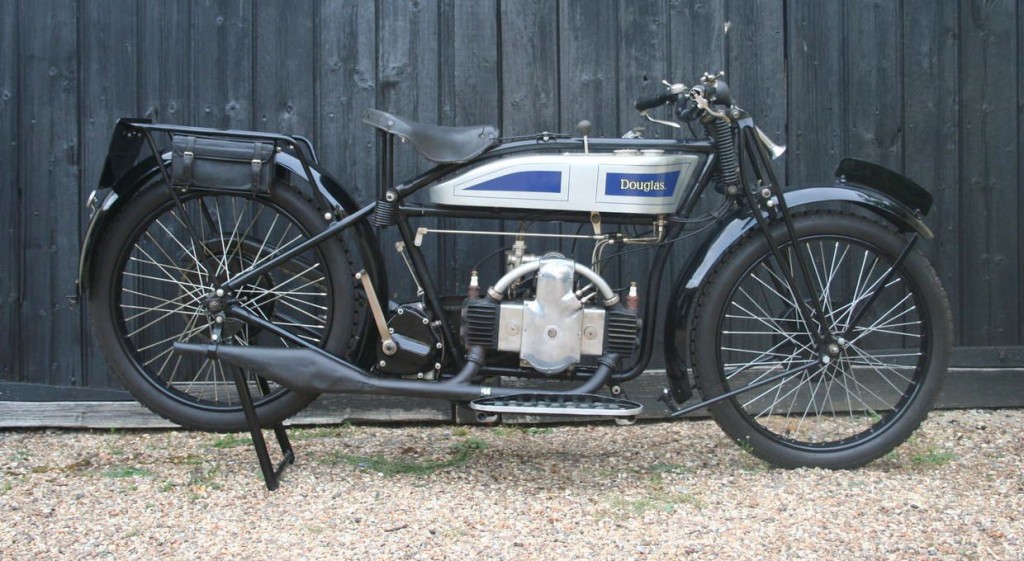 The Douglas 348cc EW was originally shown to the public at the 1925 Olympia Show, it was specifically designed to benefit from tax concessions available to lightweight motorcycles and so it weighed in (dry) at under 200lbs. The engine is a rather interesting “fore and aft” flat twin with a 348cc capacity, a fixed-head sidevalve, an outside flywheel, hand and mechanical oil pumps, and a BTH magneto ignition.

The Douglas was fully restored in 2008 to immaculate working condition and is now being offered at the Bonhams Autumn Stafford Sale on the 21st of October this year, the estimated price is between $9,700 and $13,000 USD, which I think is a steal for a bike like this. Check out the official listing here. 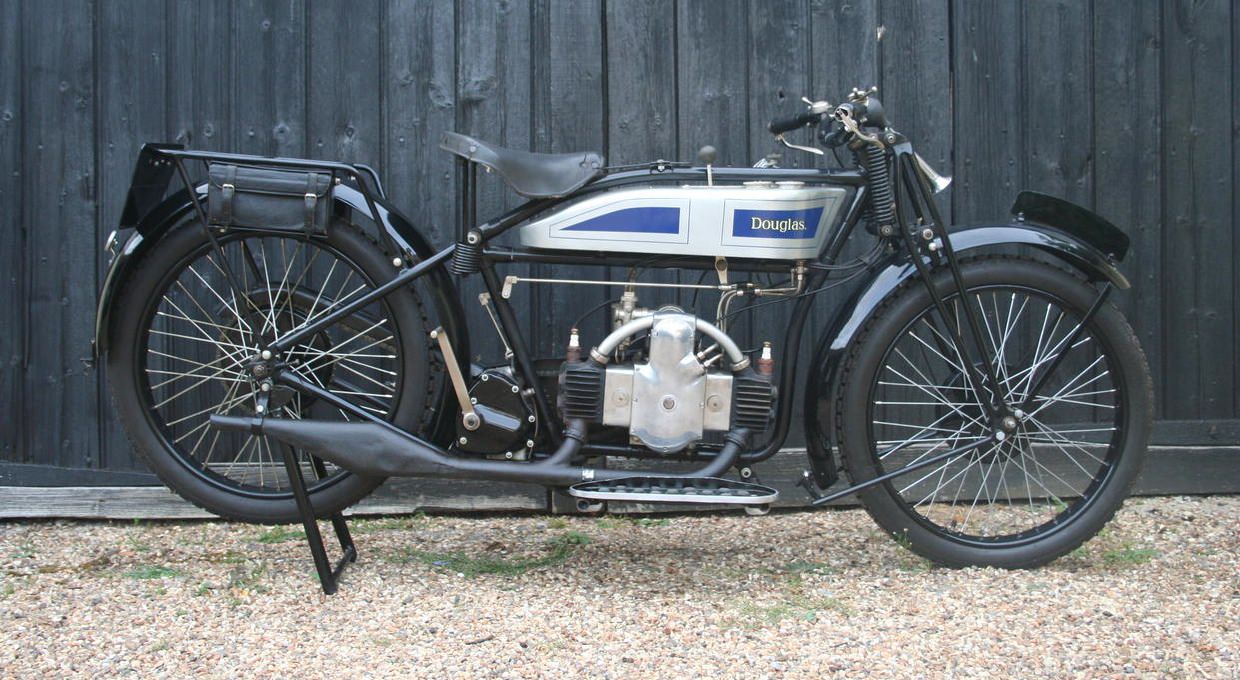