Ultimately the Dubai Road Express would be cancelled by transport company Johan Evensen & Sønner after this journey, as it was deemed too dangerous and too difficult, particularly the desert sand section between Doha and Dubai.

The film was made in 1976, years before civilian use of the GPS system was permitted, and so all navigation had to be done the traditional way – with maps, a compass, and stopping to ask locals for directions. 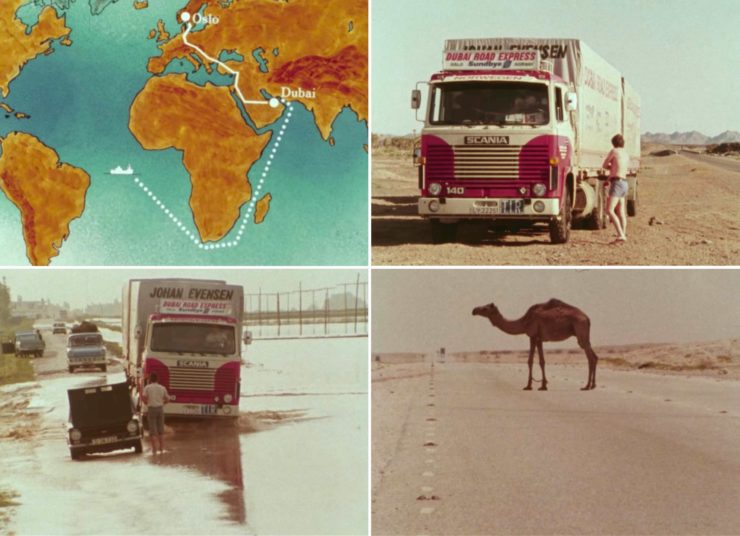 The total journey covers thousands of miles between Norway and Dubai, including a number of dirt road sections and a desert crossing.

The attempt to navigate from Norway to Dubai by truck was partly inspirited by a mechanical failure aboard the tanker ship Serpens Constellation. The required spare part was made in Norway, and the ship would rendezvous in Dubai to collect it.

This trip can all be done on sealed roads now, in fact they’re mostly multilane highways, so this film offers a unique look back at a time when the route was a genuine desert-crossing adventure.

Truck manufacturer Scania commissioned the film to showcase the journey, believing at the time that it could become a new regular trucking route. 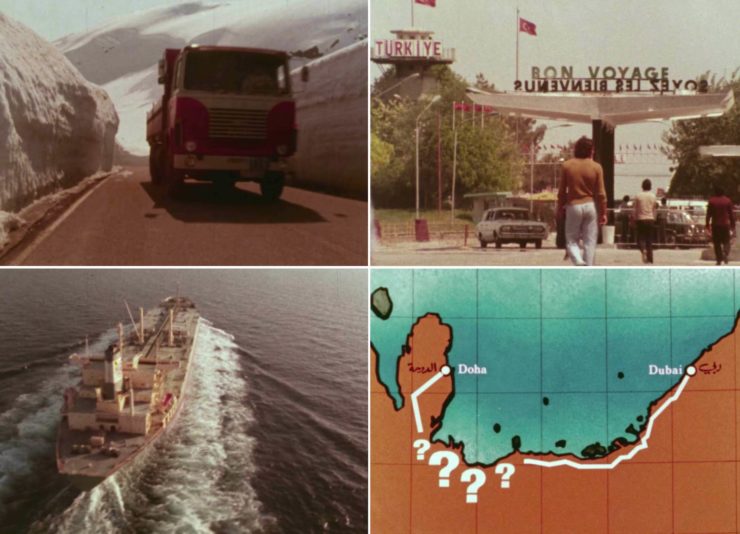 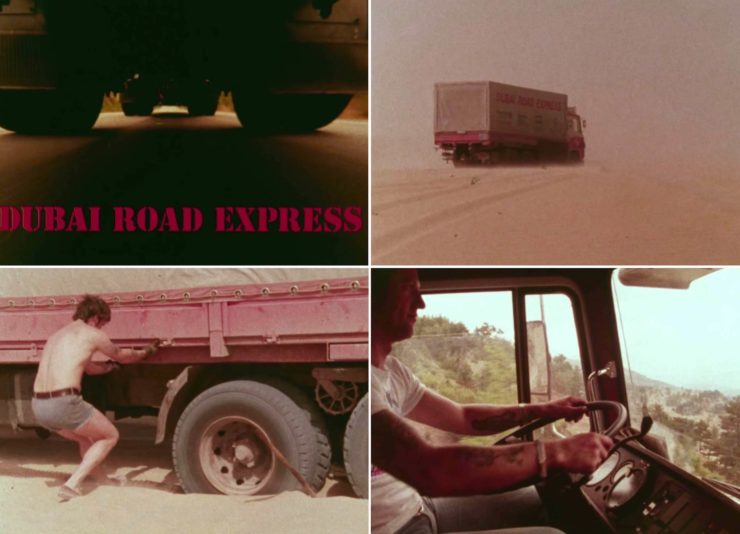