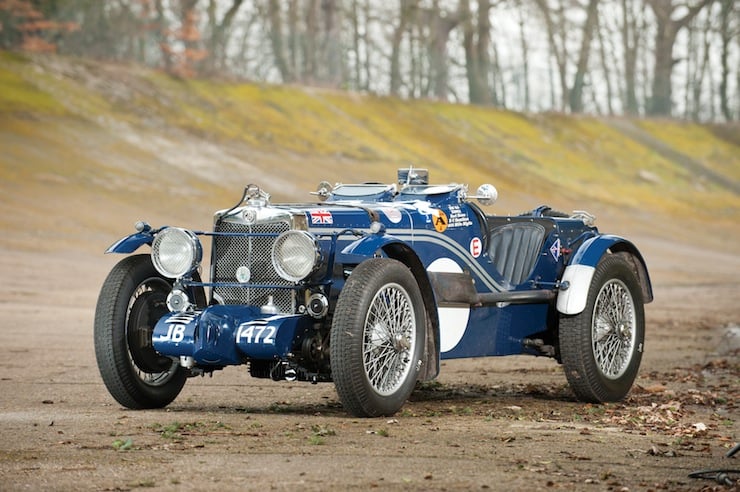 The MG K3 Magnette is quite a remarkable motor car, this example actually won the Mille Miglia in 1933 in the hands of the capable racing driver Earl Howe. The Earl is also largely responsible for the model’s existence as he pressured the MG factory to build it, even going so far as to underwrite the development costs.

The supercharged 124hp, 1086cc SOHC supercharged six-cylinder engine in the MG K3 Magnette has a single SU carburettor, 4-speed manual pre-selector transmission, front semi-elliptic springs with solid axles, and four-wheel mechanical drum brakes. The horsepower to capacity ratio on this engine is exceedingly impressive for the era, in fact many motorcycle manufacturers struggle to get more horsepower than this from similarly sized engines almost 80 years later. 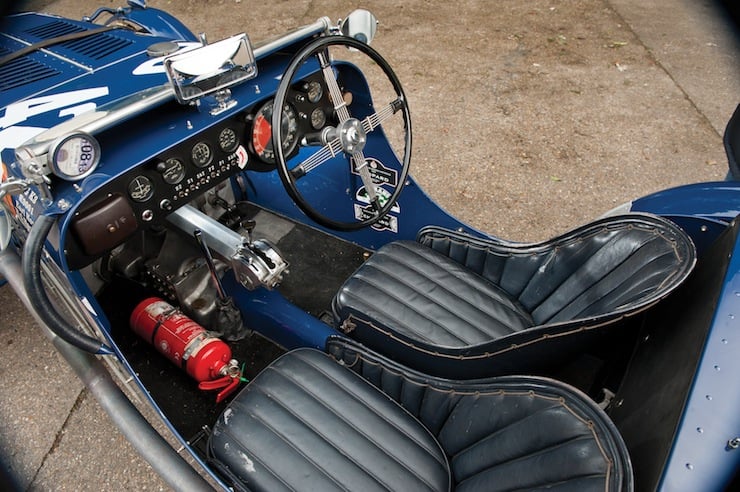 The MG K3 Magnette was built as a Mille Miglia contender for the race in ’33, the road race had been dominated by the Italians in their Alfa Romeos and Maseratis – this is something Earl Howe decided to change.

3 K3 Magnettes were entered into the 1000 mile race, they all managed to run at speeds up to and slightly over 110mph during the race and as the Italian cars fell by the wayside with reliability issues, the MGs came through to take a 1-2 finish. They collected the team prize with average speeds of 56.9 mph and 56.82 mph. They might have been faster – but frequent spark plug changes were required throughout the race, requiring some rather fast-handed mechanical work.

This is widely considered to be the most desirable of the K3 Magnettes due to the fact that it’s the same car piloted by Earl Howe all those years ago at the Mille Miglia. It’s estimated to be worth somewhere in the region of €580,000 to €700,000 EUR, which is actually not too bad considering its heritage and rarity.

Should you wish to read more about the car, or register to bid on it, you can click here to visit RM Auctions. 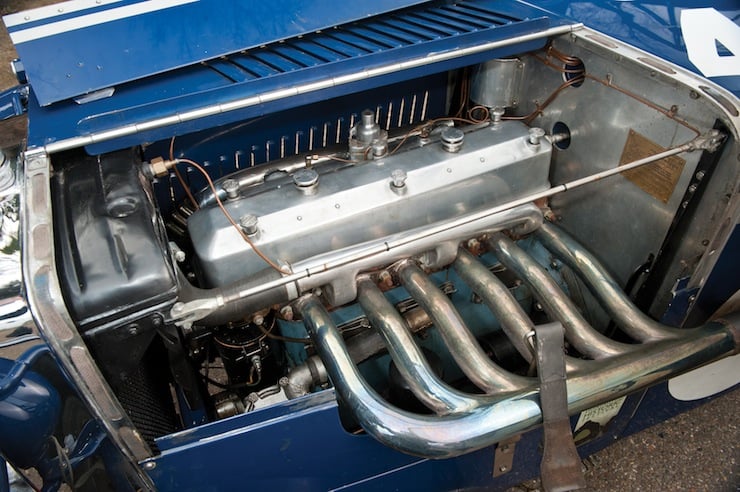 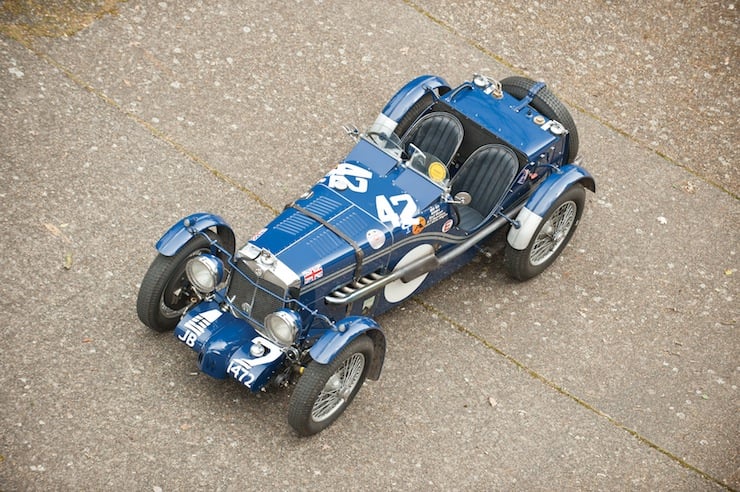 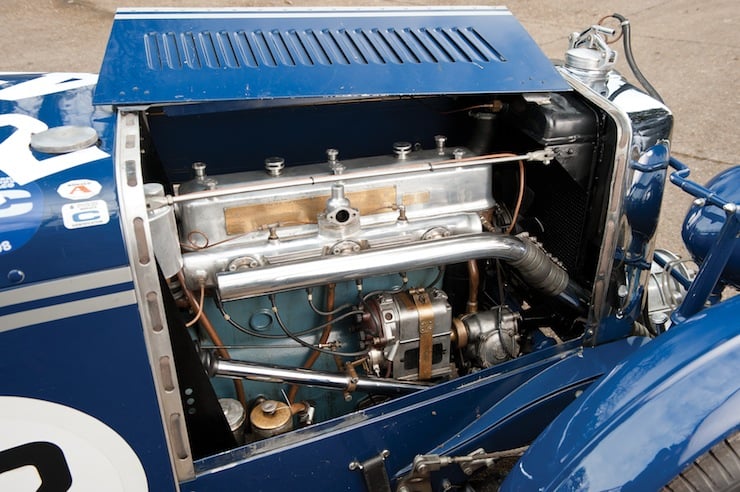 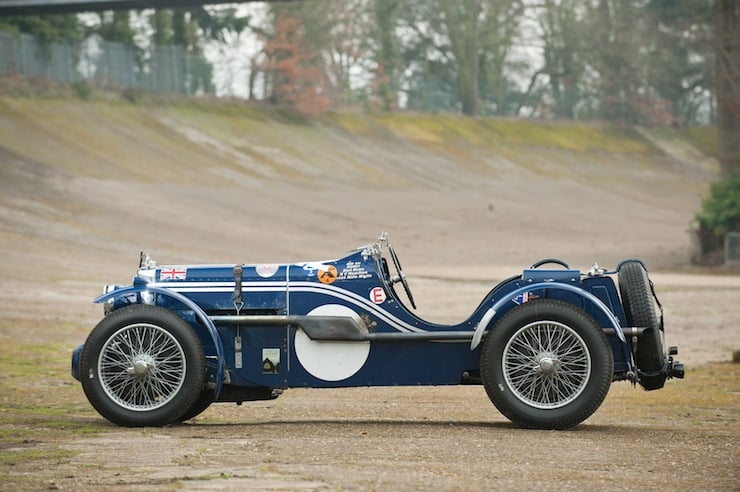 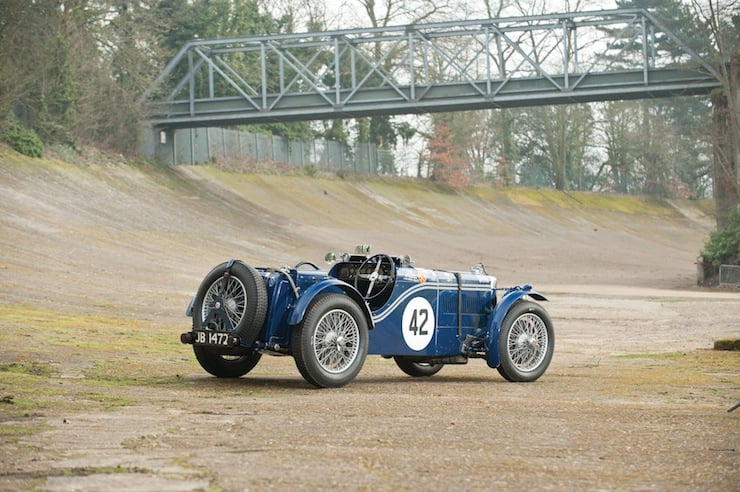 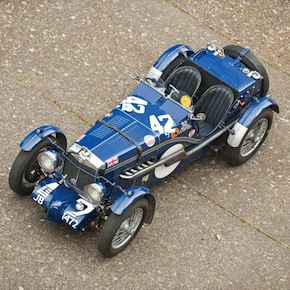