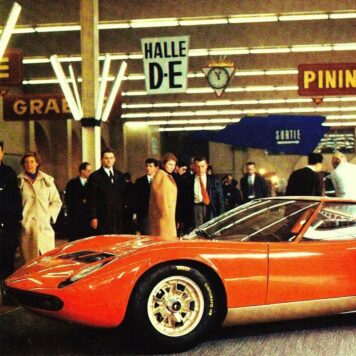 This is the first glimpse the world caught of the Lamborghini Miura, the car was unveiled at the Geneva Motorshow in 1966 to rapturous applause and has stood as a testament to the phenomenal automotive engineering talent of Lamborghini’s three top engineers, Bob Wallace, Gian Paolo Dallara and Paolo Stanzani. 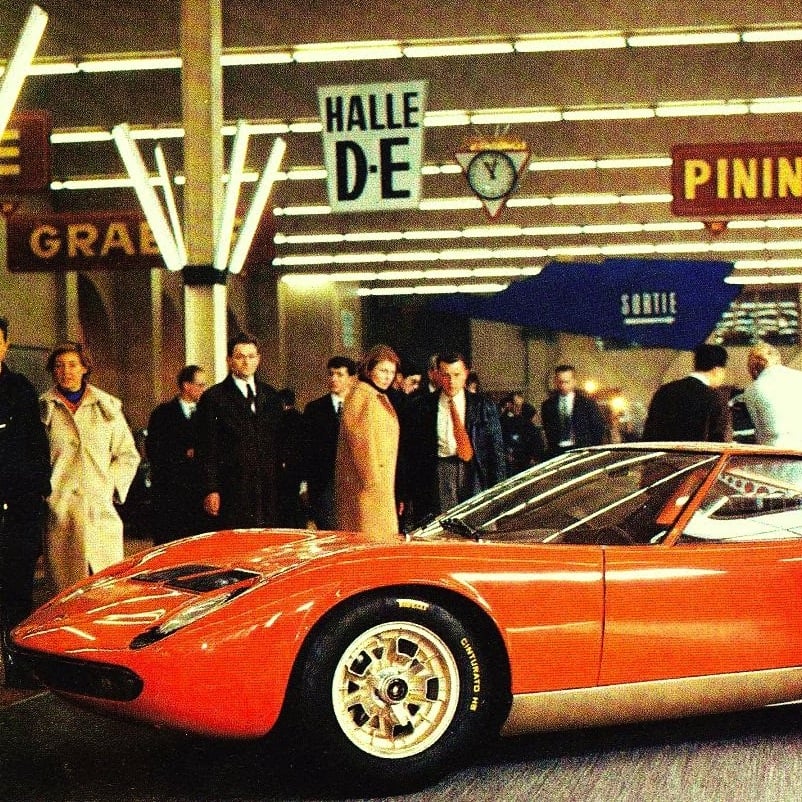 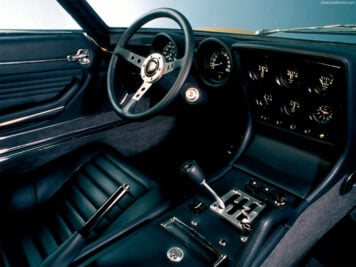 The Lamborghini Miura is without question one of the most beautiful cars ever made, the long flowing lines directly influenced countless cars made since and the model is widely credited with making Lamborghini a global player in the luxury-sportscar market. 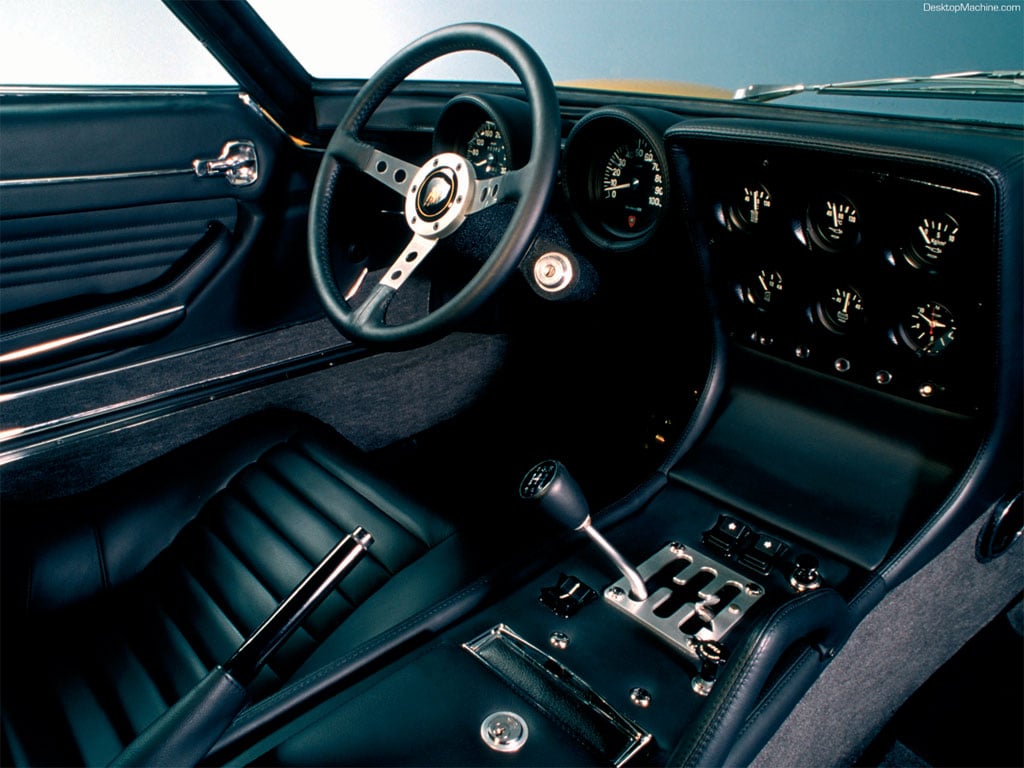