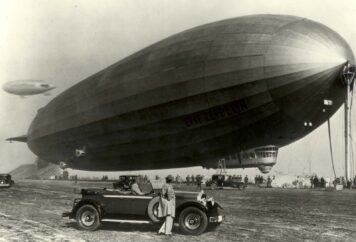 The Graf Zeppelin was a hydrogen airship built by Germany over the years 1926, 1927 and 1928, the German’s had just finished building the USS Los Angeles Airship which had been given to the United States as war reparations, and now the they wanted one of their own.