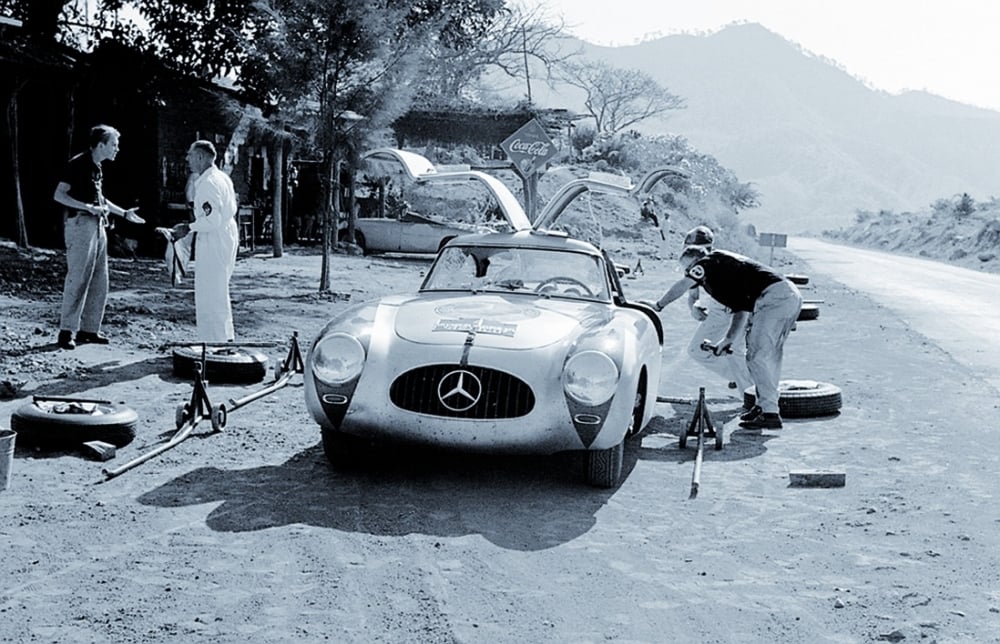 I love the argument that the two men on the left side of the picture are having. I assume he was saying something along the lines of “What the hell do you mean we only have 3 spare wheels?”