This short film from Ford is focussed on their “Wrist Twist” steering system from 1965 – a way of steering a car that required far less space and physical effort than a more traditional steering wheel.

It’s worth remembering that in 1965, most of the cars on the road didn’t have power steering, in fact some people had never even driven a car with power steering. With this in mind you can only imagine how futuristic the “Wrist Twist” system must have seemed to the American public. 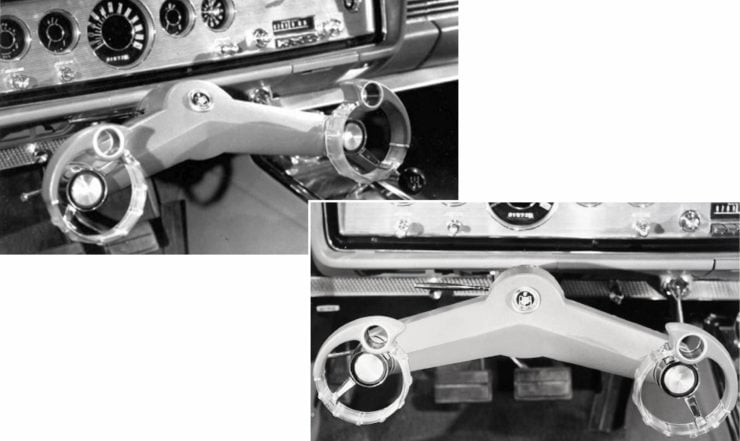 The “Wrist Twist” system was designed with twin dials, which are essentially small steering wheels. They’re mechanically linked and turn at the same time, hydraulics then operate a relatively standard power steering system.

The Park Lane convertible is 215 inches (5.4 meters) long and 81.1 inches (2 meters) wide. Given the sheer physical size and weight of the car, it’s no surprise that engineers were looking at ways of making the vehicle controls as easy as possible to use.

The “Wrist Twist” system consisted of two small dials, essentially small steering wheels with one for each hand. Due to the different ergonomics the driver had arm rests on either side that they rested their arms on while using the dials to control the vehicle. 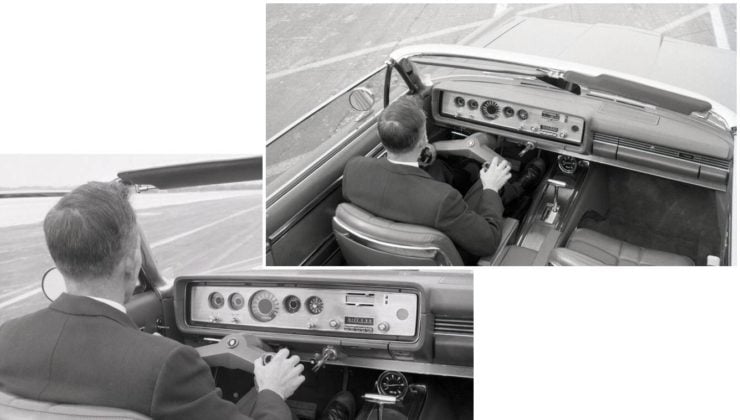 The lack of a steering wheel opens up a lot of space in the car, particularly when you consider the size of the wheels that were typically used before power steering became commonplace.

Ultimately the “Wrist Twist” never caught on and was never put into production. It’s one of many new steering systems that have been experimented with over the years, only for the traditional steering wheel to win out in the end.

Perhaps the one exception to this is the Tesla Steering Yoke, an aircraft yoke-like steering device being fitted to many modern production Teslas, and it’s said to be the only steering system on offer in the upcoming Tesla Cybertruck slated for 2023 production. 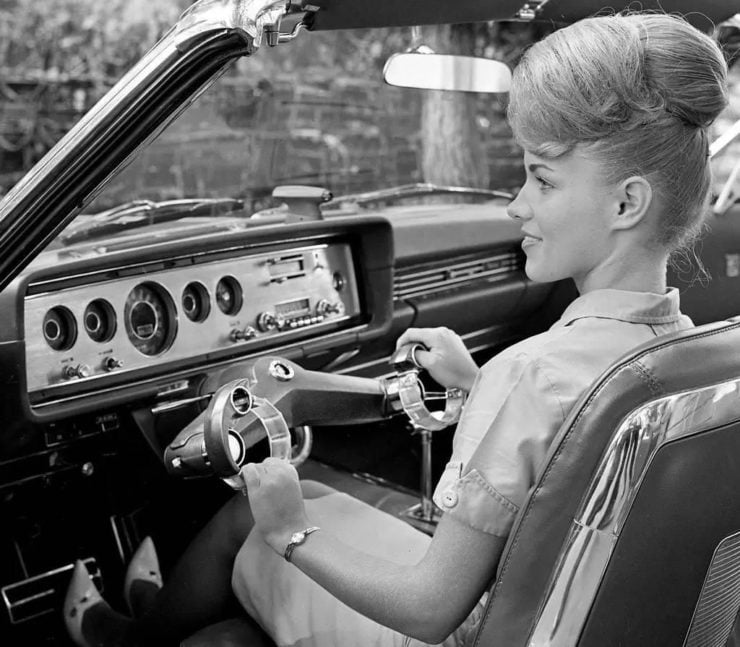 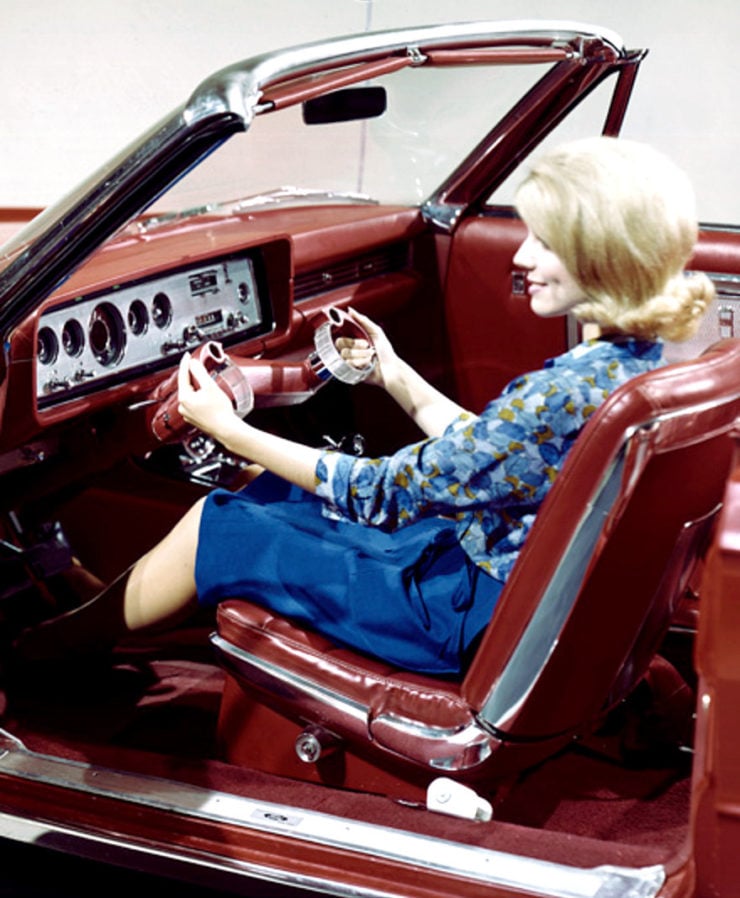 Images courtesy of Bob McVay and the Ford Motor Company.