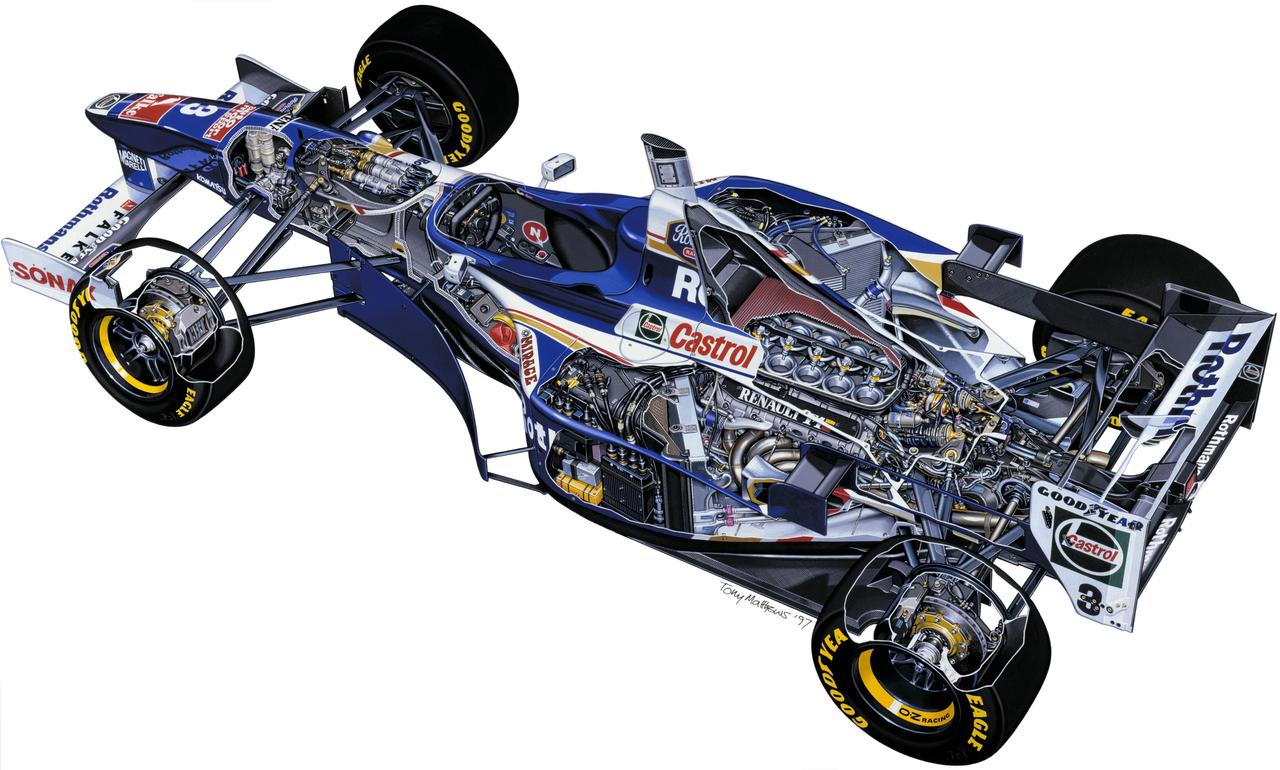 This was the last of the Adrian Newey designed cars from the Williams F1 team, it went on to win the 1997 constructors and drivers championships at the hands of Jaques Villeneuve.