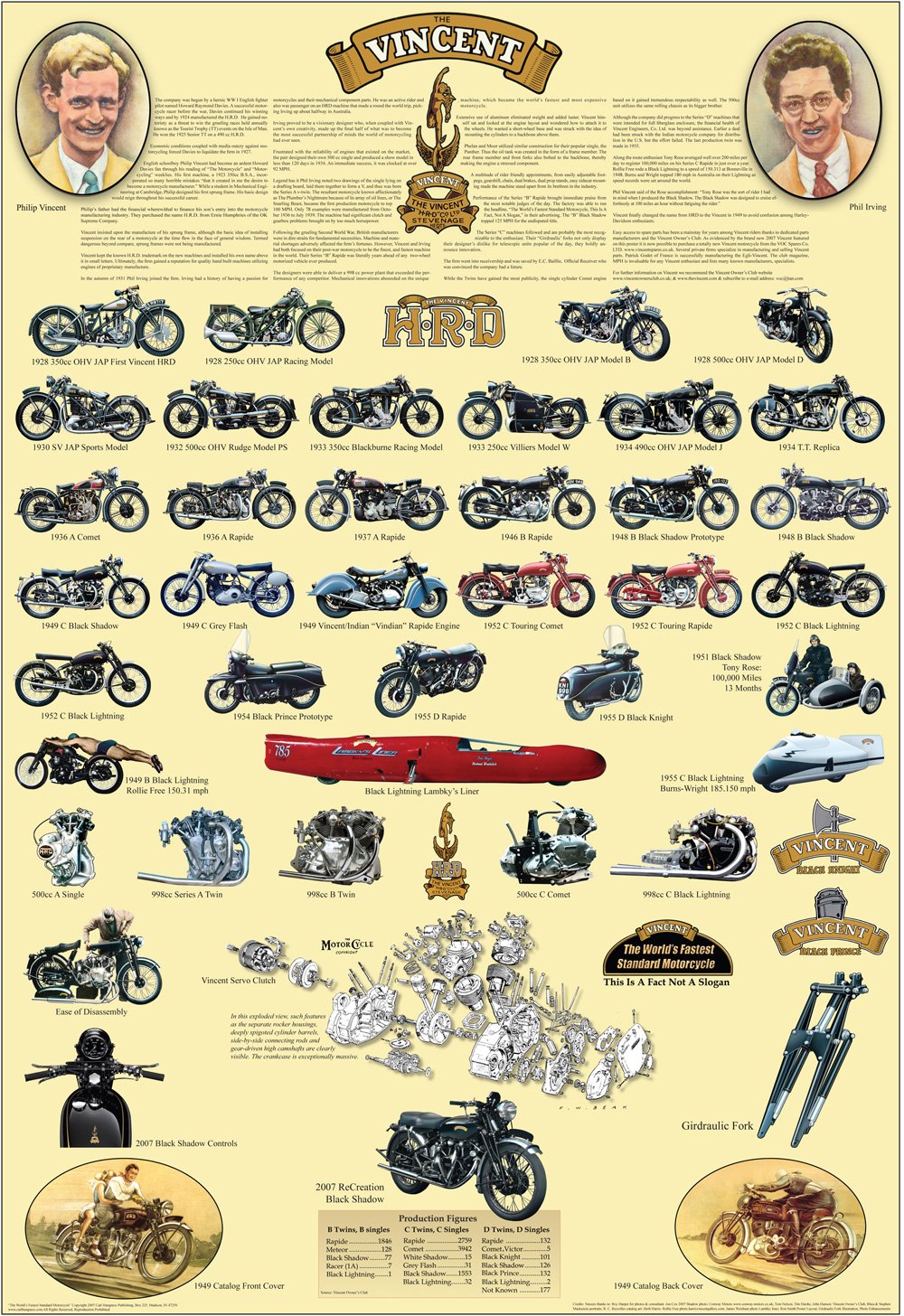 Every Vincent motorcycle ever made in a single, high-resolution, retrotastic poster. Awesome. Click the above image for a full size version. We threw an additional high-res Rollie Free picture below for good measure, it’s an angle on the famous “swimming trunks” world record I haven’t seen before and lends further perspective to the magnitude of Bonneville. 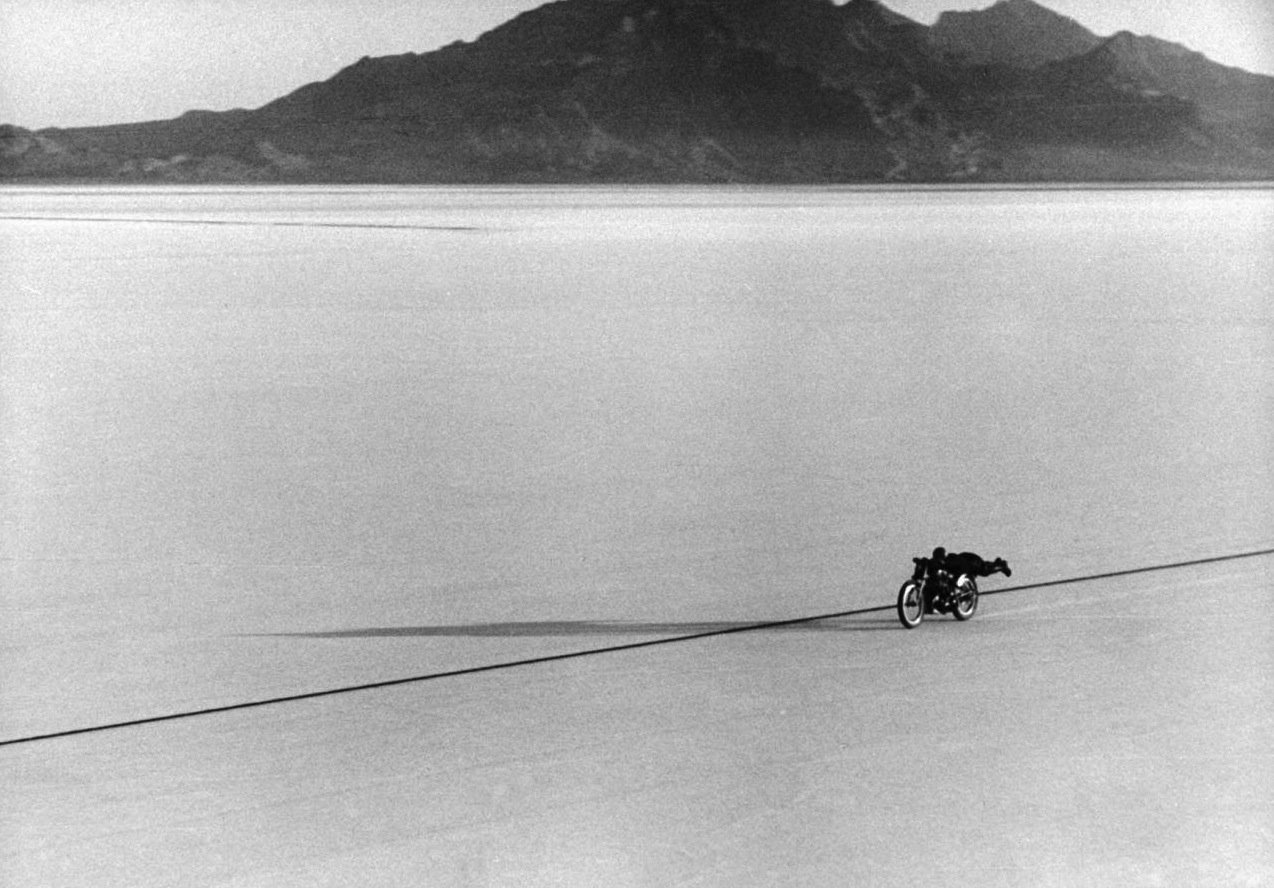