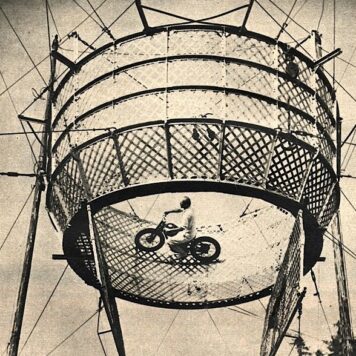 The original Silodromes, or “Walls of Death”, were just made from rudimentary wooden planks, a few nails and some duct tape. This fantastically advanced German version is made from steel and is suspended in mid-air with a series of wires, pulleys and poles.

The Wall of Death by Benedict Campbell 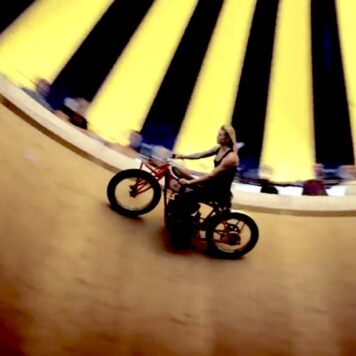 The Wall of Death is, somewhat sadly, a diminishing attraction at many fairs. Often referred to as “Silodromes” due to the grain-silo like appearance of the giant cylinder, the art form has wowed legions of fair-goers since the 1910’s.