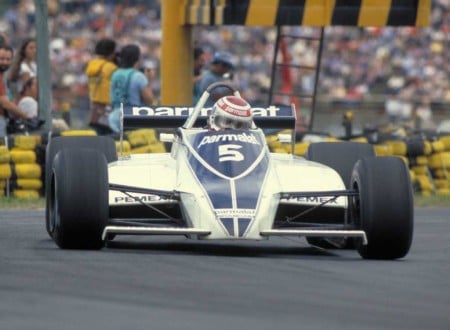 This video shows the final 2 laps of the now infamous 1982 Monaco Formula 1 Grand Prix, a light rain shower has begun to fall and as a result Alain Prost spun and hit the barriers badly damaging his car and taking him out of the race. On the next lap, new race leader Riccardo Patrese spun on the wet asphalt and stalled his car giving 1st position to Didier Pironi who then proceeded to run out of fuel in the tunnel, after him was now second placed Andrea de Cesaris who also ran out of fuel.