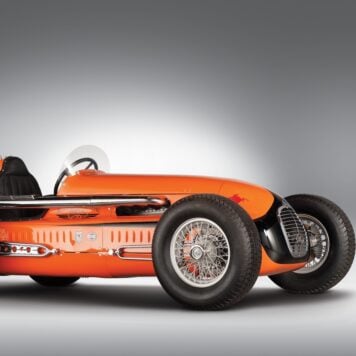 This beautiful 1950 Snowberger-Offy Indianapolis 500 Roadster was campaigned at the Indy 500 in both 1950 and 1950, it was also raced extensively on the USAC circuit in the early to mid ’50s. Her best ever finish was at the 1950 Pikes Peak Hillclimb where driver George Hammond brought her in 4th. 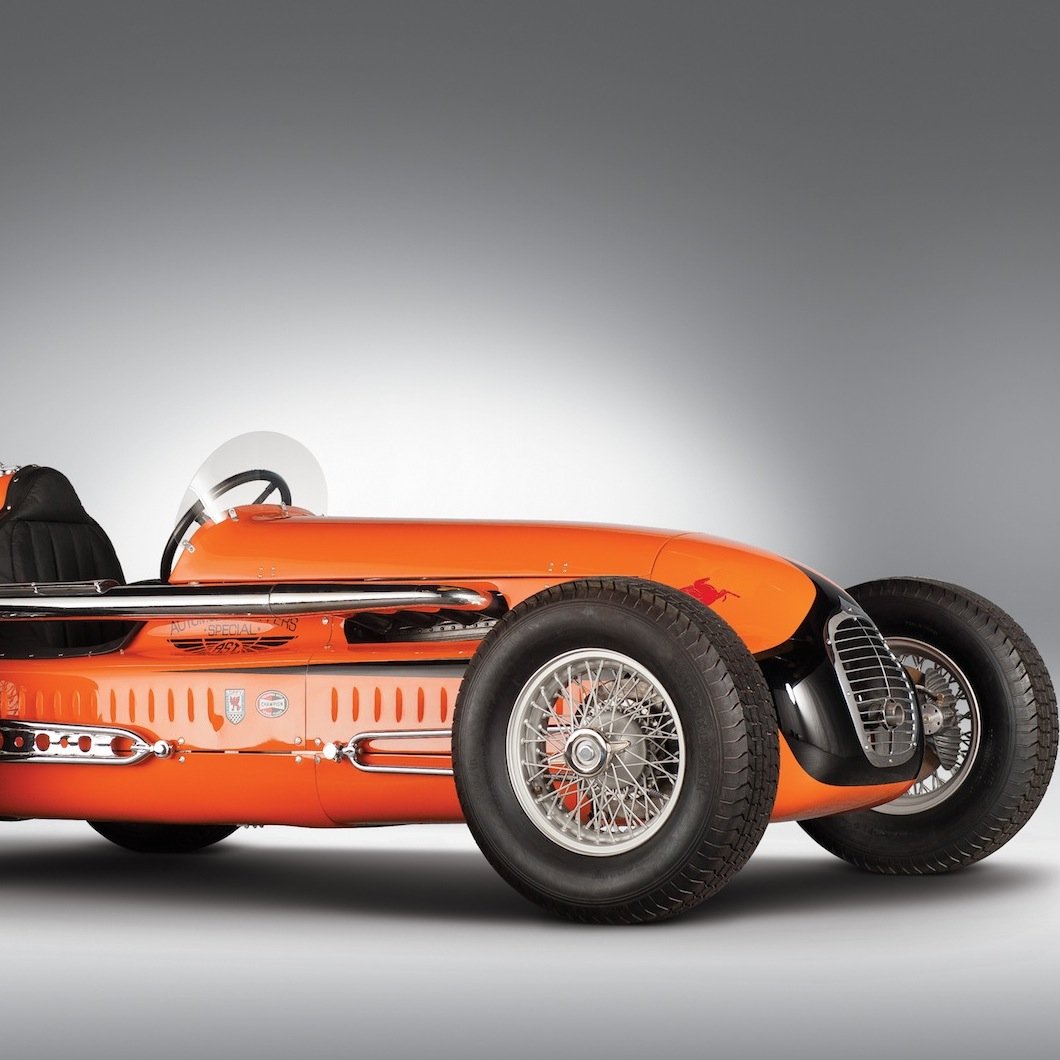 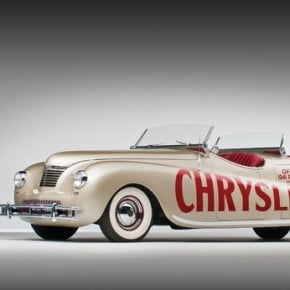 In 1941 Chrysler built 5 Newport Dual Cowl Phaetons, ostensibly as concept cars, however the intended future for the cars was never really made clear by Chrysler due to the onset of World War 2. 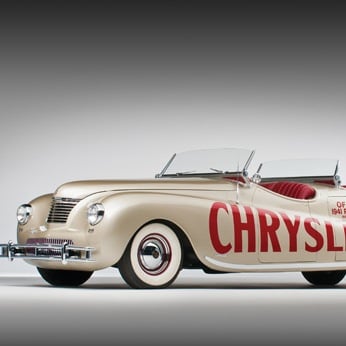