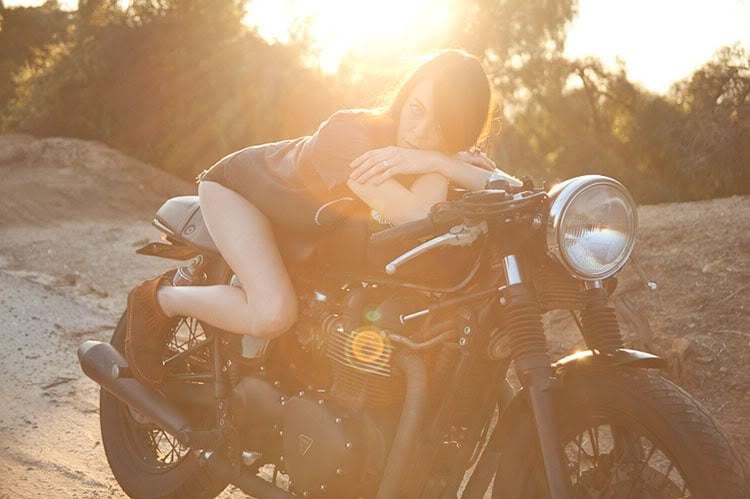 The modern Triumph classic range is one of those most appealing groups of motorcycles currently being made, the only real issue I have is that I can’t quite decide between the Scrambler and the Thruxton. The girl in the above photograph appears to have no such dilemma.