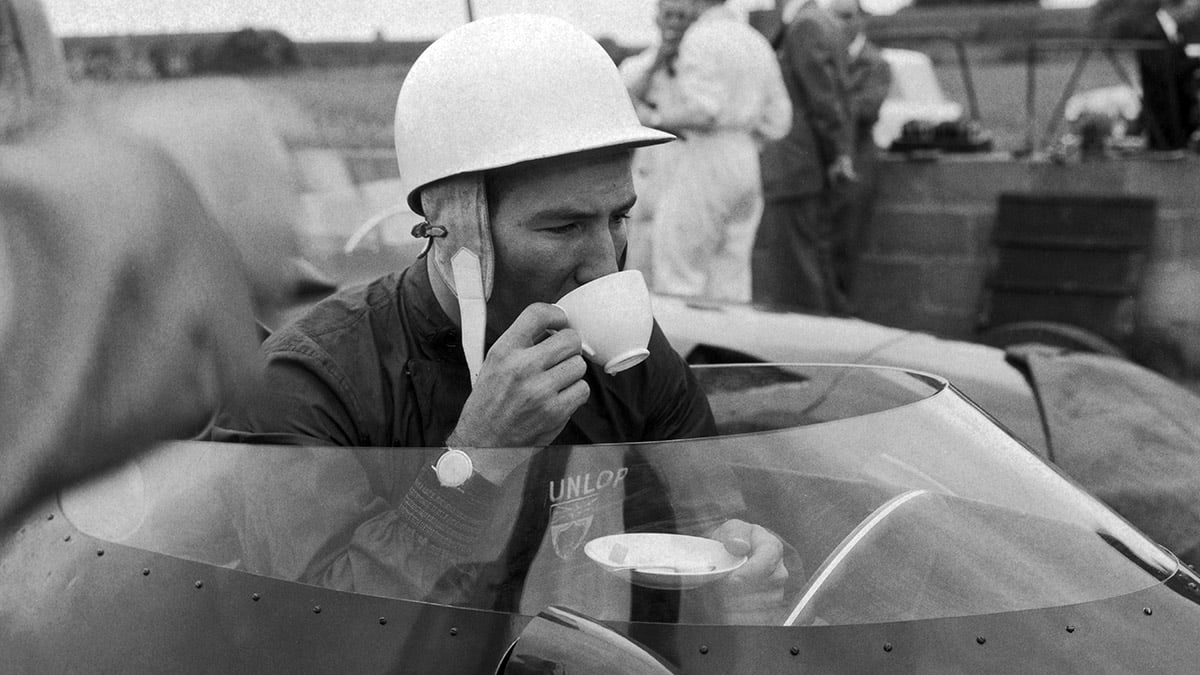 The image above is undoubtably one of the most English things I’ve ever seen, it was taken in 1959 and shows British Formula 1 driver and racing legend Sir Stirling Moss enjoying a hot cup of tea in the cockpit of his Vanwall grand prix racing car.

A couple of years earlier in 1957 Vanwall took their first ever Formula 1 victory – in the process becoming the first British team to take the top step of the podium using a car they built themselves. I’m not sure if the tea drinking habits of Moss had anything to do with it, but I like to think it was a contributing factor. 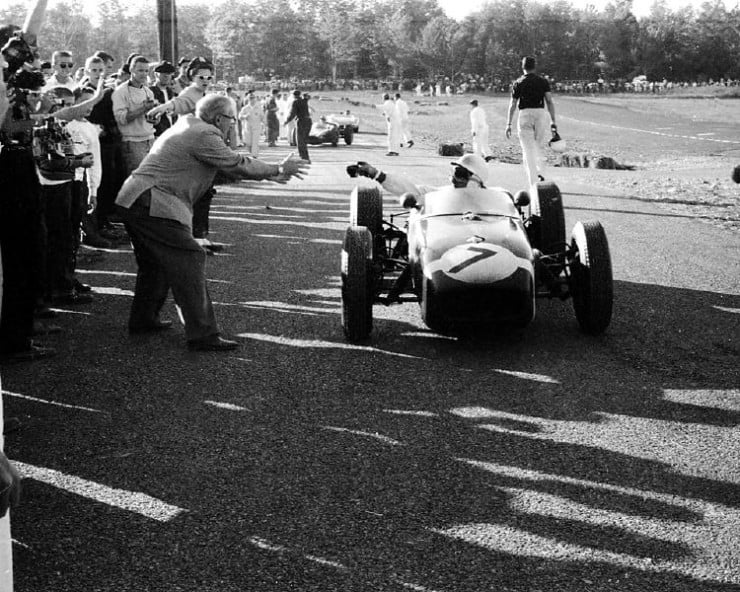