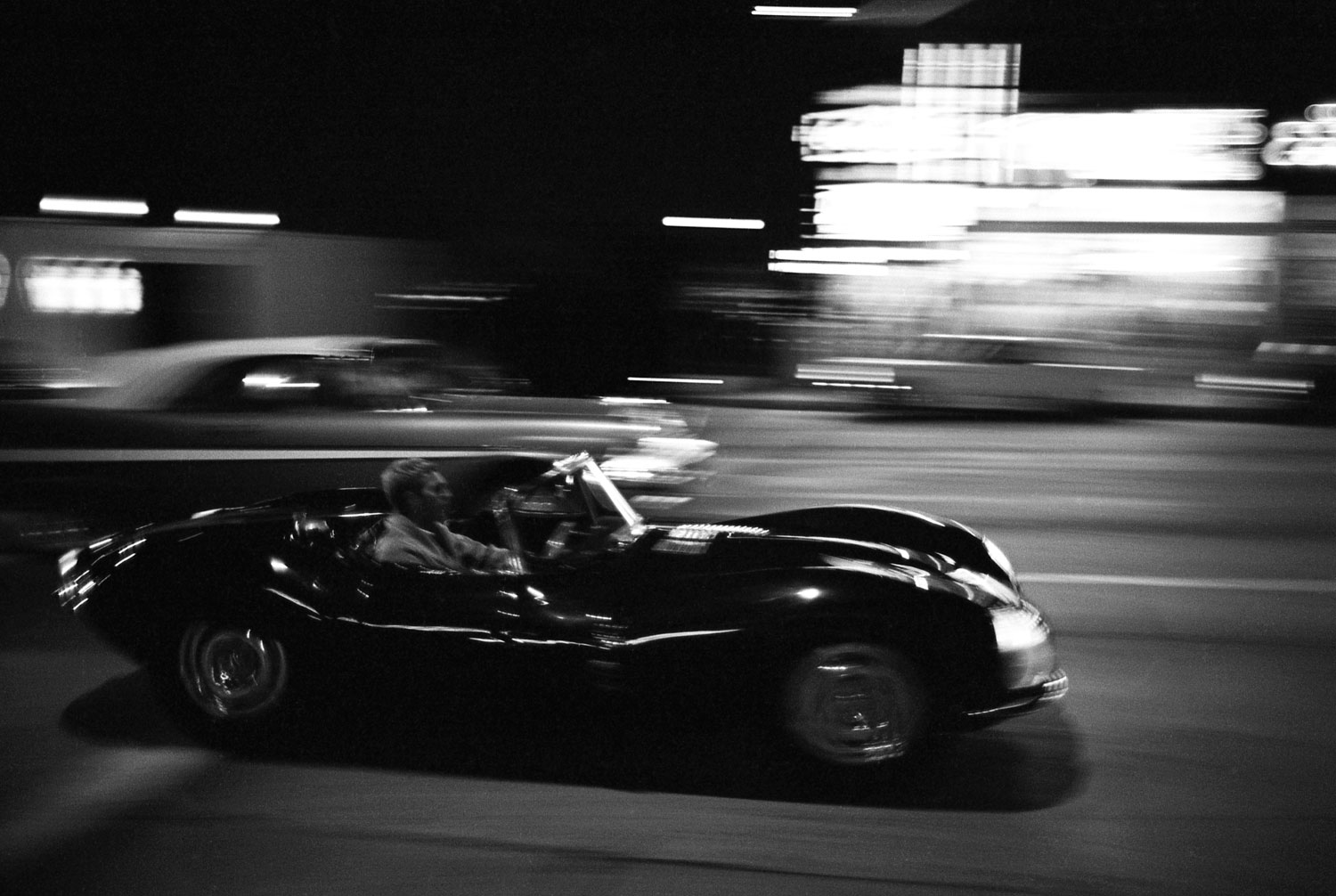 This is Steve McQueen driving one of his favourite cars of all time, the Jaguar XKSS, or as he nicknamed it – “Green Rat”.

The XKSS was essentially a road-legal version of the Jaguar D-Type – when Jaguar withdrew from international automotive racing in 1955 they still had a number of D-Type chassis left over in their Brown Lane factory. The decision was made to convert them to road-legal specification and sell them to the Americans, as the market for european sports cars in the USA was at an all-time high.

16 cars where made before a fire at the factory destroyed the remaining unused D-Types, bringing an abrupt end to the little green car that would go on to have significant influence on the design of future cars from Jaguar.

The image above is wallpaper sized, click it, then click it again to see the full-sized version.