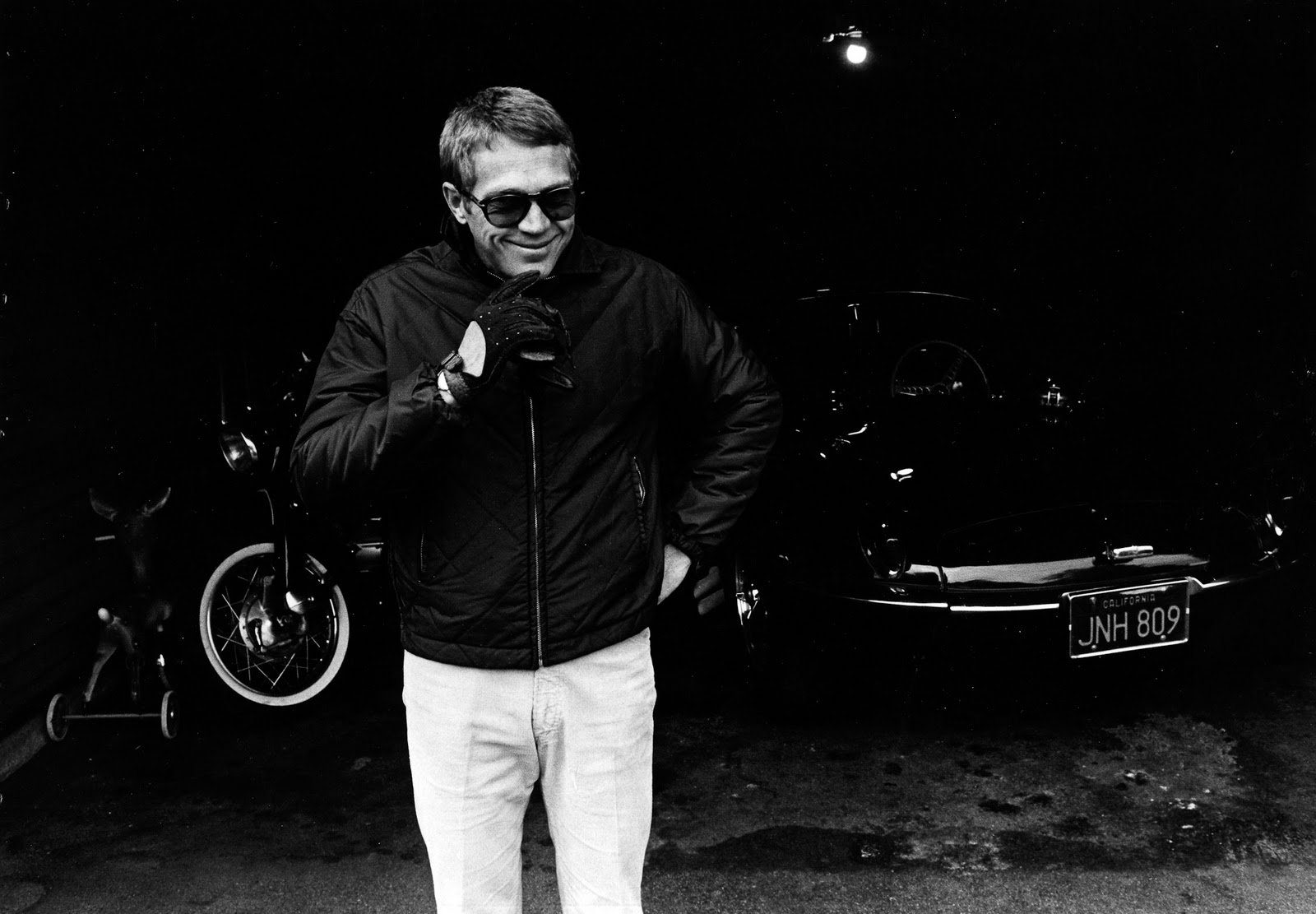 The photograph above is one of the best images of Steve McQueen I’ve ever come across, it shows the tail end of the Jaguar XKSS behind him on the right as well as the front end of a motorcycle parked next to his young daughter’s vehicle of choice on the left.

The smile on his face could only be described as wry, and he appears to be indecisive about which of his garage residents he’s about to take out for a spin.

You can drag and drop the image right to your computer’s desktop, it’s 1600 x 1111 pixels in size, making it an ideal desktop wallpaper for most monitor sizes.