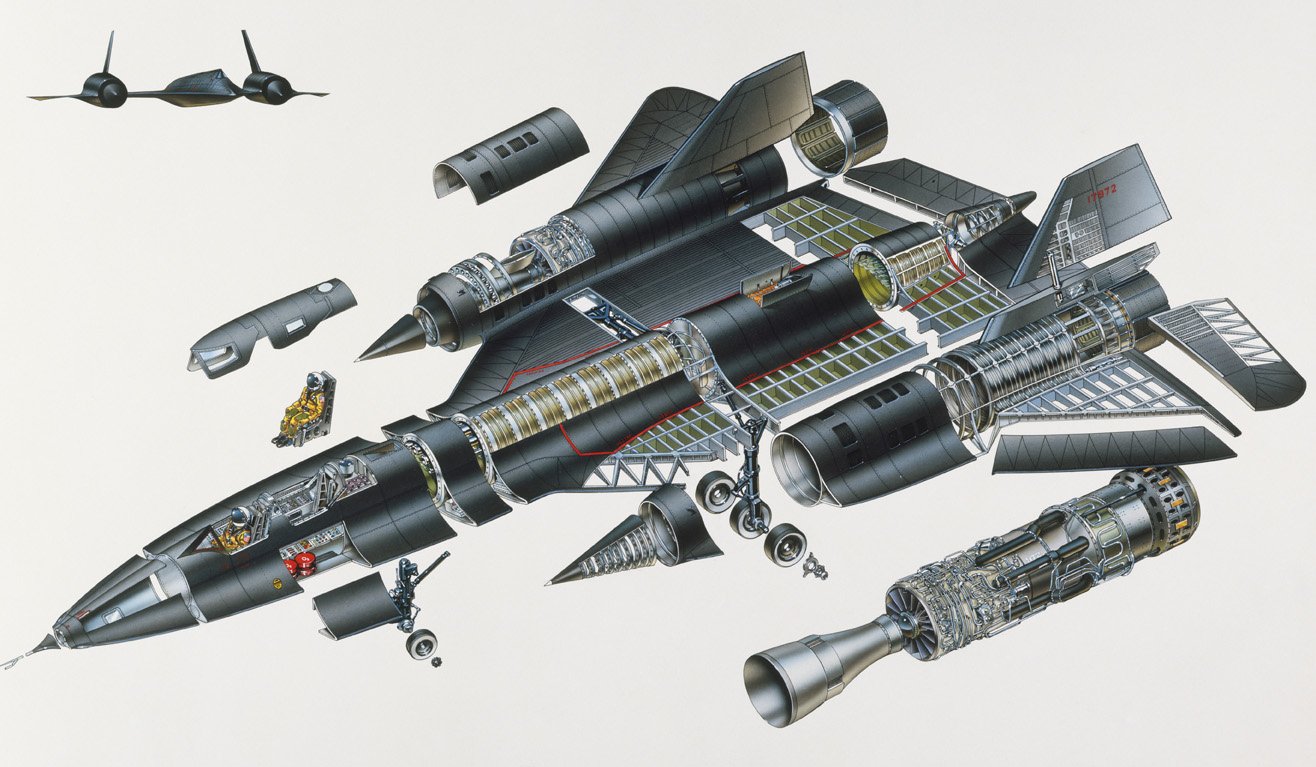 The SR-71 Blackbird is a testament to what some men can achieve with a slide rule and a piece of chalk. The Mach 3 long-range reconnaissance aircraft was developed long before CAD software and supercomputers, hell, even the game Pong would have been futuristic back in 1964 when the plane was built by Lockheed Martin’s infamous “Skunkworks” division.

Over 85% of the Blackbird was made from titanium and the top speed was such that when a surface to air missile launch was detected, the SR-71 would simply accelerate and outrun the missile using pure speed. There isn’t a red blooded male alive who doesn’t think that that is the coolest thing they’ve ever heard.

This is an original Rolls-Royce Olympus Turbojet engine (593-610), fitted with afterburner. It was fitted to a Concorde and flown at supersonic speeds as engine #3, it’s now notable as it’s the only Concorde engine…

This is the new Bell Custom 500 SE Haro motorcycle helmet, it’s limited to just 250 units worldwide, and it has an 80s-inspired shell design created by BMX legend Bob Haro. Bob Haro was one…