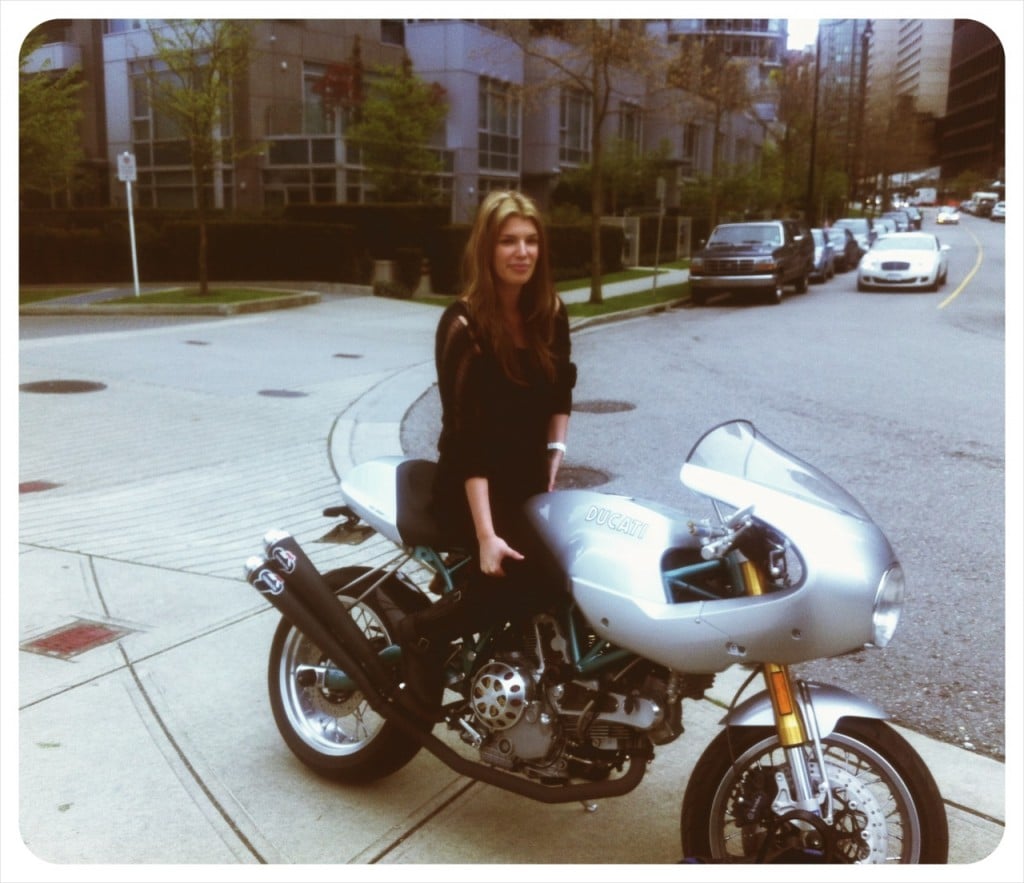 There’s something brilliant about a beautiful woman riding a beautiful motorcycle, we don’t have any backstory on this image but that just means that you’re free to make up your own.

This is an original Honda CB750 Sandcast, it’s called a “sandcast” because it was built in the first year or production when sand-casting was still being used to cast the crankcases. Honda quickly released that…