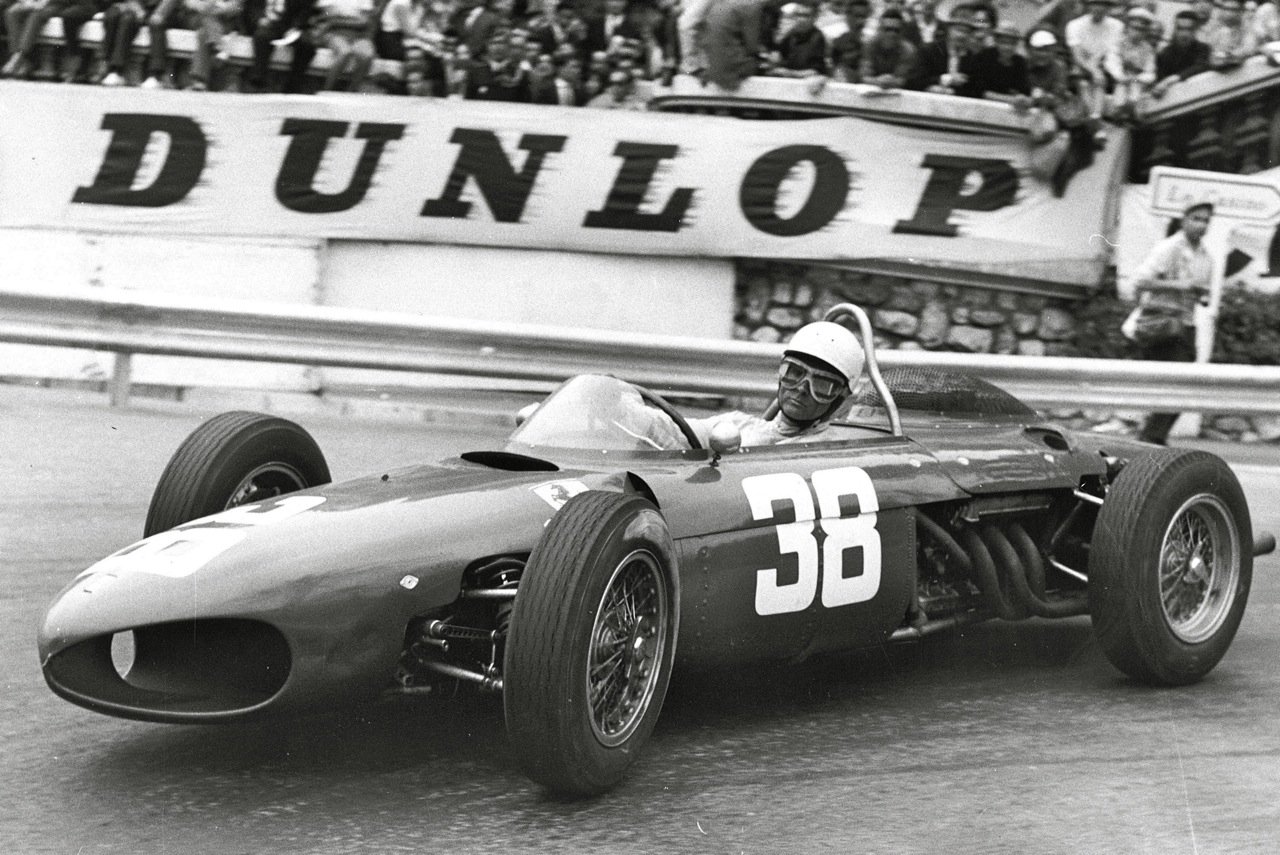 This is Phil Hill launching the Sharknose Ferrari into a corner at the 1962 Monaco F1 Grand Prix, he went on to a well deserved second place finish. Click the picture for the wallpaper sized version.