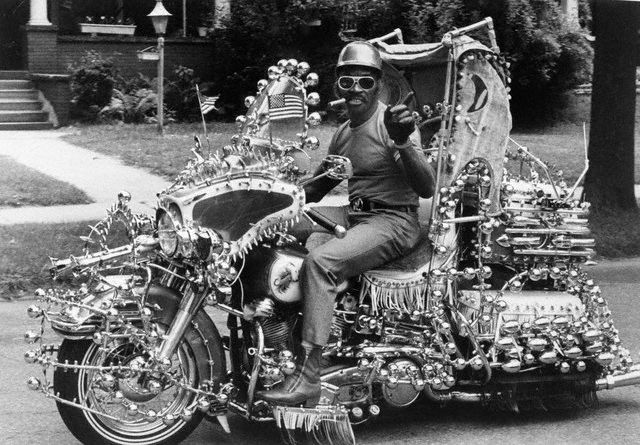 Sam Green spent years adding bells, horns, lights and chrome balls to his Harley-Davidson, he went so far as to install a fully functioning TV, CB radio and tape deck. I guess this is one way to eliminate the SMIDSY problem.

Brought to you via The Selvedge Yard