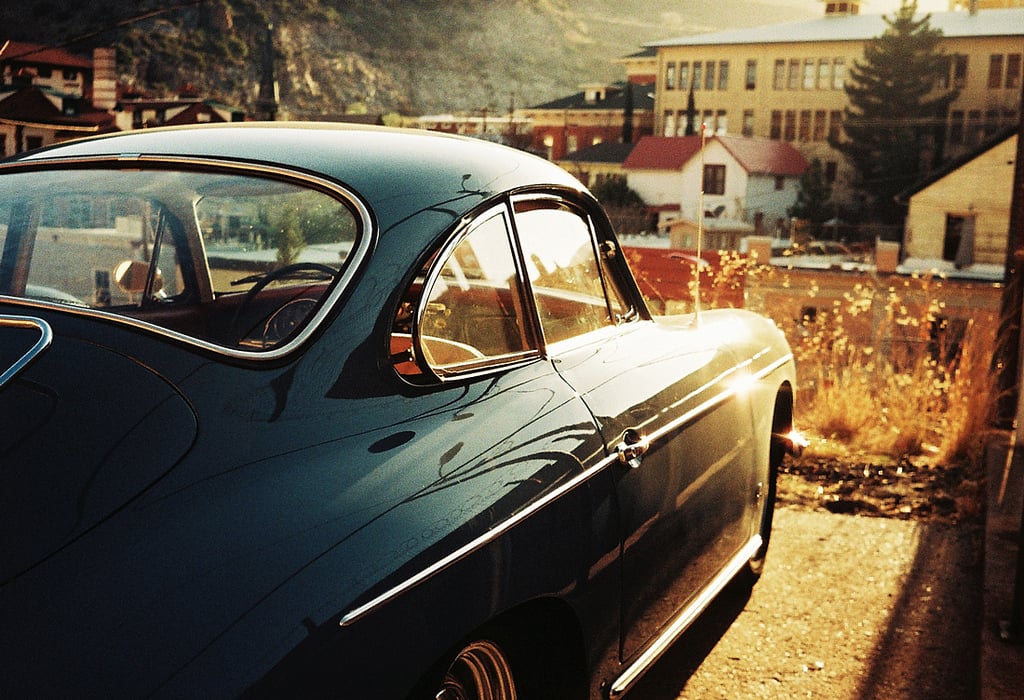 The Porsche 356 and a Stuttgart sunset. Photographic perfection.

Via the essential viewing that is Cool is a Color

The twin-turbo Deutz V16 is a 35 litre (2,135 cu. in.) marine diesel engine capable of 1,823 hp at 2,300 rpm. There are typically two of them fitted side by side in the engine rooms of the kind of high-end luxury motor yachts that I never seem to get invited out on. Deutz AG make a…

The Automotive Art of Revolicius

Revolicius is a new automotive art company established by Stamatis Tsirdimos and operating out of Marathon in Greece. As with many of us Stamatis first became enamoured with motor racing and Formula 1 as a child, watching the icons of the age battling it out around Monza, Silverstone, Monaco, and the Nurburgring. This series of…

This article was written by Per Gabos, the creator of this rather unusual pulsejet-powered motorcycle. The Weltmeister Fictional Experimental Motorcycle The Idea What if the Germans had built experimental pulsejet-powered motorcycles in the mid-1930s – how would these have been made and what would they have looked like? In the 1940s there were already…

Neon White Rose Gasoline signs could be seen on highways and byways coast to coast in the early to mid-20th century. The White Rose trademark belonged to The National Refining Company located in Cleveland, Ohio. The company had started out refining kerosene which had been widely used for lighting homes before the invention of the…

This series of artworks are each designed by Jeff and Lisa in their studio near the city of Valencia on the Mediterranean coast of Spain. Their designs are entirely unique and they feature some of the most iconic vehicles of the modern age including the P-51 Mustang, the Series 1 Land Rover, the Toyota FJ40, the…

Moto Undone is a bespoke electric motorcycle developed by Joey Ruiter and the team at jruiter I.D. with the very specific goal of creating an entirely new motorcycle design with no references to any other motorcycle ever made. The plan was to strip away almost everything that makes a motorcycle a motorcycle and instead use…