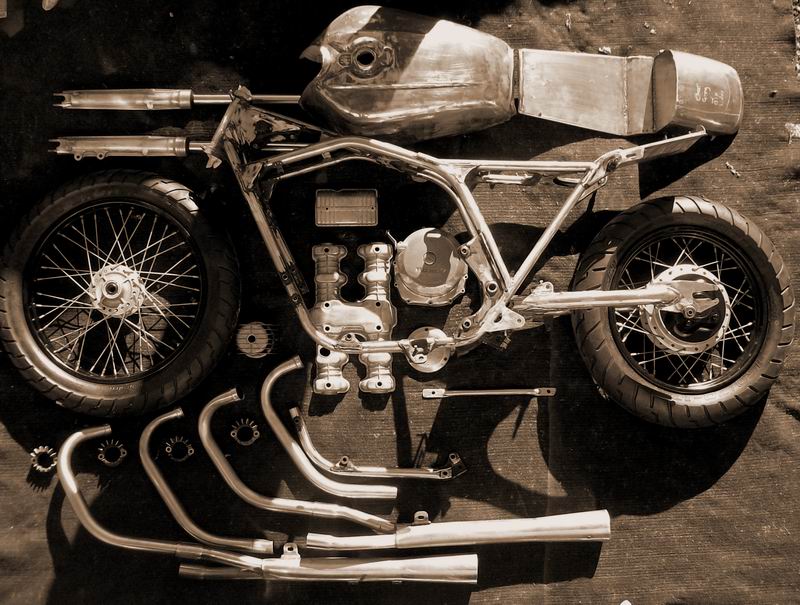 This reminds me of those plastic Tamiya models that you build as a child with super glue and small hallucinogen-strength tubes of paint. Seems a shame to me that there are no decent full-scale motorcycle kits for sale, something that builders could buy piece by piece instead of all at once and customise as they go.

For individual part-by-part construction I guess we’ll have to wait for the Nano Bot printers and hope to avoid the grey goo scenario.

A Brief History of the Norton P11, P11A, and Ranger – Everything You Need To Know