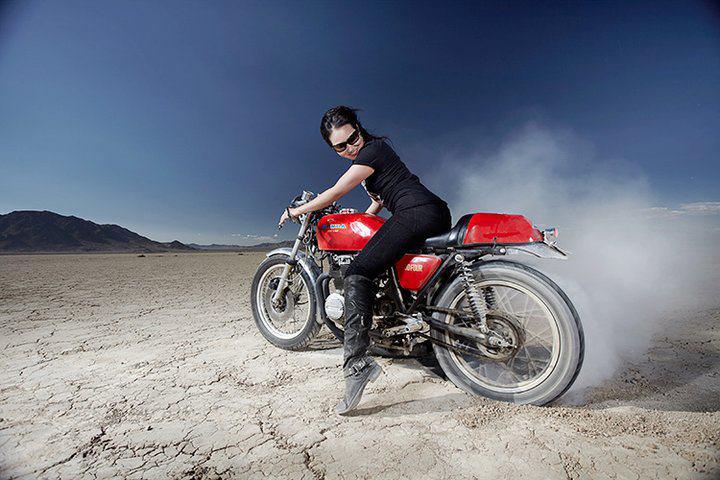 There’s something etherial about a woman, on a motorcycle, doing a burnout, on a salt flat. It’s like so many individually wonderful things combined create a vortex of magnificence. Or something.

I think that’s a  (It’s a Honda CB400/4 Super Sport, thank to Justin Longhorn for the correction) but I’m not entirely sure, let me know in the comments if you know the model/year so I can begin the process of rationalising to the wife exactly why I need one.