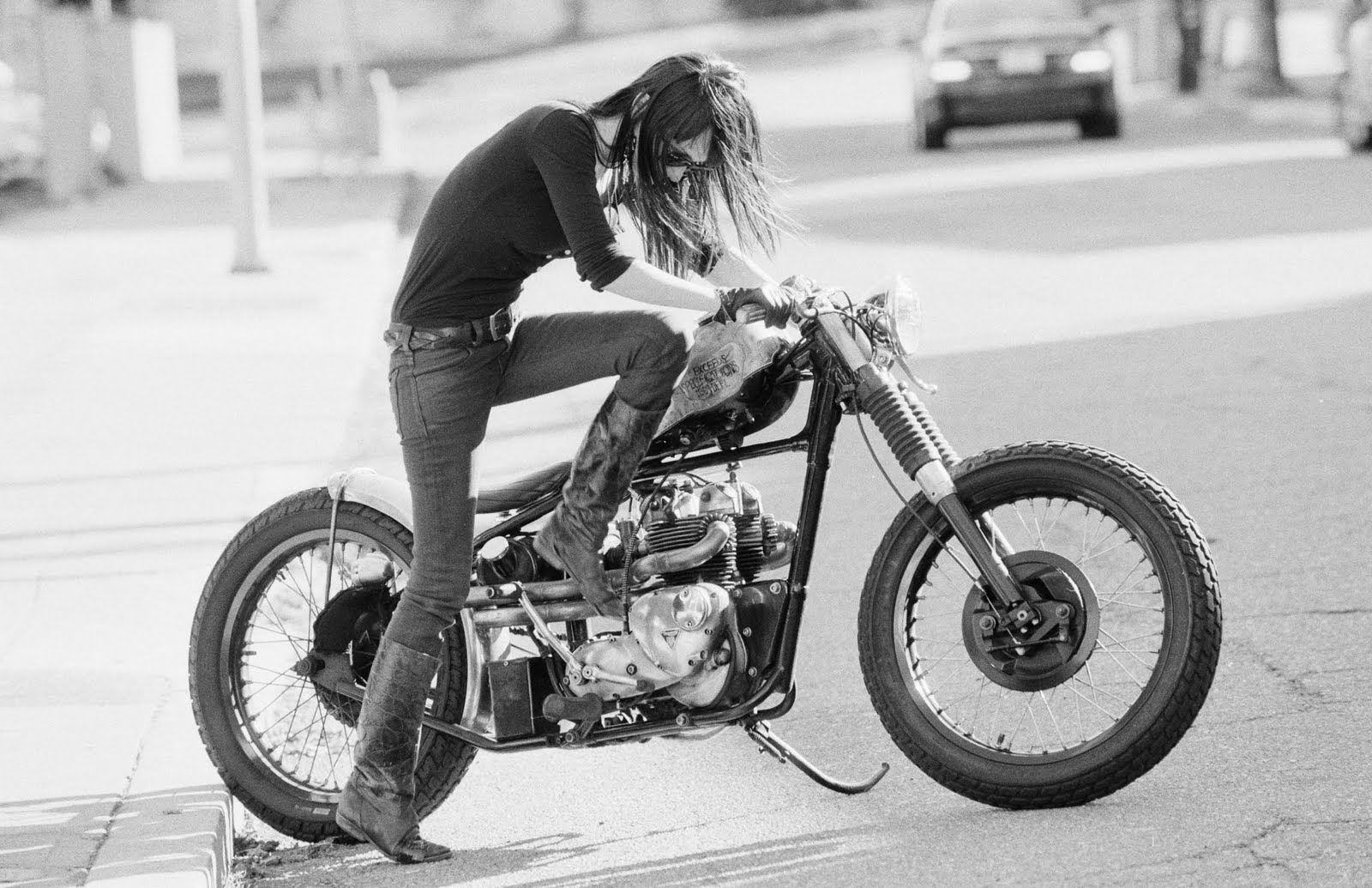 I bet she get’s it first kick. There’s nothing like a lady in alligator skin boots kickstarting a hard-tail Triumph bobber to grab a man’s attention.