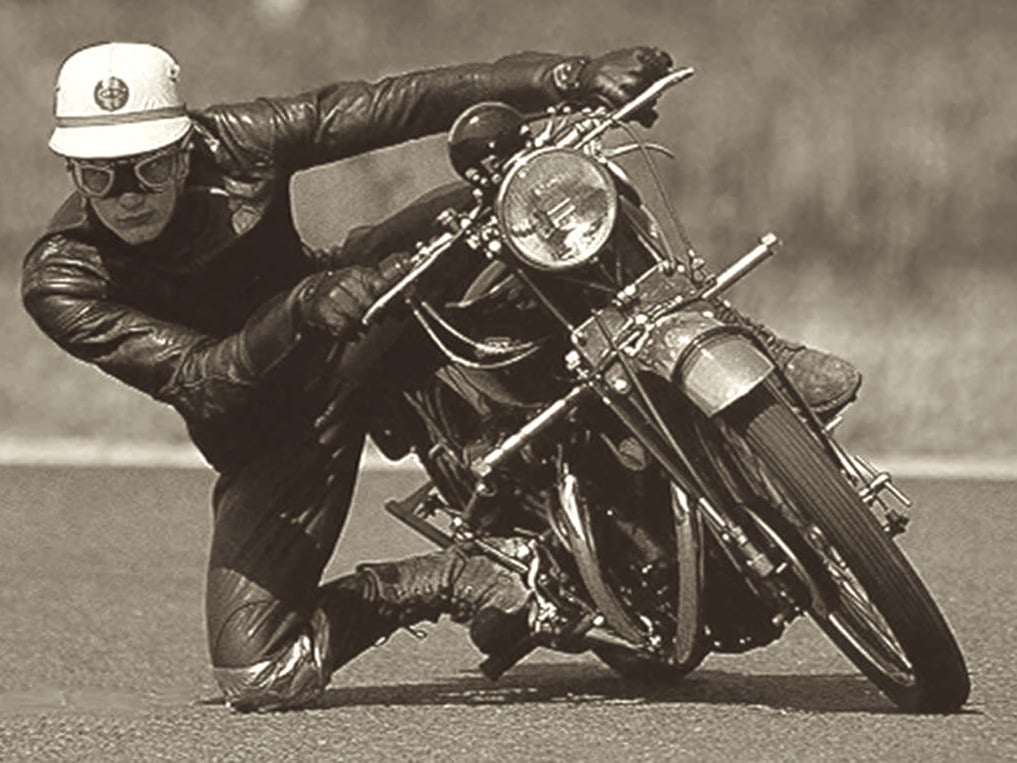 John Surtees is quite easily one of the greatest racers of all time, he won 7 world motorcycle racing championships, a Formula 1 world championship and a North American Can-Am Championship for sports cars.

He remains the only man to ever win a world championship on both 2 and 4 wheels, a remarkable feat that’s unlikely to be matched anytime soon.

This is John at the age of 15 riding his fathers Vincent Black Lightning, if you’d like to read more about John Surtees, click here.

Update: We’ve received the following from a reader in the UK, it appears the original source for the image may have been incorrect.

This picture is actually Mark Forsythe when he was writing for Performance Bikes Magazine (October 1988 edition). It was a mock up for an article comparing old/new race riding styles and how they would sit with old/new kit (have the bikes evolved to suit the riding style, or the other way around?).