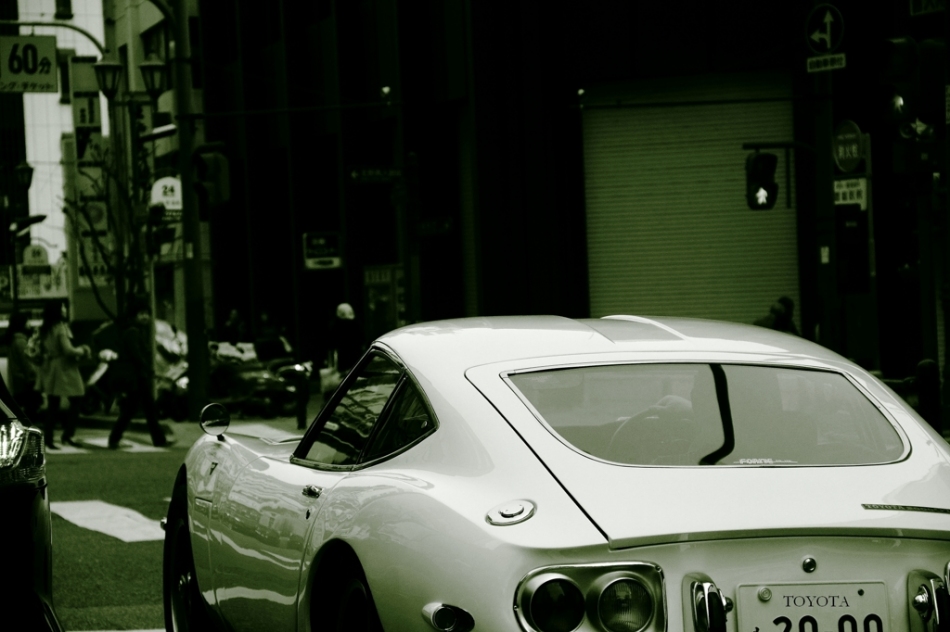 Monotone Toyota 2000GT. Easily one of the best looking cars ever made by the Japanese behemoth.