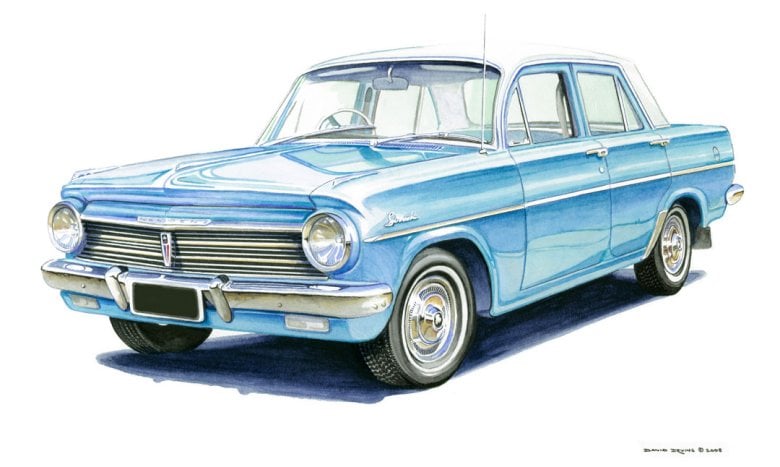 The Holden EH Standard was always one of my favourite cars as a kid, I’m not sure why as it isn’t necessarily beautiful in any special way. The EH was produced by Holden in Australia between 1963 and 1965, they sold an impressive 256,959 units and in modern Australia, they’ve become something of a collectors item nowadays with pristine examples selling for a fair few thousand dollars.

Read more about the Holden EH here via Wikipedia.