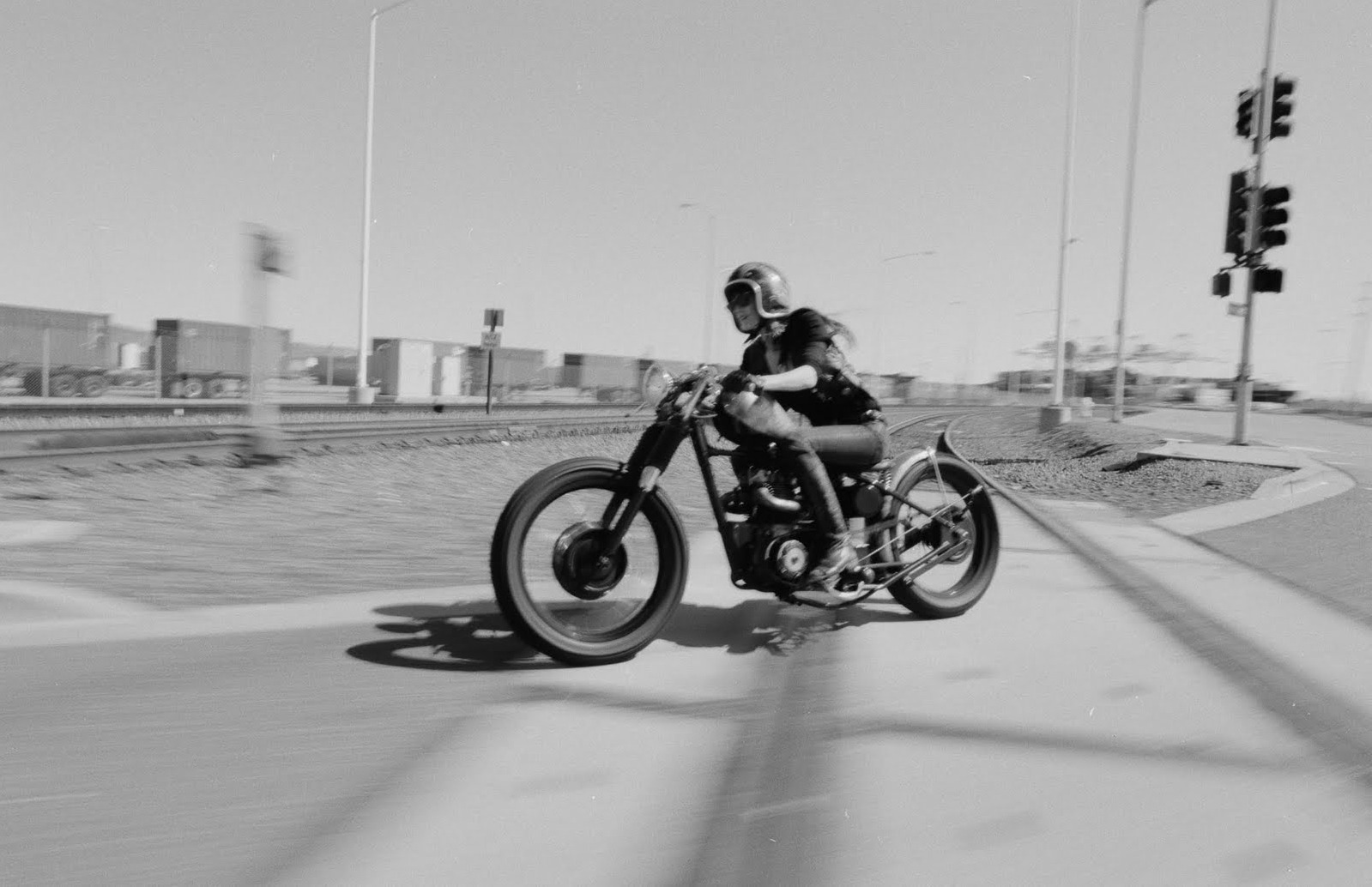 After discovering this image on a random Tumblr site a few weeks ago I’ve been waiting for an opportunity to post it, I have a feeling that we’re going to have some readers who know who this is and perhaps even know the story behind the photograph. If you do, let us all know below!

The Redford is a quintessentially American design, a classic mid-20th century leather motorcycle jacket with the asymmetrical front zipper, a button down collar, and adjustable zipper-closed sleeves to accommodate motorcycle gloves. This style of jacket was made famous by Marlon Brando in the seminal 1953 outlaw bike film “The Wild One”. By the end of…

This BMW K100 cafe racer is unlike any you’ve ever seen, it’s fitted with a bespoke CVT automatic transmission to allow its partially disabled owner to ride it. Many people with disabilities are restricted to either not riding motorcycles at all, or to riding three-wheeled bikes like Can Ams, Ural sidecar motorcycles, and the Piaggio…

This Ford Bronco restomod has been comprehensively built from the ground up to be something the factory never originally offered in 1969 – a four-door six-seater with 460 hp, air conditioning and a keyless push-button start. The Ford Bronco The Ford Bronco was initially conceived by Donald N. Frey, one of the men responsible for…

This 1968 Ford Bronco is the most successful Pioneer 4×4 class truck in modern NORRA desert racing history, it has competed in the brutal Mexican 1000 since 2010, racking up 7 class wins and 4 Pioneer-era “Steve McQueen” trophies. “The Bronco has always been the benchmark of off-road ability and an icon in the world of desert racing,…

The Harley-Davidson VR1000 was a race bike developed in the late-1980s and early-1990s to take on the best in the world. We don’t typically associate the American motorcycle maker with performance machines, but the VR1000 was an exception to this – with a 996cc 60º, liquid-cooled V-twin, quad cams (double overhead per cylinder), four valves per…