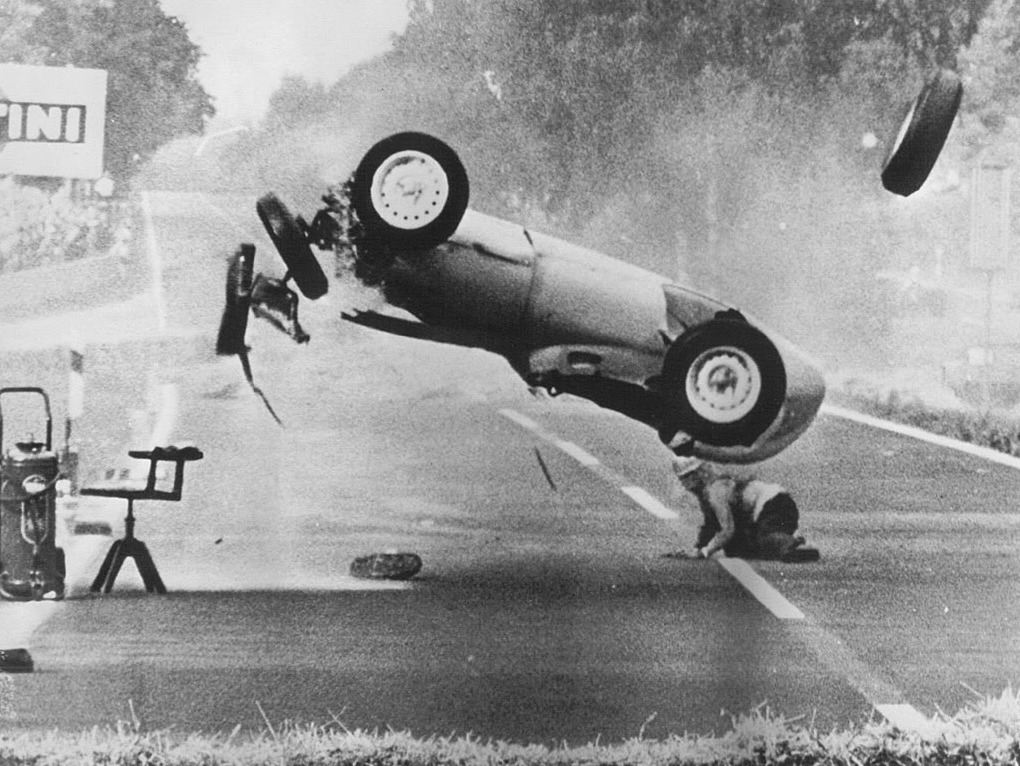 Hans Herrman walked away unscathed from this accident at the 1959 German Formula 1 Grand Prix, exactly how he managed to not only survive but survive without injury (other than some minor grazes) is a mystery.

The crash happened at the AVUS Race Track in West Berlin in 1959, the track is essentially two long straights with a banked hairpin at each end, similar to an American Speedway. Hans apparently clipped a hay bale with the rear right tire of his BRM, which then sent the car barrel rolling down the track, sans Hans. 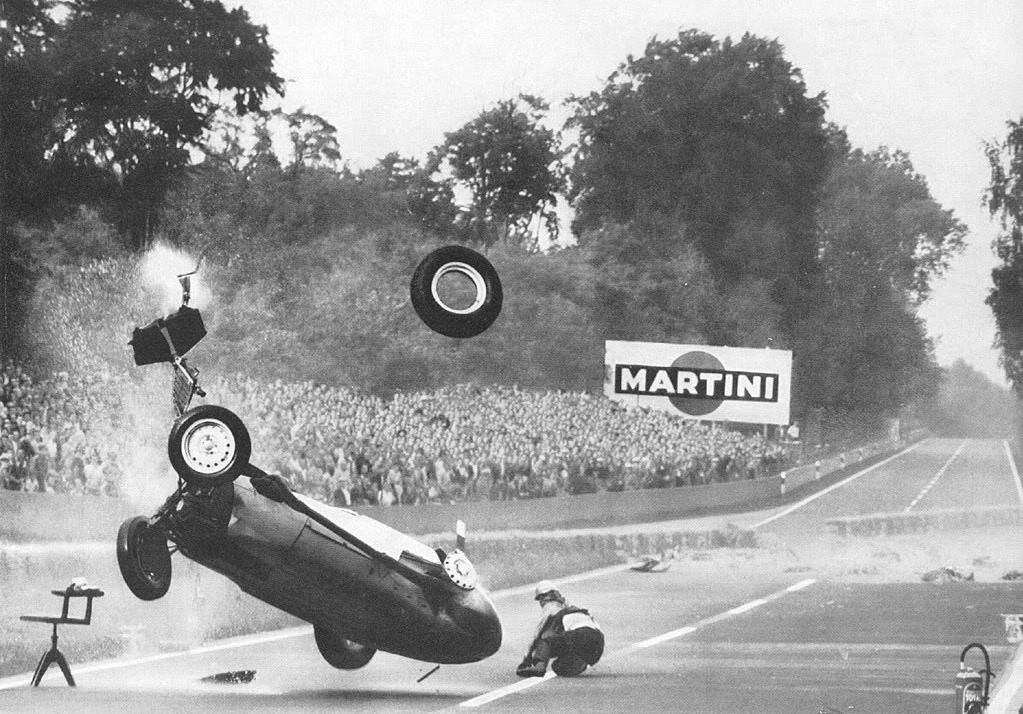 It was later said that if he had been wearing a seatbelt he would have died, the fact that he was thrown free of the car saved his life, he was just lucky there was no one coming up behind him

I’ll wager he needed a Scotch or two (or seven) when he got back to the pits.

The below video comes with a warning about loud German commentary, if you’re in the office hit the mute button. 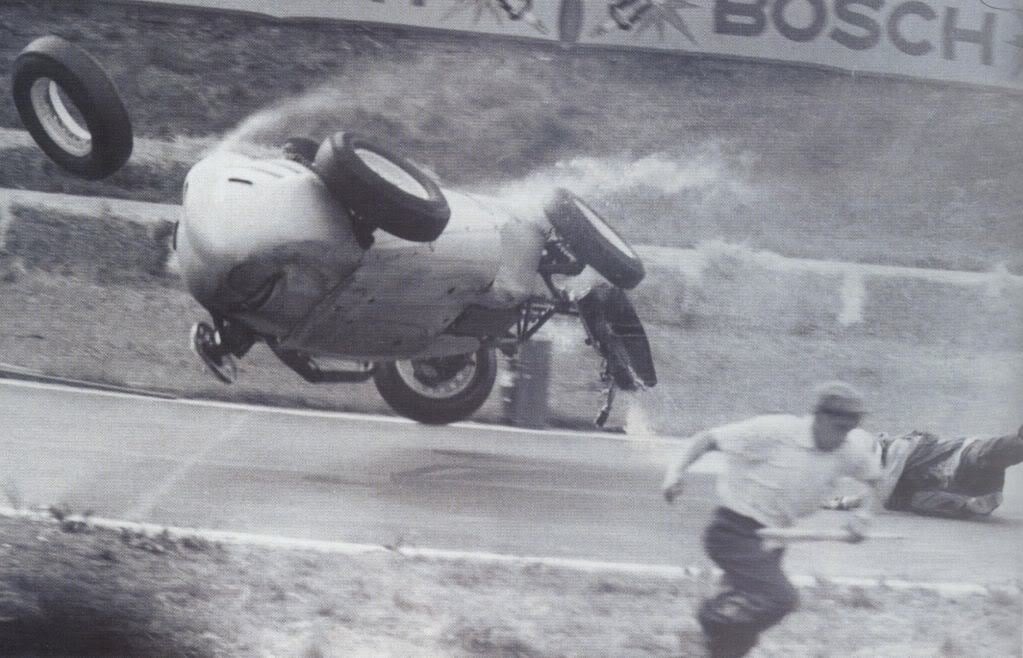 Additional information via The Chicane Blog

This is a 1974 Chevrolet K5 Blazer convertible that’s been through a subtle restomod process to give it more modern power and reliability without losing any of its original charm. The team behind the rebuild wisely chose to leave the exterior of the vehicle almost identical to stock, including using custom steel wheels close to…

This unique Aston Martin DB2/4 Mk II is one of the most well-known surviving examples of its model line, it’s taken part in the modern Mille Miglia (2013) and it was at the Concorso d’Eleganza Villa d’Este when it was seen by its current owner who bought it on sight. The Aston Martin DB2/4 Mk…

This Toyota FJ45 Land Cruiser Pickup has been through a comprehensive restoration to factory-fresh condition, just as it would have looked rolling off the boat from Japan in 1983. The FJ/BJ-series of Toyota Land Cruisers have been skyrocketing in value in recent years side-by-side with their vintage 4×4 counterparts from the United States and Britain,…

This 1980 Toyota FJ40 Land Cruiser soft-top has seen a comprehensive restoration and series of upgrades by the experienced team at Restoring Legends. The FJ40 Land Cruiser needs no introduction, it’s every bit as iconic as its siblings from Britain and the United States, namely the Series Land Rovers, the Ford Bronco, the International Scout,…

This Land Rover Series 2A LWB (long wheelbase) has been through a comprehensive nut-and-bolt restoration by the talented team at Cool n’ Vintage for a world famous client – Deus Ex Machina. Impressively this is the 86th Land Rover rebuilt by Cool n’ Vintage over the past few years, the Portuguese company has become…

Editor’s Note: This film is complete, however it is an older documentary copied from a VHS tape and as a result, the resolution is relatively low at 240P. We’ve been unable to find it in higher resolution, but due to the important nature of the film we’ve chosen to share it anyway. Burt Munro –…