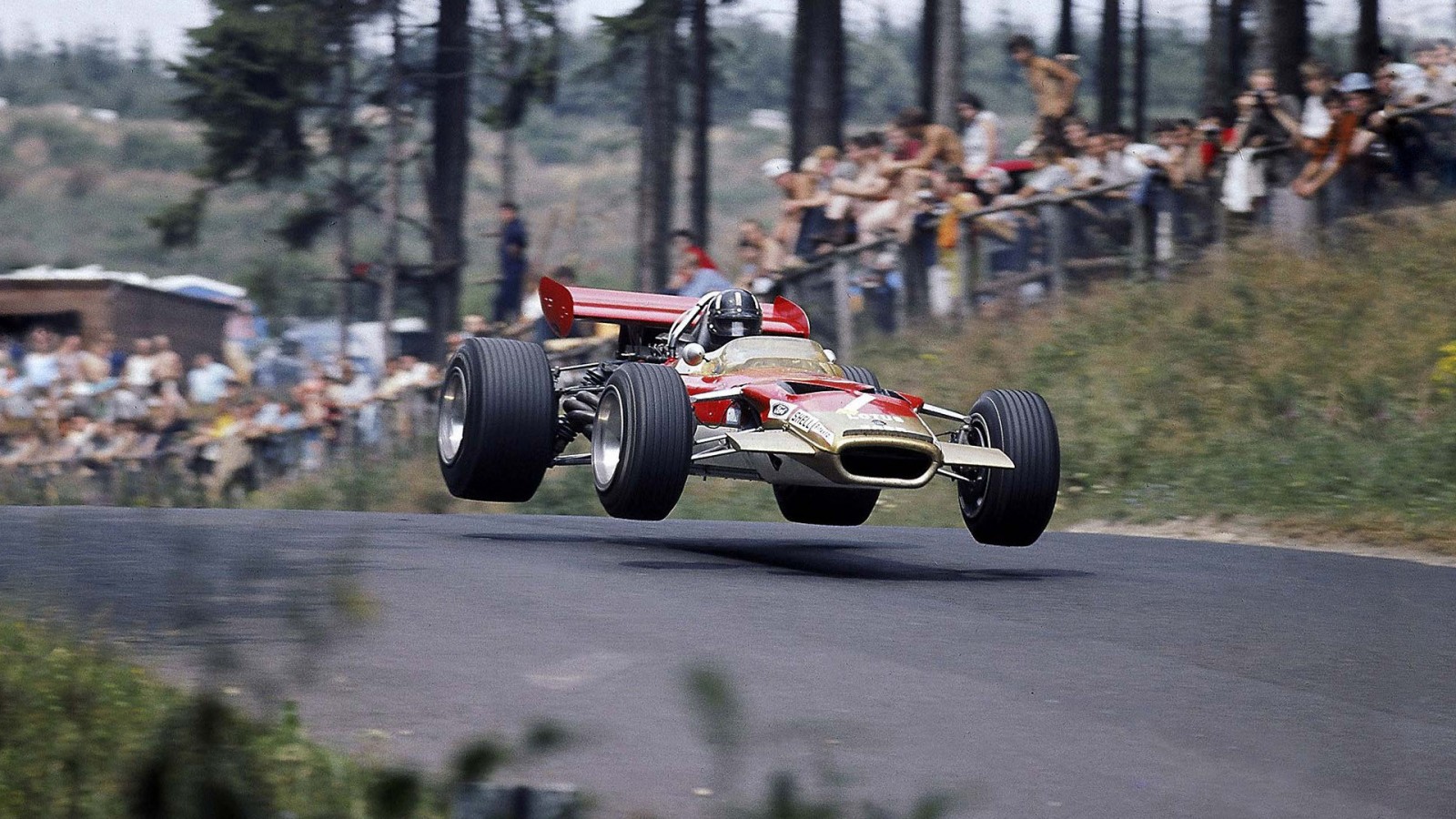 Graham Hill is unquestionably one of the greatest Formula 1 drivers of all time, but he’s possibly more famous for being the embodiment of the British gentleman racer. Although he looked like a member of the House of Lords, Hill was a two-time Formula 1 World Champion, and he’s the only driver in history to win the Triple Crown of Motorsport – the 24 Hours of Le Mans, the Indianapolis 500 and the Monaco Grand Prix.

The image above shows Hill launching his Lotus 49 at the Nurburgring in 1969, at the infamous Flugplatz corner – the name means “flying place” in German, but the name is a coincidence. It was named after the old airfield located adjacent to the corner. 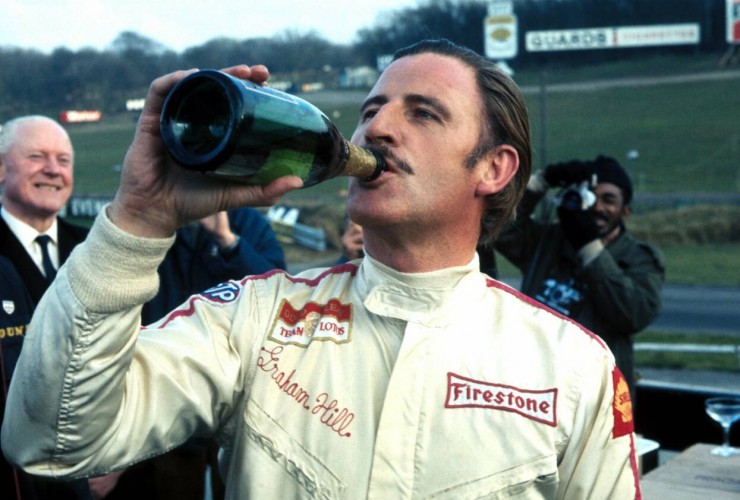