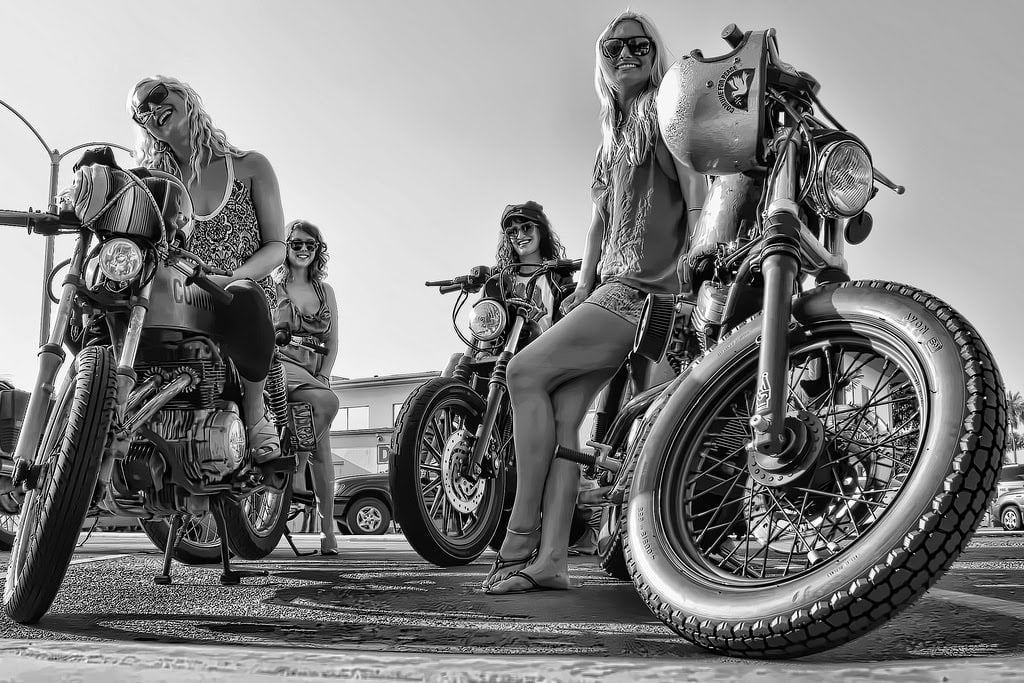 Girls on motorcycles! I won’t bother writing anything else here as no one will look down long enough to read it. Click the image for the larger version.