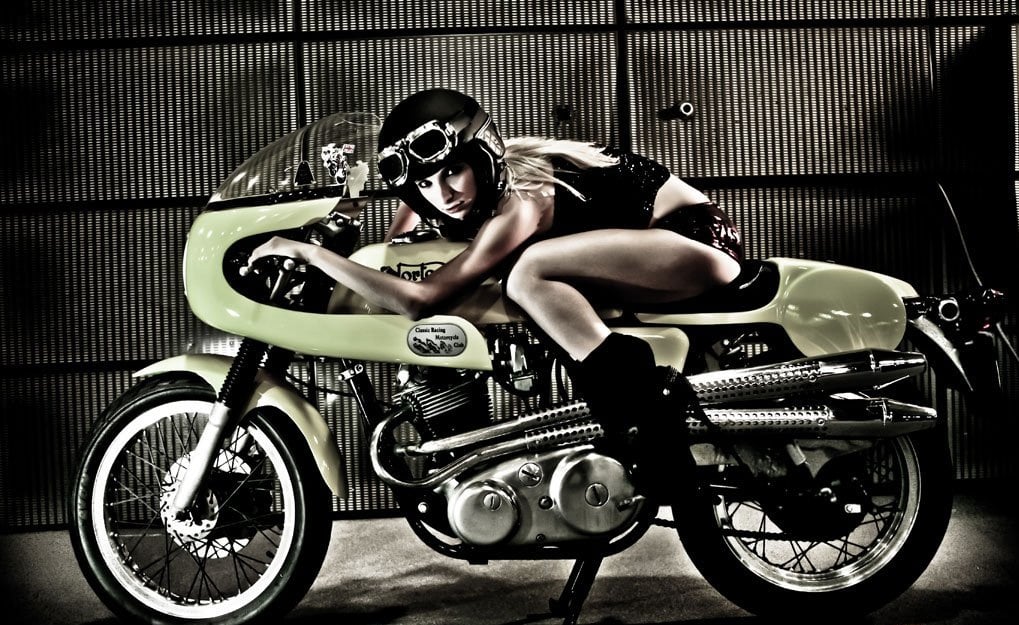 You know you’re a motorcyclist when you look at a picture like this and your first thought is “Goddamn it she isn’t wearing appropriate safety gear”.

The Aston Martin Lagonda Series 4 was the final iteration of what was almost certainly the British automaker’s most controversial production vehicle, and one of the most controversial wedge-shaped production cars of all time. The Aston Martin Lagonda Wedges The 1970s saw the “folded paper” automotive design language roar into the mainstream, largely led by…

The VIBA Jane is a new custom from the talented French team developed over the course of months with SLM Solutions Group AG and Rolf Lenk – both world leaders in the use of 3D printing and selective laser melting. Although 3D printing shows remarkable promise for manufacturing it’s still too expensive in most cases…

This article was written by Chris White aka Buzz Vizualz, it gives a detailed look into his work and his inspiration. Line / Distance / Time / Moment The motorcycle, its construction and purpose is a metaphor for life. Each engine creates its own “big bang” with many repetitions along a timeline. Raw materials are…

Inventor Charles F. Taylor’s one wheeled vehicles are a fascinating automotive “what if?” that never saw the required development time or resources devoted to them to make them a viable production vehicle. The single most remarkable thing about the vehicle is that it doesn’t use onboard computers to manage the stability. It’s a purely mechanical…

This article was written by Death Machines of London founder James Hilton, the man who built the bike you see here before you. When possible we like to bring the story of a vehicle to you in the words of the person or people who built it, to give you direct insight into their thought…

The new Belstaff Resolve Boots were developed by the team at the storied 95 year old British motorcycle apparel company specifically for people who want a safe motorcycle boot that they can also wear while walking around town – without hobbling. Each pair is made from thick 1.8mm to 2.0mm full-grain leather for maximum abrasion…