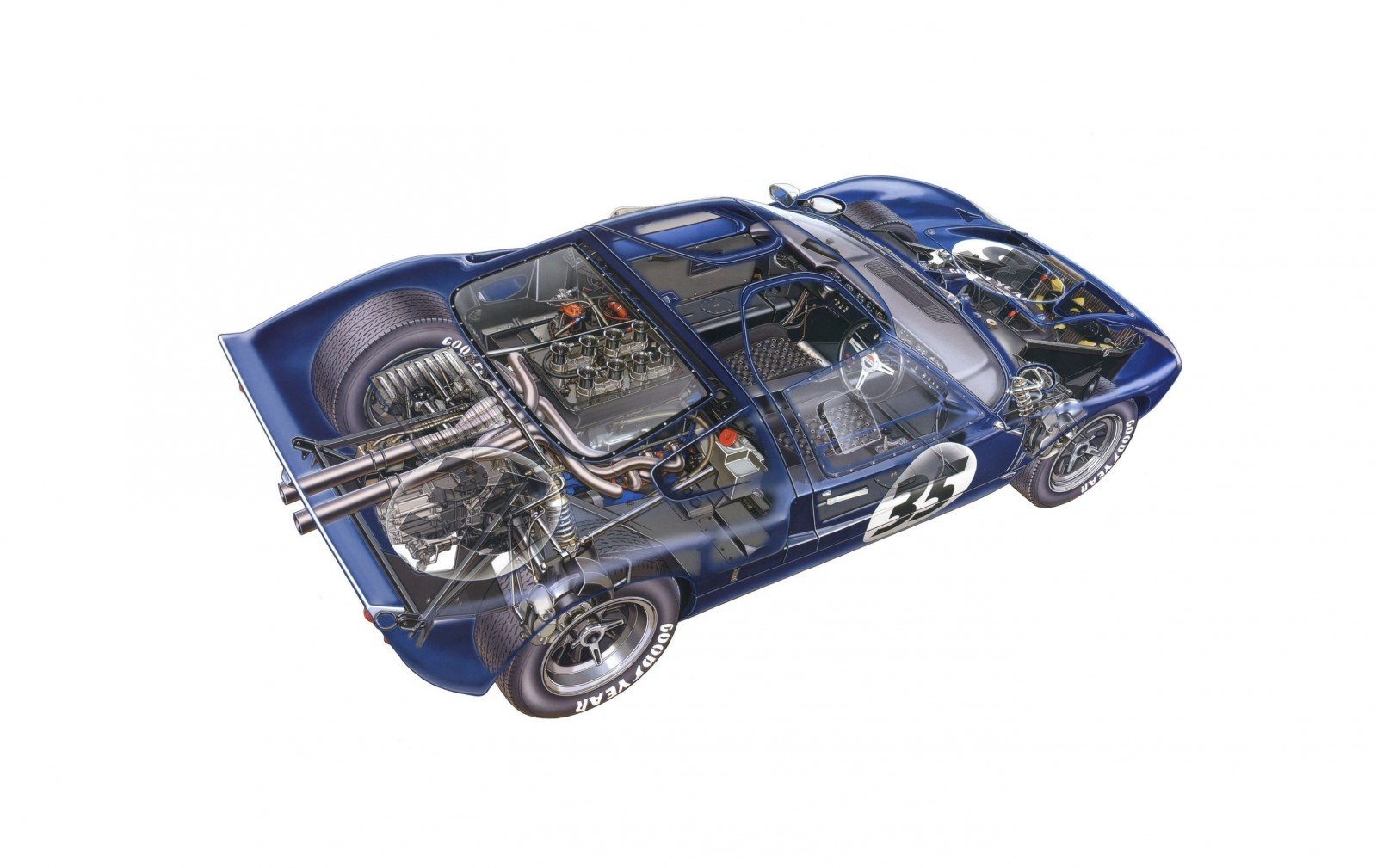 The GT40 gave Ford the first overall Le Mans victory for an American manufacturer in 1966, the win was noteworthy for a few reasons – it was also the first win for an American team at a large European race since Jimmy Murphy took the top step on the podium with his Duesenberg in 1921 at the French Grand Prix.

Somewhat fortuitously Henry Ford II himself was in attendance at Le Mans in 1966 to see the GT40 take victory – in fact the top 3 finishers were all Ford GT40s. This dominance at Le Mans would continue for 4 consecutive years from ’66 till ’69 and it would permanently establish the GT40 as a major motor racing icon – an icon that will be revisited when Ford brings a modern version of the car to compete at Le Mans in 2016.

If you’d like to download the full size version of the cutaway, you can click the image below to open it in a new window – then drag and drop it to your desktop. 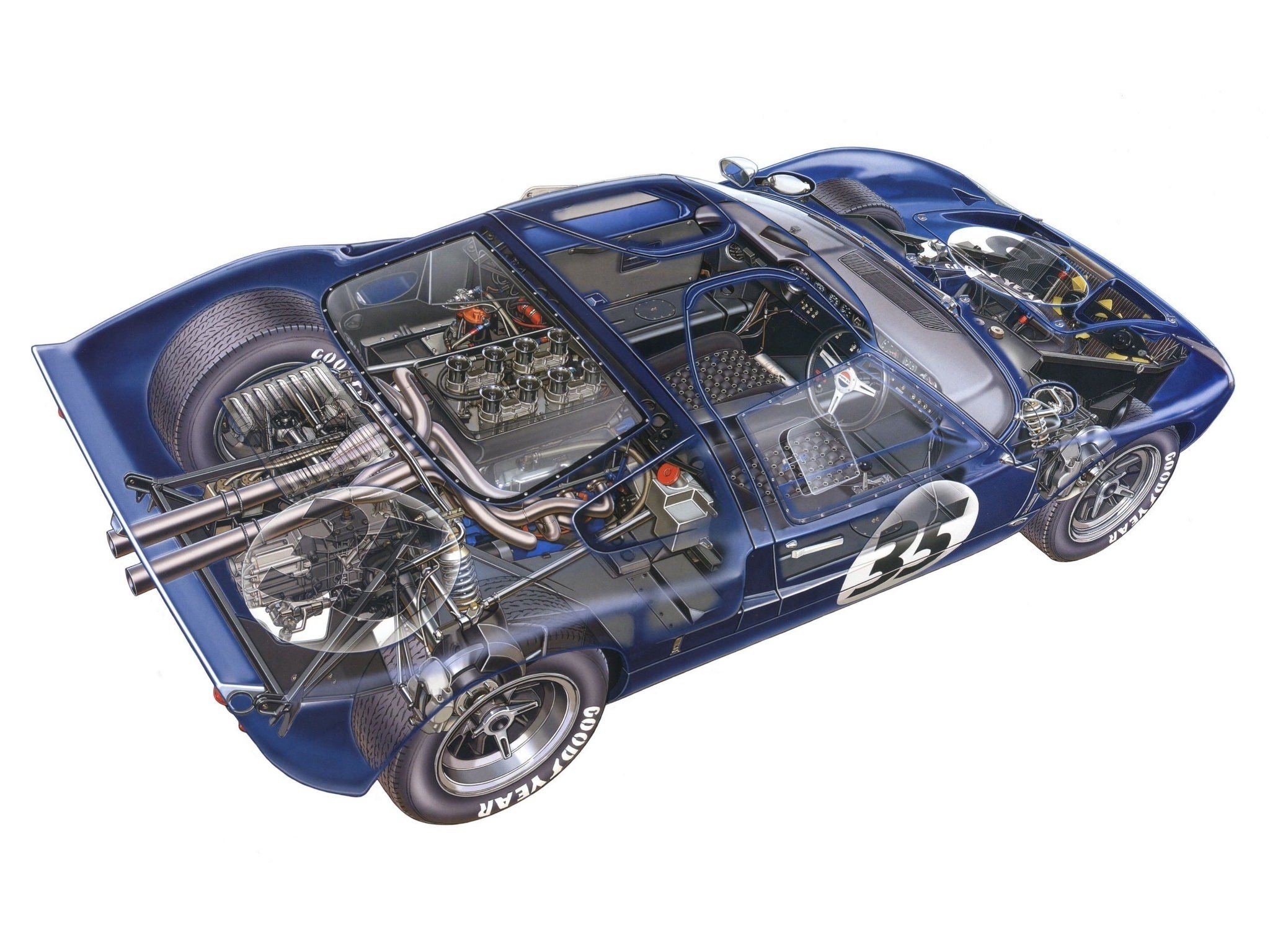 The De Tomaso P70, later known as the Ghia DeTomaso, was a joint project between two independent icons of the motoring world – Alejandro de Tomaso of Argentina and Carroll Shelby of the USA. The project was founded to develop a race car able to compete in and dominate the then-new United States Road Racing…

This is the Clark Fork Copper Flask by the team at Whiskey Leatherworks, they designed it to be an heirloom quality flask that can be passed down from one generation to the next – once the next generation is old enough to drink of course. Each flask is made from food-grade 18/8 stainless steel that’s…

Chuck Yeager is a man who needs no introduction, he was a fighter pilot who flew P-51 Mustangs in the Second World War but it’s his career after the war that made him a household name. After hostilities ceased in WW2 Yeager became a USAF test pilot, flying many types of aircraft, the most historically…

This is a comprehensively rebuilt Range Rover Classic two-door by the team at Legacy Overland, it’s described as a “street dog” 4×4 as it’s a bit of a mongrel, having been built from the parts of three Range Rovers. The chassis come from a Suffix B model from 1973, the body is from a 1983…

Randy Grubb is a custom car and motorcycle builder perhaps best known for being the man who built Jay Leno’s Tank Car. Grubb’s garage has turned out a remarkable body of work including the B-702, Piss’d Off Pete, the Falconer Dodici, the DecoPods, and the DecoLiner. Randy Grubb’s Magic Bus The Magic Bus is Randy…