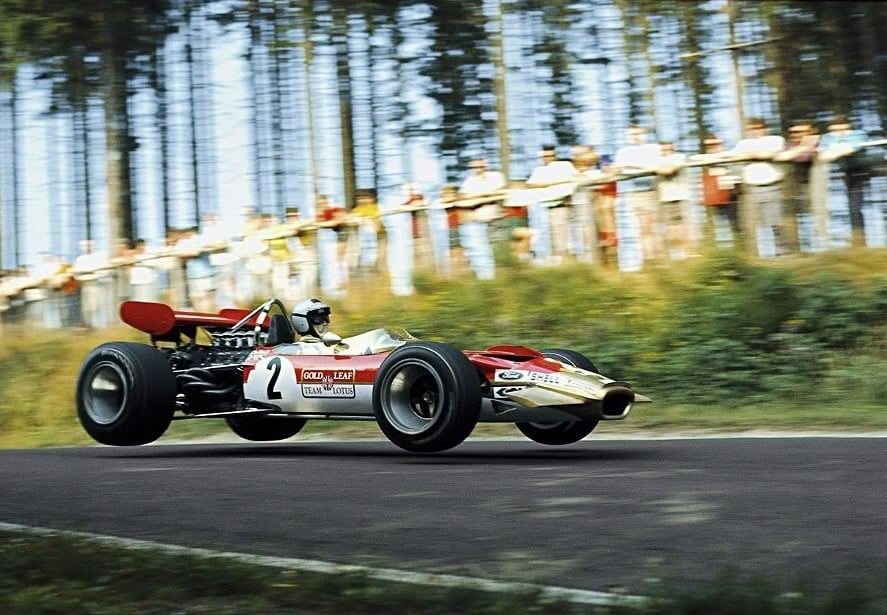 This is Jochen Rindt jumping the Flugplatz corner (literally meaning “airfield” in German) at the Nürburgring in 1969.

Introduction The Austin-Healey Sprite’s most famous and perhaps most endearing feature was its uncanny resemblance to Kermit the Frog: and in fact both the car and the puppet were created around the same time with Kermit making his first appearance in 1955 and the “Frogeye” Sprite entering production and making its first public appearance in…

This 1973 Ford Mustang was built to race in the Trans Am series, with a heavy duty tubular frame developed by the Le Mans-winning Ford GT40 veterans at Kar Kraft, a highly modified Windsor 351 V8 built by Jack Roush, a close-ratio 4-speed transmission with a Hurst shifter, and a 4.11:1 locked differential. From a…

This Suzuki GSX-R 1000R powered 3-wheeler was built by the late motorcycle customization legend Jesse Rooke. It’s undoubtably one of the quickest and most fun to drive 3-wheelers on earth, and more than enough to give any Morgan 3-Wheeler a run for its money. 3-wheelers have always been a little unusual, they never really went…

This Ford Bronco restomod has been comprehensively built from the ground up to be something the factory never originally offered in 1969 – a four-door six-seater with 460 hp, air conditioning and a keyless push-button start. The Ford Bronco The Ford Bronco was initially conceived by Donald N. Frey, one of the men responsible for…