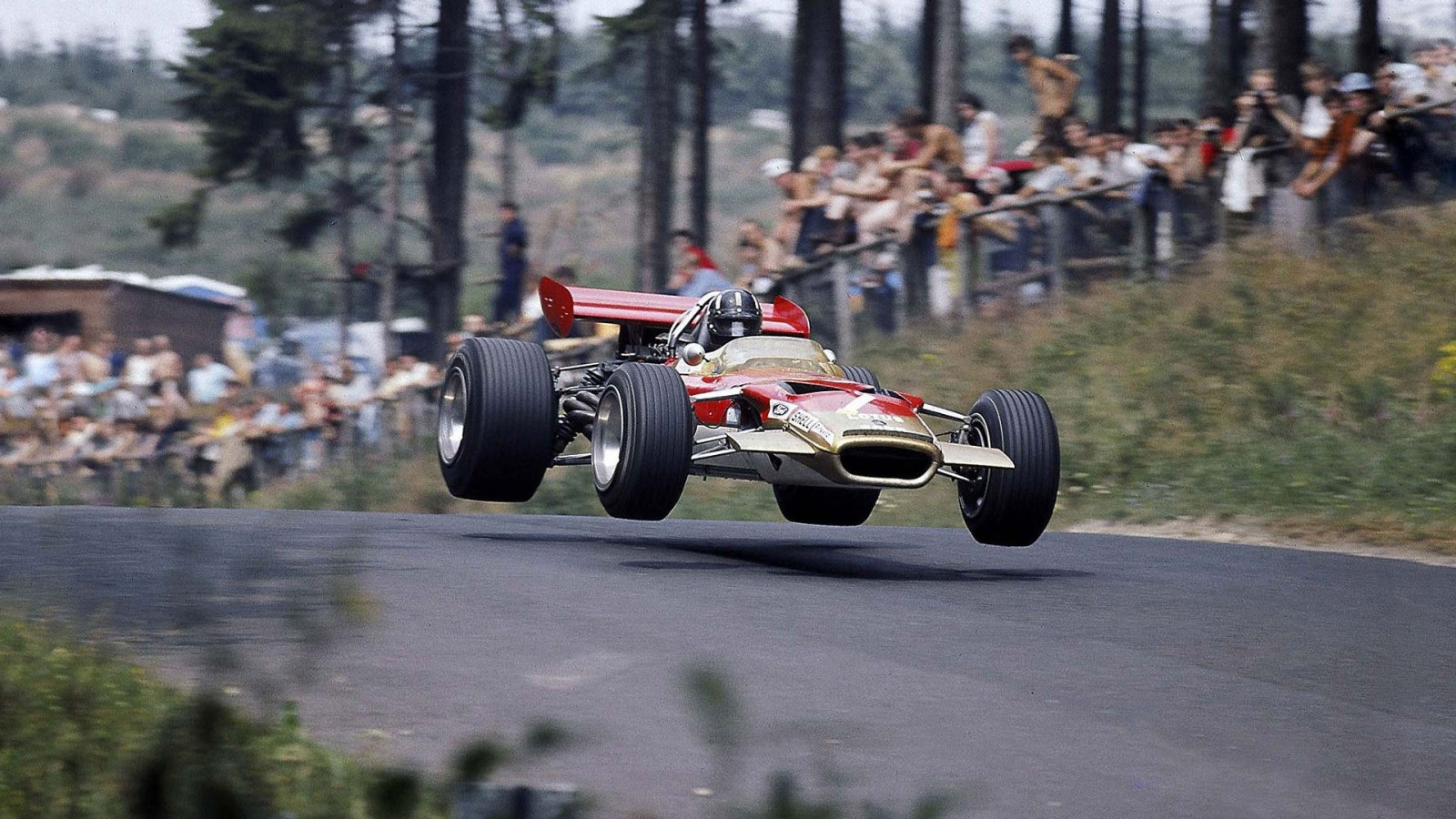 Flugplatz is an uphill, twin-apex corner on the south west section of the infamous Nürburgring. The name literally means “flying place” in German, though interestingly the name didn’t come from the flying automobiles frequently seen in the area – the Flugplatz was named because of its proximity to an abandoned glider airfield.

The photograph you see above shows Graham Hill in 1969 in his Lotus 49 at the Nürburgring on his way to a hard-fought 4th place finish behind Bruce McLaren, Jackie Stewart and race winner Jacky Ickx. This was to be the last Formula 1 race at the original Nürburgring before rebuilding began with armco barriers and safety run-off areas.

Somewhat surpridingly it’s still possible to race on what remains of the original Nürburgring including the Nordschleife, or “North Loop”, that was banned from Formula 1 for safety reasons decades ago. If you’d like to book yourself in to race at the Nürburgring you can click here, and if you’d like to download the wallpaper above you can click here.

Each of these remarkable sculptures is created from a real, race-used Formula 1 exhaust system that have been mounted to a base of carved Italian marble. They’re made by Mike O’Connor, the founder of the Fastest…